Welcome to a new week of Hope & Humor! I’m trying something a bit different. Each Monday, I’ll have a brand new post, two of the favorite posts for writers and normal people, plus cartoons from the previous week, as well as my favorite quips and quotations. I hope you enjoy the encouragement and entertainment!

Remember the wonders he has done, his miracles, and the judgments, he pronounced..
1 Chronicles 16:12

Tomorrow’s my birthday. And, as sort of a tradition, I like to reflect on what God’s been up to from one candle on the cake until tomorrow’s six-alarm fire. (That’s me with Mom and Dad, just short of birthday number one. Even then, I had something to say!)

That Lois Farra would want to marry him. That two tiny cells with twenty-three chromosomes each could grow into two wonderful children, Faith and Paul, and then further develop into five adorable grandchildren. (I am so grateful for recessive genes!)

That a clinically depressed, formerly suicidal, certified introvert with a touch of autism would spend his time bringing hope and humor to readers and audiences around the world.

The time in college when we drove 300 miles back home from a youth convention on New Year’s Day—when no gas stations were open—with the gas tank reading “empty.” When Lois walked out of the intensive care unit after a “fatal” lung infection. How a duct-taped recliner saved our lives. The year of financial miracles when Lois was in seminary, the kids in a a private school and I tried to write for a living. Restoration of broken relationships. The amazing miracles surrounding my overcoming cancer and the publication of The Imitation of Christ. The transformation of “hopeless” people—me being Exhibit A.

I’ll spare you the gory details, but God does have a way of correcting, disciplining, and humbling us in memorable ways! (You can read about it in my book, Squeezing Good Out of Bad.)

It really has been A Wonderful Life!

Spend a few moments yourself to “remember [all] God has done.” And then “give thanks to the Lord . . . sing praise to him, tell of all his wonderful acts”!

My new Lenten series with excerpts from The Imitation of Christ: Classic Devotions in Today’s Language continues on Facebook. This modernization of Thomas à Kempis’ devotional book would make a great morning and evening read during Lent.
Wednesday, February 10, 2016

I believe God makes “prank” calls. Well, at least calls that seem laughable. To serve as his spokesperson, God calls Moses, who claims he’s no public speaker. To deliver the Israelites from attack by a powerful army, God calls Gideon, the least person from the least tribe—to fight with clay pots, torches and trumpets! And to lead the nation of Israel, God calls David, a shepherd boy. The examples continue through the Old and New Testaments and right into our own lives (see above). [Continue reading]

Finding a literary agent is difficult. Finding a good agent is even harder. In the general market, legitimate agents are members of the Association of Authors’ Representatives. However, in the Christian market, there is no such accrediting agency. Unfortunately, this has led to several cases of unethical and incompetent behavior in Christian agenting. So, it’s important to get the answers to these questions—in writing—before signing with an agent: [Read the post] 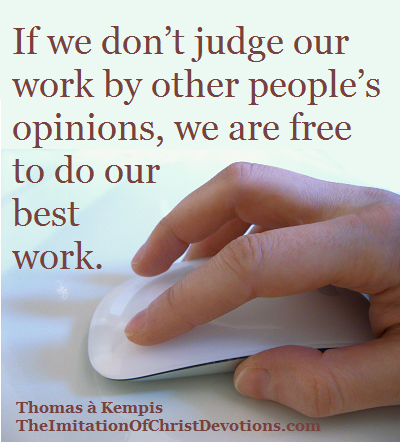 From The Imitation of Christ: Classic Devotions in Today’s Language
Friday, February 12, 2016 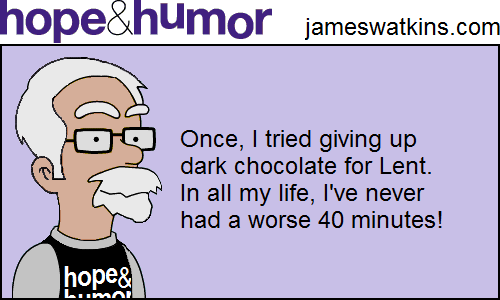 I’m giving up news for Lent (well, actually, limiting myself to just 30 minutes in the evening. No “Good Morning, America,” no Drudge Report or CNN five times a day, no local noon and late-night news.) Pray for me!
Wednesday, February 10, 2016 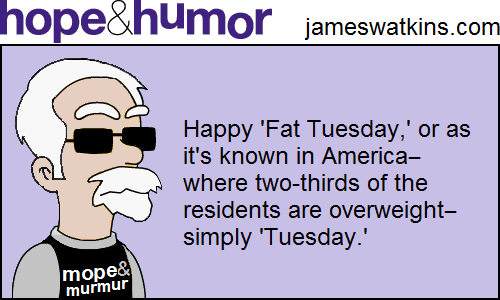 If you, like me, are fighting the battle of the bulge, here’s some humor on Weighty Matters.
Tuesday, February 9, 2016 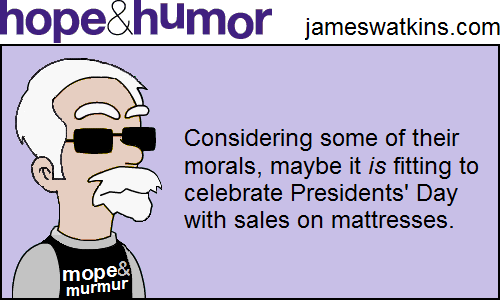 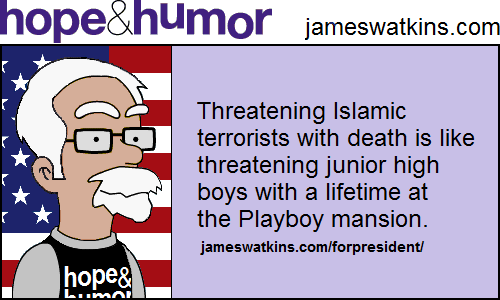 You cannot fight an ideology by military force alone. St. Paul said we “overcome evil with good.” If elected, I would created a new department of Spiritual Warfare! [Read my complete platform for The Tupperware Party: Putting a Lid on Government.]
Saturday, February 6, 2016

Everybody is a genius. But if you judge a fish by its ability to climb a tree, it will live its who life believing that it is stupid. Albert Einstein

Not a whisper of true prayer is ever lost. The longer it waits, the larger it becomes. A. B. Simpson

Your relationship with Jesus is personal but it is not private. Ben Witherington

God calls us to be eagles in a mockingbird world. Jerry Brecheisen

If you enjoyed this issue of Hope & Humor, please share it on your social networks. Thanks!