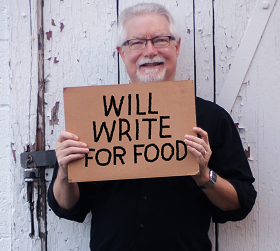 Hi, I’m Jim Watkins: author, speaker, threat to society . . . and investigative blogger! This week, the shocking truth about conspiracy theories, urban legends, my new sexual identity, and the Colonel’s secret herbs and spices!. The truth is out there!

Conspiracy is the word for election 2016: Democrats are warning against “alt-right” conspiracies and “baskets of deplorables,” while Republicans are spreading rumors from Clinton’s serious health condition to the “Clinton body count,” which apparently is being blocked from search giant Google. Here’s a newspaper column from the archives on conspiracy theories, urban legends and other rumors! [Continue reading]

The truth about urban legends!

Authorities suspect the Satanist president of Proctor and Gamble of revenge in the theft of a controversial investigative blogger’s kidneys. James Watkins is known to have made a number of enemies and, thus, possible suspects. He was the first to reveal that the P&G logo is an occult symbol, that Madeline Murray O’Haire is petitioning FCC to ban all religious broadcasting, and that Oreo’s stuffing is filled with spider eggs. [Continue reading]

Author no longer identifies as ‘male’

Humor writer, James Watkins, no longer wishes to be identified by the rigid sexual stereotype of “male.” He joins millions of other people who have embraced, according to ABC News, “58 gender options.”

Watkins claims Galatians 3:28 declares “In Christ, there is neither male nor female.” He further argues that in heaven, there will be no genders (Matthew 22:30).

The author and speaker now prefers to identified as simply “a child of God.” It is not clear how this will affect his standing in his conservative denomination or in the publishing industry.

Last month, the Chicago Tribune reported that Joe Ledington, a nephew by marriage of Colonel Sanders, found a handwritten recipe of KFC’s closely-guarded secret recipe of 11 herbs and spices. KFC is denying that the recipe is authentic although the paper claims the taste is “indistinguishable” from the fast-food fowl.

I suspect someone is now out of the Colonel’s will! 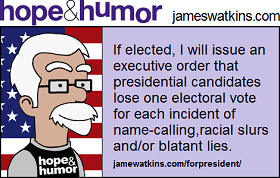 And follow my race for the White House at Watkins for President 2016. The Tupperware Party: “Putting a lid on government.”

Why do we love the idea that people might be secretly working together to control and organize the world? Because we don’t like to face the fact that our world runs on a combination of chaos, incompetence and confusion. Jonathan Cainer

A lie can run round the world before the truth has got its boots on. Terry Pratchett

The complete lack of evidence is the surest sign that the conspiracy is working.

Read quotations of hope and humor at Why? Over 1,000 Quotations on Life’s Most Difficult Questions. 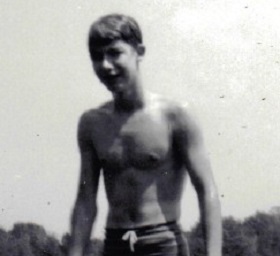 Lifting heavy weights If you’re feeling weak, God is preparing you for a strong future! (2:14 minutes)

All writing copyright © James N. Watkins and is protected by United States and international law. For permission to print or repost, please visit my press page.

If you enjoyed this issue of Hope & Humor, please share on your social networks. Thanks!