Are you absolutely sure there are no absolutes? 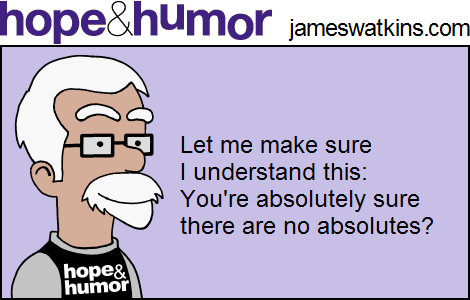 Related quote
“No one is actually a real relativist, including the contemporary secular liberal. Secularists today make a whole host of moral judgments, and they do so unhesitantly. They invoke relativism when arguing against Christians and other cultural conservatives. But they treat their own beliefs and moral principles as objective, absolute, and universal truths.” Brad Stetson and Joseph Conti in The Truth about Tolerance (InterVarsity Press)