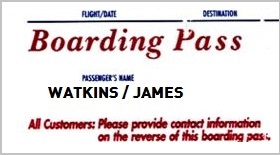 I’ll be flying at 30,000 feet September 11 at 8:46 am—the time that, two years ago, terrorists crashed the first commercial jet into the World Trade Center.

That date has been burned into our country’s collective craniums along with December 7, November 22, and April 20. If you were alive for the bombing of Pearl Harbor, the assassination of President Kennedy, or the killings at Columbine High School, you know exactly where you were and what you were doing when you heard the news.

Two small numbers, 9/11, have become shorthand for an infinite number of emotions: the shock and disbelief of watching the terrorist attack on live TV, the horror of watching the twin towers collapse upon themselves, the national grief as the number of confirmed casualties grew to over 2,800, the growing realization that we are no longer beyond the reach of terrorist attacks, and perhaps most of all, the fact that those who remember where they were on that date, will never, ever be the same.

One of those changes has been my attitude toward flying. I’ve never been afraid of flying. However, I’ve always been at “Code Blue: Guarded” about lost luggage, cancelled flights, $6 hamburgers at the airport snack bar, and having the in-flight movie star Adam Sandler. But I’m just a little “Code Yellow: Elevated” about flying on September 11.

Deranged terrorists have a nasty habit of attacking on anniversaries. Oklahoma City bomber Timothy McVeigh blew up the Murrah federal building on April 19, 1995: the two-year anniversary of the deadly raid on the Branch Davidian compound at Waco, Texas. The 1999 Columbine High School bloodbath was planned to coincide with Adolph Hitler’s birthday, April 20. The Greek terrorist group “The 17th of November” plans some kind of anti-American attack on that date every year. And Palestinian terrorist seem to schedule their attacks around Israeli holy days.

Because I fly a lot, I often get a free upgrade to First Class. I used to think of it as a nice perk of being a loyal customer, but I’m becoming increasingly suspicious that this is just a ruse to recruit passengers to guard the cockpit door.

Airline security has also changed since 9/11. Rather than the woman at the check-in desk asking, “Has anyone you don’t know asked you to carry a bomb on board?” there’s a whole gauntlet of inspection points. The worst, though, is having your checked luggage opened up and your underwear inspected for all to see. (If I remember correctly the 9/11 terrorists had box cutters, not Fruit of the Looms. I’ve never heard of a hijacking where the terrorist yells, “Nobody move, I’ve got underpants!”)

Here’s what keeps me on the edge of my seat which, in the event of a water-landing, serves as a flotation device: to succeed, a terrorist needs only to be a bit smarter than the dumbest airline employee! Robert Hall, a risk management consultant with Frank B. Hall & Co., states, “A terrorist act has a 87% chance of succeeding and that the terrorists themselves have a 79% chance of escaping punishment.” Thanks for that encouraging word, Robert!

The United States policy on terrorism has also changed dramatically since 9/11. According to Richard Miniter’s new book, Losing bin Laden, President Clinton “had the opportunity to stop, catch, or kill bin Laden more than twelve times during his presidency. And on at least two occasions through drones and Global Positioning Systems . . . knew exactly where bin Laden was and refused to take him out well after knowing he was as a national security threat.” Only history will judge if President Bush’s decidedly different “war on terrorism” tactic is a more effective strategy in reducing terrorism.

But the biggest change, since 9/11 perhaps, is the realization that we are all vulnerable to terrorist attacks. That public safety comes with no money-back guarantees. That life is precious and, most of all, unpredictable. And that going on with our lives is the best way to send a message to terrorists. “Kiss my boarding pass, bin Laden!”

So, as I prepare to fly on 9/11, I’ll make sure I pack my best-looking skivvies, email my love to my kids, give my wife an extra big hug and kiss, and hope taking “One-A-Day With Iron” vitamins doesn’t set off the metal detector. I’ll also pray that as a country, we will continue to go about our business with the courage and compassion exhibited in the last two years.

I’ve been joking that Northwest Airlines gives free upgrades to First Class simply to recruit passengers to guard the flight deck door. Such was the case on my Minneapolis-Detroit flight September 14.

About ten minutes from take off, two stowaways burst into First Class terrorizing passengers in the forward cabin. The flight attendant and my seatmate watched in horror as the two intruders flew over my seat. My heart-rate and adrenalin spiked, but I knew I had to act quickly to protect the other passengers. As the terrorists crossed over my lap toward the window, with one swift motion, I flattened them both with the paperback book I was reading.

Okay, it was only two hornets, but I did feel just a bit heroic when the flight attendant praised me for my quick action that averted panic on Flight 750. “Thank you, but just doing my job as a red-blooded American.”