Breaking up without breaking down 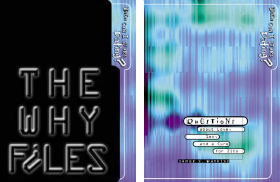 Excerpt from The Why Files: When Can I Start Dating?

“I’ve gotta talk to you right after tonight’s youth meeting,” I stammered.

“I’ve gotta talk to you, too,” my girlfriend replied.

That’s all we said for the rest of the meeting. We held hands during the whole session, but it was mostly out of force of habit. We walked silently into a deserted classroom and just sat there trying not to look at each other.

And then we silently walked out of the room and out of each other’s lives.

Neither of us was really sure why we were breaking up. Maybe it was because I’d be leaving for an out-of-state college soon, and we knew that long-distance relationships rarely worked. Maybe we had just grown apart during our year and a half of steady dating. Or perhaps we were too much alike. Who knew? We just both realized that something very precious to us both was over.

Since then, many teens have asked me, “When and how do you break up?” Each relationship is different, but these general principles may help.

Know when to break up

It’s time to call it quits when:

1. You can’t be yourself with your partner.

2. You feel that the relationship is smothering you emotionally, socially, or spiritually.

3. You sense there are differences in values, beliefs, and life goals.

4. One of you is moving a distance away. Looking back, both of us would have missed rich opportunities to get to know other people if we had tried to keep up a 150-mile relationship for several years. As soon as I left, she started to date one of my good friends. It took me longer to start dating seriously again, but I then met my wife-to-be.

5. You find yourself outgrowing the person. I really believed we were right for each other during the time we were together, but we were growing in different directions.

6. You’re in an emotionally, physically, or sexually abusive relationship. Don’t make excuses for your partner—just get out!

Know when to stay together

There are poor reasons to break up:

1. You disagree. Relationships that can withstand a real disagreement now and then stand a better chance of surviving.

2. The “old feelings” fade. Feelings are certainly important, but we can’t build a lasting relationship on them.

3. You’re married. The principles in this article are for steady or engaged relationships. I’m definitely not suggesting a wife call the lawyer if she feels the relationship with her husband is growing apart. Even in abusive situations, I’d only suggest a temporary separation. During that “time out,” I would encourage the couple to seek professional counseling and work to restore the relationship.

Know how to break up

1. Break up in person. Don’t be a coward and text him or her. It’s much healthier emotionally to end the relationship face to face.

2. Break up cleanly. Don’t dredge up everything that has been wrong with the relationship. Simply tell him or her that you don’t feel that your relationship should continue as it is.

3. Break up clearly. Is this a temporary breakup to think things through and then talk things out? Is this a change in the relationship rather than an end? For instance, do you still want to date this person but also have the freedom to date other people? Is this good-bye forever?
Don’t play guessing games or expect your partner to read your mind. I wish we would have talked more after our breakup. At the time I hurt so badly I didn’t even want to see her—even though we attended the same church and sang on the same TV program.

Finally, a year later, we wrote several long letters to each other that helped each of us understand what had happened. What a relief to discover that we both valued those eighteen months and could still be friends!

Breaking up does hurt. A lot! Relationships are like an old Elmer’s Glue commercial. Two blocks of wood are glued together. Then two bulldozers pull the glued blocks apart. The bond is still in good shape, but the wood has splintered. “Elmer’s Glue—stronger than the wood itself,” the announcer claims. In the same way, it is impossible to break a bond without causing a lot of pain in the process!

But breaking up doesn’t have to mean breaking down. Try to see how you grew and what you learned through the relationship. She gave me back my honor society pin, but she kept those eighteen months of my life. I gave her school ring back. But I kept a year and a half of concerts, youth meetings, milk shakes, school banquets, television productions, valentine cards, dinners at Ponderosa and Burger King, long talks, dreams, and hopes.

But most of all, we kept things that would last the rest of our lives: emotional openness, social confidence, and spiritual growth. We’ve remained in contact throughout the years and can now look back on our going together as a positive part of our lives.

That’s an important point to remember. In each relationship from a major crush in first grade to my wife, Lois, I have become a more caring, more honest, more understanding person. (That’s what girls teach us “insensitive jerks.”) With each date and each serious relationship, we learn invaluable lessons about others and ourselves.

One hit song of the sixties cries, “Breaking up is hard to do.” That’s true—but there’s one thing worse: staying together with the wrong person!

Related posts
• Falling in love—and getting back up
• Children who marry their parents: the psychology of courtship
• Top ten secrets to staying married 30 years
• Top ten reasons I’m not divorcing my wife