Daughter is one tough mother 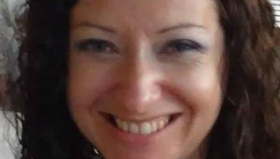 Our daughter, Faith, is one tough mother. She had to be with me as her father.

For instance, while galloping through the house with the two-year-old on my shoulders, the “horsey” didn’t quite calculate the height of the doorway and, well, you can draw your own conclusion. Another time while clearing the sidewalk I accidentally (I promise it was an accident) whacked her with the snow shovel. And fortunately social services wasn’t called when, while drying her off after her bath, backed her bare bottom into an electric wall heater.

She has not only survived but thrived.

What doesn’t kill you only makes you stronger!

She also showed mental and mormal toughness as a teen by staying away from sex, drugs, and roll-n-roll (although “D.C. Talk” CDs were a bit annoying). She went on to work with troubled teens at a boarding school and most recently as a therapist working with families who put the “dys” in dysfunctional. (Last year she was rushed to the hospital when a six-year-old client bit her.)

And she been a source of wisdom and strength during some rough spots personally and professionally for Lois and me. (All our tuition checks for her Psych. classes have really paid off!)

But the most amazing thing to this completely objective, totally unbiased dad, is the past three years.

She’s worked forty hours as a family therapist and as supervisor of the office while the director was on maternity leave.

She’s also been working on her masters degree in social work. I dropped out of grad school when I learned communication majors were required to take “Introduction to Statistics.” For me, the part of the human brain that does foreign language and higher math never developed past Amoeba Man. But I digress, Faith will be graduating from IUPUI in a week.

Plus, on top of a forty-hour a week job and graduate work, she’s also been putting in 20 hours a week for a practicum assignment in an elementary school.

But her greatest triumph was her incredible strength and stamina during the birth of our older granddaughter (8 pounds, 21 1/2 inches).

As a pastor’s husband, I’ve visited with a few women in the maternity ward. One, in particular, kept questioning her husband’s maternal origins and suggesting where he could go.

Faith on the other hand, was one tough mother. While she did grimace and cut off the circulation in hubby’s hand when the contractions spiked, she showed great grace and strength.

I don’t know how she’s kept up with all her responsibilities the past three years or kept so calm and collected during labor. I’d like to think that, like the oak tree that becomes strong through the storms of life, Lois and my imperfect parenting has produced one tough mother.

All this to say, Mom and I are so proud of you, Faith. You are one tough mother and we know you’ll also be one terrific mother!

And just let me know whenever you want Grandpa to babysit your daughter. I promise I’ll make sure there’s adequate doorway clearance!

Faith has continued to show toughness through the birth of a second granddaughter, a difficult divorce, and the challenges of being an amazing single mom working with challenging clients as a therapist. We nominate her for Mother of the Year!