Laziness is a virtue! 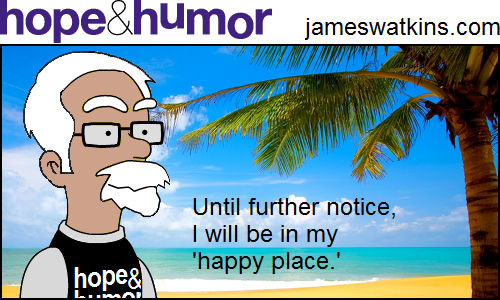 I spent the last four weeks editing four books, so I’m ready for some of those “lazy, hazy days of summer.” Time to laze in the hammock and ponder the importance of . . . well, lazing in the hammock.

Laziness, you see, is a vital virtue! Think about it over a tall glass of lemonade. Where would we be today without this important quality? “Necessity” is not the “mother of invention”! (Maybe a sister or a second-cousin, but not the mother.) Laziness is the mother of invention!

For instance, we’d all be living like the hard-working Amish, who live without electricity and indoor plumbing, if not for this much-maligned virtue.

Grog was too lazy to drag a mastodon back to the cave, so he invented the wheel and, subsequently, the Monster Truck.

The inventor of the flush toilet, Alexander Cummings, was simply too lazy to empty “thunder mugs” or use the outhouse in sub-zero temperatures. (Legend credits Thomas Crapper—a much more appropriate name—with the invention, but he was simply a manufacturer of water closets that bore his name.)

Alexander Graham Bell was too lazy to walk into the next room when he needed his lab assistant Watson, so he invented “voice mail.”

And Henry Ford, the inventor of the “horseless carriage,” was too lazy to shovel out the barn (“There must be a better way to reduce carriage emissions!”).

Every great invention, from the “doodad” to the “thingamabob,” has been the result of laziness. (That’s why the hard-working Amish have never been known as great inventors and innovators. Industry stifles invention.)

Laziness, then, should be applauded as a virtue! So, let’s get in that hammock and put laziness to work!

What is your favorite thing to do on a lazy summer day? Please reply below.

Related posts
• My salute to summer