How does Romans 13 apply to North Korea? 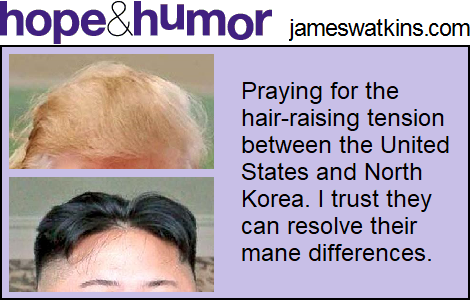 Okay, one more post on the North Korea-United States stare down:

Vocal Donald Trump supporter and mega pastor, Robert Jeffress, has publicly announced. “When it comes to how we should deal with evil doers, the Bible, in the book of Romans, is very clear: God has endowed rulers full power to use whatever means necessary — including war — to stop evil. In the case of North Korea, God has given Trump authority to take out Kim Jong-Un.”

Everyone must submit to governing authorities. For all authority comes from God, and those in positions of authority have been placed there by God.

Keep in mind, when the apostle Paul wrote this, the “governing authorities” were the idolatrous and immoral Roman Empire’s leaders! He argues that it has “been placed there by God.”

Am I missing something here?! Is North Korea any worse than a country with multiple gods, that worships Caesar, considers human bloodshed “entertainment,” and forcefully occupies your land?!

I would rather stress Jesus’ words:

“God blesses those who work for peace, for they will be called the children of God” (Matthew 5:9).

Related posts
• When is war “just”?
• Will MAD rein in madman? “Mutual Assured Destruction” kept US and USSR from obliterating the planet
• You want me to pray for whom? When Paul urged his readers to pray for their leaders, he had Nero in mind!