Did duct-taped recliner save our lives? 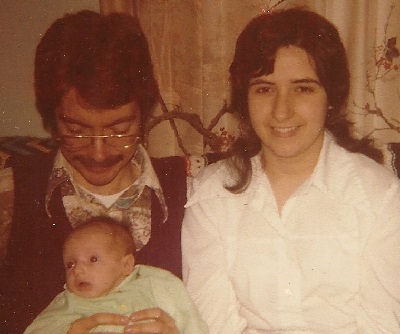 My heart still pounds when I think that Lois, our one-year-old daughter and I could have been murdered.

At Saturday’s St. Davids board meeting, Crystal Hayduk mentioned her family is from New Castle, Pennsylvania. I told her, what I thought was a funny story. I was serving as interim pastor at New Castle Wesleyan. Since we were only there for six months, the church had furnished the vacant parsonage with second-hand furniture complete with a recliner repaired with duct tape and a black and white TV with “rabbit ears” (antenna).

We came downstairs one morning to find the back door kicked in, laying on the kitchen floor. I joked, “The burglars must have looked around and thought, Man, there’s nothing in here worth five to ten years for breaking and entering, because not one thing was missing.

Instead of laughing, Crystal eyes widened. “What year were you there?” 1979. Now she looked concerned. “When in 1979?” I think the break-in was January or February. She looked straight into my eyes. “My uncle was shot and killed by burglars in New Castle in the winter of 1979.”

My heart started pounding as I realized—thirty-five years later—the burglars who kicked in our door may have been the very same ones who killed Crystal’s uncle. I’ll never tell that story the same way again. It’s now a shocking reminder that you and I will never know how many times and in how many ways our lives have been spared from accidents, violence and death.

St. Paul writes, “And we know that God causes everything to work together for the good of those who love God and are called according to his purpose for them” (Romans 8:28).*

God may have “worked” a recliner repaired with duct tape and a black and white TV with “rabbit ears” to our ultimate “good.”

* This certainly is not to imply that God protects every Christian from every evil, but he does redeem every situation for the ultimate good. With that in mind, here are Some thoughts on life’s tough questions.