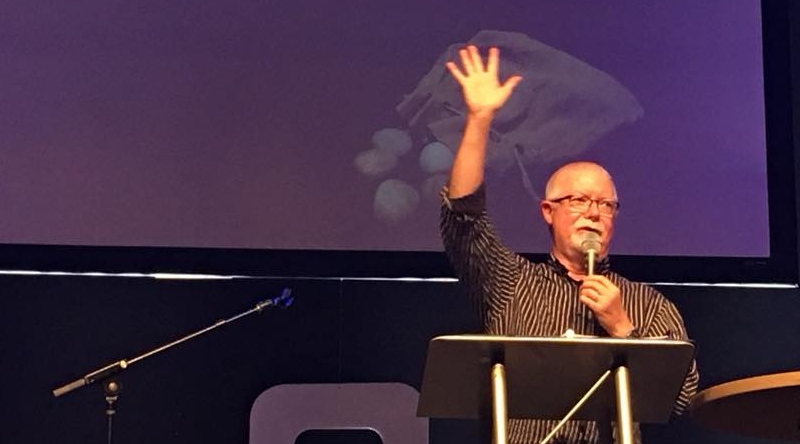 Whew! Last week’s column on research showing that male-female marriages are much more stable and satisfying than same-sex unions ignited some “flaming” emails. I was accused of being a “hateful,” “intolerant,” “homophobic,” “right-wing, conservative Christian nut case,” and a few other things not suitable for a family newspaper. I’ll plead guilty on the “Christian nut case” charge, but I don’t believe attempting to present objective information condemns one to being shackled to the adjectives above.

Truth is not always pretty. That’s why Jamie Buckingham wrote, “The truth will set you free, but first, it will make you miserable.”

And perhaps that’s why Saint Paul writes about the importance of “speaking the truth in love.” He urges his readers, “Let your conversation be always full of grace, seasoned with salt, so that you may know how to answer everyone.”

Unfortunately, many people of faith do far better at speaking their version of the truth than saying it with love.

For instance Fred Phelps and his “God hates fags” protest group proclaim their version of truth that God does indeed hate “[crude term for homosexuals],” “dog kennels/pig sties masquerading as churches,” and pastors who are “demon-possessed Pied Pipers from Hell.”

Some people claim to be full of grace and, so, are “tolerant” of all behaviors believing that truth is “relevant” and that there are no moral “absolutes.” (Many mainline denominations are voting to recognize same-sex unions claiming biblical admonitions against such unions is no longer applicable.)

Curiously they are absolute that they know the truth and have no tolerance for those who disagree.

Then there are those who claim to be full of truth, who loudly proclaim judgment on those whom they believe are disobeying God’s law.

Curiously, Phelps and others seem to be neglecting what Jesus proclaimed is the second greatest commandment, to “love your neighbor as yourself.”

Neither extreme is exhibiting grace or truth.

But Jesus strikes a perfect balance between grace and truth.

He prevents the stoning of a woman “caught in the very act of adultery” (grace), then tells her to “go and sin no more” (truth). He befriends a socially outcast woman (grace), then tenderly confronts her concerning her multiple marriages and current affair (truth). And sometimes, Jesus simply shows grace to a crooked tax collector (“I’d like to come to your house for dinner”) and the IRS agent discovers his own truth (“I’ll pay back double what I’ve extorted.”)

A good modern example of this balance are Christian groups in Africa teaching abstinence as the most effective way to combat AIDS (truth) while, at the same time, caring for its millions of victims (grace).

I try to remain on the balance beam of grace and truth in my writing, but I inevitably fall off on one side or the other. Two weeks ago I received an email accusing me of being “tolerant” and “wishy washy” on the issue of civil unions. This week, I’m accused of being “hateful” and “intolerant” concerning same-sex unions. So, I hope that means I’m straddling the balance beam of grace and truth—at least this month.

And thank you for being gracious enough to keep reading this imperfect attempt to speak the truth in love. You’re great (truth)——even you who send flaming emails (grace)!