Why? Why questions, wise quotations 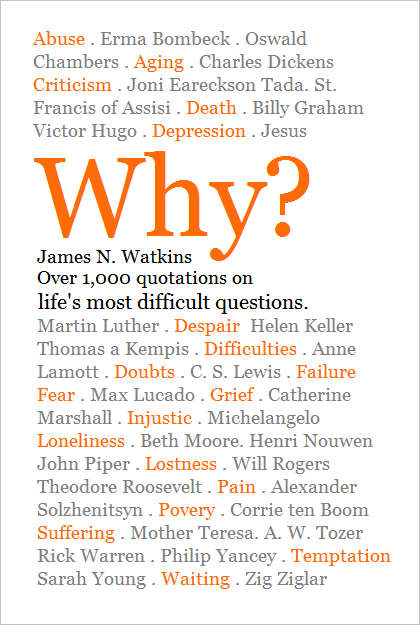 Why do bad things happen to good people? Why is there sickness and death? Why doesn’t God answer my prayers? Why . .?

For over twenty years, I’ve been collecting quotations that attempt to address those difficult questions. So here are over three thousands years of wisdom: from King David (circa 1000 BC) to modern-day pastors, priests, philosophers, politicians, poets, and ordinary people from around the world. (See categories of questions and contributors below.)

• Order today And order extra copies for friends and family.

Order Why? Wise Quotations for Why Questions today. And order extra copies for friends and family.