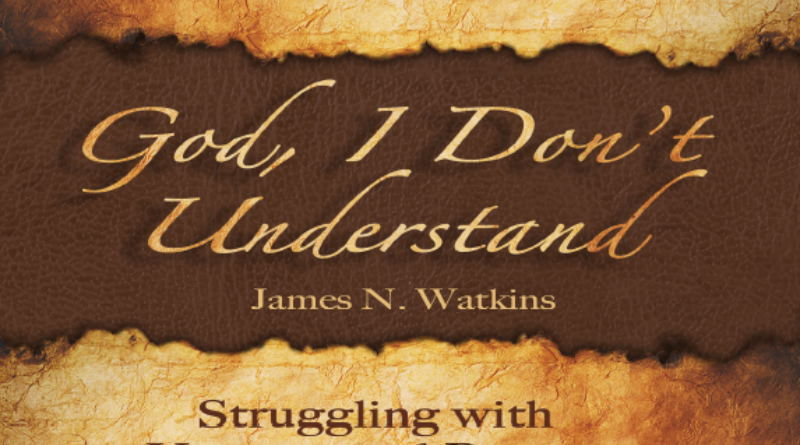 On the kitchen wall in my boyhood home hung a plaque that promised “God Answers Prayer.” Because of those words, reinforced in Sunday school and Bible storybooks, I got the idea that prayer was a 100-percent-guarantee, lifetime-warranty, you-must-be-completely-satisfied-or-your-money-back, over-night-delivery promise.

During adolescence, I prayed that my face would clear up, and those prayers weren’t answered either.

As I grew up, so did my prayers. They were far less selfish and included more altruistic requests such an end to the Vietnam War; for peace between the races as riots broke out across the nation; and— again—pleas for my face to clear up. No answers.

Now that I’m in the third quarter of life’s game, I still have more losses than wins in my prayer bracket. Numerous friends have died of cancer—despite fervent prayers, fasting, and biblical practice of anointing with oil. Christian business leaders, who honored God in their tithing as well as treatment of employees and customers, went bankrupt. Despite prayers for safety, missionary friends have been kidnapped, raped, and killed. Friends who have faithfully spent their entire lives pastoring, are now in government-subsidized housing and trying to survive on food stamps.

1. It may not be his perfect plan

In the Lord’s Prayer, Jesus prays, “May your will be done on earth, as it is in heaven” (Matthew 6:10 NASB). The purpose of prayer is to align our desires with our Father’s desires. He is not our personal online store’s “wish list.” It is not a time to educate God about our lives and the state of the world, but to pray for his will to be done on earth. Yes, prayer is a time to “ask” for needs, but most of all, a time to ask, “How can I do your will within the sphere of my influence today?”

Robert quips, “But sometimes we ask for snakes and scorpions.”

And God graciously answers no. Our Heavenly Father knows best and particularly what will not be good the long run. A no answer is often a positive answer.

3. It may not be the right time

Horatio Bonar encourages us: “No prayer is lost. Praying breath is never spent in vain. There is no such thing as prayer unanswered or unnoticed by God, and some things that we count refusals or denials are simply delays.”

Delays in an answer are often helpful. Perhaps it’s to increase our faith. Here’s my theory: faith develops during the time—often a long time—between the human deadline and heavenly deliverance. Or maybe to write a more exciting story. As I read biblical stories, I’m convinced that God loves drama. The story of the three Hebrew men in the fiery furnace probably wouldn’t have made it into the Bible if Shadrach, Meshach and Abednego had simply overpowered the guards and high-jacked a chariot.

But most of all, delays often increase God’s glory. The story of Lazarus’ resurrection is a classic story of waiting. After Jesus is notified that his friend is dying, he waits until he’s been dead four days to arrive on the scene. Now, what would have given Jesus more glory? Healing Lazarus from a serious illness or raising him from the dead? The delay brought Jesus glory and “many of the Jews believed in him.”

4. It may be the result of unforgiveness, anger or resentment

Again, in the Lord’s Prayer, Jesus prays, “Forgive us our sins, as we have forgiven those who sin against us” (Matthew 6:12 NASB).

The Bible is very clear that unforgiveness and prayer do not mix: “Whenever you stand praying, forgive if you have anything against anyone, so that your Father who is in heaven will also forgive you your transgressions” (Mark 11:25 NASB).

The apostle Paul writes, “Therefore I want the men in every place to pray, lifting up holy hands, without wrath and dissension” (1 Timothy 2:8 NASB).

5. It may be we have wrong motives

Jesus’ brother, James, writes in his letter about unanswered prayer: “And even when you ask, you don’t get it because your motives are all wrong—you want only what will give you pleasure” (4:3 NASB).

If our motives do not flow out of love for God and our neighbor, they are not a part of God’s plan.

6. It may be we are plagued with doubts

Faith certainly plays a role in answers to prayer.

“But he must ask in faith without any doubting, for the one who doubts is like the surf of the sea, driven and tossed by the wind” (James 1:6 NASB).

The woman who touched the hem of Jesus’ robe was hoping to be cured after years of hemorrhaging. “He said to her, ‘Daughter, your faith has made you well; go in peace and be healed of your affliction’” (Mark 5:34 NASB).

However, there is grace for those of us who don’t seem to possess a Spirit-given gift of faith (1 Corinthians 12:9 NASB). I’m so like the father who brought his demon-possessed son to Jesus and confessed, “I believe. Help my unbelief.”

7. It may be we are disobeying the One we pray to

The history of Israel makes it clear that “God detests the prayers of a person who ignores the law” (Proverbs 28:9 NLT).

The only prayer of a disobedient person that God promises to hear is the prayer of repentance.

“Beloved, if our heart does not condemn us, we have confidence before God; and whatever we ask we receive from Him, because we keep His commandments and do the things that are pleasing in His sight” (1 John 3:21-22 NASB).

And sometimes, there doesn’t seem to be any reason. But we are assured by God, “‘My thoughts are nothing like your thoughts,’ says the LORD. ‘And my ways are far beyond anything you could imagine’” (Isaiah 55:8 NLT).

Because God is our loving Heavenly Father, we can be assured that he himself is working out all for our ultimate good—if we love him and are called according to his purpose (Romans 8:28). And what is that purpose. Verse 29 tell us clearly: “to be conformed to the image of his Son.” Perhaps, that’s why our prayers are not being answered in the way we want them answered.

Excerpted from God, I Don’t Understand. I address other biblical reasons in three whole chapters on this troubling topic. Coming soon!