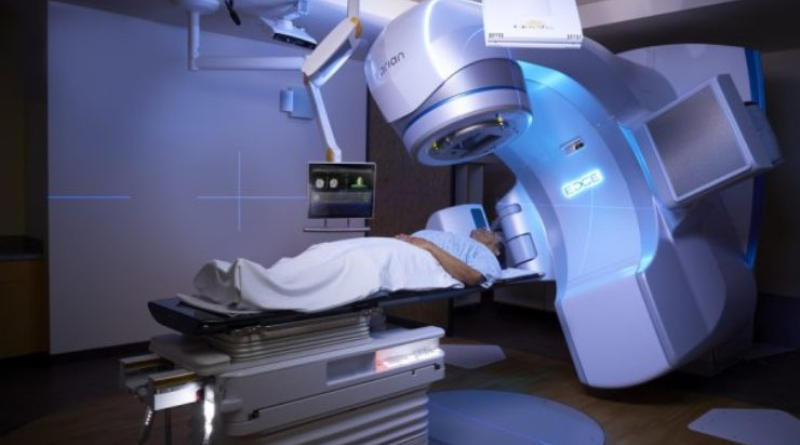 It’s been nearly six months since my doctor sat Lois and me down in his office, somberly looked through his manila folder and announced, “Well, the bad news is you have prostate cancer. The good news is that we caught it as early as possible and it’s completely treatable and not life-threatening.”

So, I have in my right hand, direct from my home office in Corn Borer, Indiana, Top ten things I’ve learned from cancer:

“Sorry, I can’t help with VBS. I’m having radiation for cancer.” One editor actually offered to delay a deadline if I didn’t feel up to writing. And Lois mowed the lawn several times this summer. Nobody is going to argue with you when you beg out with “I’ve got cancer.”

9. I get my very own month—and exclusive club

Yah, yah, October is Breast Cancer Month with all the pink ribbons and major media coverage, but did you know that September is Prostate Cancer Month? Don’t feel badly—it’s a well-kept secret. Probably because men are not about to wear little blue ribbons announcing to the world there’s trouble in Man Land!

But you also become part of an exclusive club—no girls allowed! Sort of like those old veterans who have an instant camaraderie at the VFW post. I’ve been amazed at the number of men who’ve come forward to share that they too have fought the battle of prostate cancer.

To me, hell would be sitting in a waiting room for eternity.

And then waiting one to two years to see if the nuclear attack on Mansylvania will affect Watertown and Loveland.

I’ll post the results of the treatment as soon as I know them, so thanks for waiting with me and especially your prayers. I don’t do waiting well, but I have felt a miraculous peace during this time. And for that, I am grateful—and amazed. (Some thoughts on waiting.)

7. Cancer comes with a capital C and with a lower case c

Prostate cancer is the lazy, under-achiever in the cancer family: it lives in the basement of its parent’s home; slow-growing and easily defeated if caught early. You don’t even “battle” it at my stage. You simply lie back and let the radioactive waves zap the little slacker. It’s cancer with a lower-case c.

So, my heart goes out to those who are facing Cancer with a capital C: those in terrible pain as they wage a life-and-death battle with the monster, who have been told they have six months to live and who will never see their children or grandchildren grow up. I’ve probably been too flippant about my diagnosis and treatment in my blog posts. Sorry! (See my book excerpts on pain and dealing with impending death.)

6. It may be lower case, but it’s still a life-changer

We all need a “wake up call” that life is short and unpredictable, that God and family are the most important things in life, and that we need to leave the world a better place than we found it. I’m grateful mine has been a tap on the shoulder, not a blow to the gut that leaves one breathless, immobilized and dying. (And there is a 5 percent the radiation treatment will not be effective and I will have less than ten years left on this earth—I did mention it is a slow cancer.)

And so I will try to write faster, love my God and family deeper, and live more fully after my wake up call. And I pray your wake up call will be in all lower-case letters!

5. I can now relate to more people than ever

Praise be to the God and Father of our Lord Jesus Christ, the Father of compassion and the God of all comfort, who comforts us in all our troubles, so that we can comfort those in any trouble with the comfort we ourselves have received from God.

I can now relate to those with chronic fatigue. A few weeks I was completely worn out and took more naps than our chow-shep-sky. (As the cancer cells die, toxins are released into the blood stream, creating fatigue, so the worse you feel, the better.) I now know what it feels like to be completely depleted with not one once of strength in reserve.

I can now relate to all those people on the commercials during the evening news with “painful, frequent urges.” The fatigue can be greatly reduced by drinking gallons of water—which, of course, creates its own side-effect. But I was able to keep up with my writing and editing deadlines between trips to the bathroom—for which I’m thankful. (It helps that my home office is right across from the bathroom.)

And, I can now relate to those with mental handicaps. My family dubbed it “radiation retardation.” The physical stress of being bombarded with 60 rads of radiation every day, created real mental stress. I got to the point where I couldn’t add up a simple column of numbers. It was frightening, frustrating, humiliating and depressing. I think I’m over it, but I’ll let you be the judge.

So, I’m now able to comfort those with the comfort I’ve received from God, family and friends.

I have sensed so many little ways God has worked through all this. The cancer was caught as early as possible and is one of the most successfully treated kinds of cancer. God cleared my summer speaking schedule. The high-tech, laser-guided, computer-programmed radiation machine (IMRT) is just four minutes from our house. In the summer, there are no issues with snow and ice in the early morning. The staff at Progressive Cancer Care were caring, compassionate and had a great sense of humor. And, I have a home office just four seconds from the bathroom. So, for all of these blessings, I’m extremely thankful!

My friend, Dennis, died of a brain tumor, even though hundreds of people were praying (and some even fasting) for him, the elders anointed him with oil, and he had faith much larger than a mustard seed. And he still died.

In fact, while Lois and I were pastoring a small church in northern Indiana, ten wonderful, godly people got cancer and everyone of them died—in spite of prayer, fasting, anointing and faith. (Some thoughts on unanswered prayer.)

So, I don’t have a money-back, 100-percent-satisfaction guarantee of good news tomorrow. The only thing I’m promised is that . . .

2. God is in control

“And we know that in all things God works for the good of those who love him, who have been called according to his purpose . . . to be conformed to the likeness of his Son.”

1. I’ve realized how many friends I have

I love the scene from “It’s a Wonderful Life” where the word goes out that “George Bailey is in trouble.” The entire town gathers to pray and pour out their love.

I’ve been completely overwhelmed with the emails and cards expressing love and promising that I am being prayed for daily. And even several envelopes with large checks to help with medical expenses. (The very day I started radiation treatments, Lois had an unexpected hysterectomy.)

It is a wonderful life when you have the love of God, family and friends. Thank you for walking with me on this journey.

Great news! I passed my PSA (Prostate Specific Antigen) test, which means the 42 radiation treatments have successfully zapped the cancer.

My original PSA was 7 (average is 4) and now is 2.9 (better than average). “Thank you, Father!” And thank you for your prayers.

Five years cancer-free! I have since watched as more friends my age—and much younger—have died of cancer, so I am so grateful and humbled with just a touch of “survivor guilt.” My PSA number has continued to drop, but has nudged up a point in the last year. (It’s now .098 which is still very, very good, but not as low as it reached midway, so there’s that nagging thought, Is the cancer is coming back?).

So, I continue to “write faster, love my God and family deeper, and live more fully after my wake up call.” But most of all to marvel that I am alive five years after the nuclear attack on Mansylvania with no lasting damage to Watertown and Loveland!

Feel free to email if you need to talk to someone who has been through the battle of cancer. (Click CONTACT at top of page.)