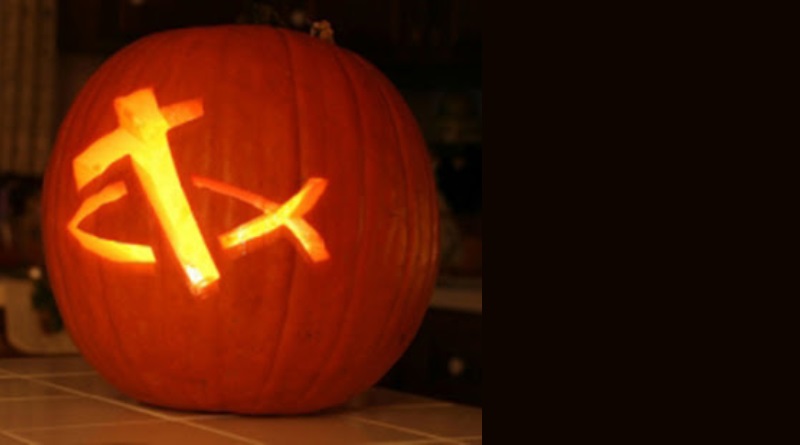 Search Google for “Should Christians celebrate Halloween?” and you’ll get about one thousand sites covering everything from “it’s completely harmless” to “it’s completely hellish.” Here’s site number 1,001 that’s somewhere in the middle:

Halloween’s origins date back two thousand years to the Celtic New Year festival of “Samhain” (pronounced sow-in) named after their god of the dead. (If it’s been a while since World History class, the Celts occupied England, Ireland and northern France.) Samhain was also one of the four high days (sabbats) of witchcraft or, more accurately, Wicca.

On the night before the November 1 new year, Celts believed that Samhain and the dead would roam the earth causing all kinds of trouble. So the Celtic priests, Druids, would demand that all light be extinguished on Halloween night and sacrifices be made to prevent trouble.

To avoid “tricks,” the villagers would bake up “treats” to appease the dead. They would also dress up in ghoulish costumes and parade to the outskirts of town hoping the departed souls would follow them out of town.

After sacrifices, villagers would carry the fire, thought to be sacred, back to their homes in carved out vegetable shells.

In the eighth century Pope Gregory II moved the church festival honoring martyrs of “All Saints” to November 1 as a Christian alternative to the Celtic New Year celebrations. “All Hallow’s Eve” or “Halloween” means the “evening of holy persons” and was to be used in spiritual preparation for All Saints Day.

(Halloween is not the only holiday based on pagan origins. See also my posts on Christmas and Easter.)

So, what should a Christian do?

The Apostle Paul deals with these kinds of issues when he addresses meat offered to pagan idols. Is this wrong for the Christian—who doesn’t believe in the false gods to whom the meat was offered— to eat meat offered to idols? Here’s Paul’s advice:

So then, about eating food sacrificed to idols: We know that an idol is nothing at all in the world and that there is no God but one. For even if there are so-called gods, whether in heaven or on earth (as indeed there are many “gods” and many “lords”), yet for us there is but one God, the Father, from whom all things came and for whom we live; and there is but one Lord, Jesus Christ, through whom all things came and through whom we live.

But not everyone knows this. Some people are still so accustomed to idols that when they eat such food they think of it as having been sacrificed to an idol, and since their conscience is weak, it is defiled. But food does not bring us near to God; we are no worse if we do not eat, and no better if we do.

Be careful, however, that the exercise of your freedom does not become a stumbling block to the weak. For if anyone with a weak conscience sees you who have this knowledge eating in an idol’s temple, won’t he be emboldened to eat what has been sacrificed to idols? So this weak brother, for whom Christ died, is destroyed by your knowledge. When you sin against your brothers in this way and wound their weak conscience, you sin against Christ. Therefore, if what I eat causes my brother to fall into sin, I will never eat meat again, so that I will not cause him to fall (1 Corinthians 8:4-13).

Don’t worry about the ancient association of these holidays with paganism since we know there are no gods of sun and death, and that the dead don’t roam the earth. You’re not appeasing Samhain when you go “trick-or-treating” or sacrificing to the gods by carving a jack-o-lantern. But if your family or friends have reservations about these things, don’t encourage them to do something they feel is “sinful.”

At least that’s my (and possibly St. Paul’s) opinion—among the nearly one thousand other perspectives.

8 thoughts on “Should Christians celebrate Halloween?”