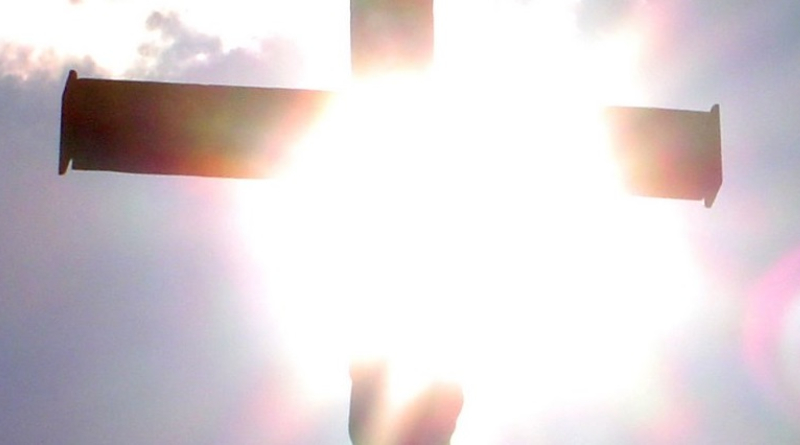 It seems a strange claim to make before his resurrection . . .

I have to admit my childhood memories of Good Friday are not that “good”. As a seven-year-old, I sat through seven pastors preaching seven sermons on the seven sayings of Christ on the cross. My favorite was always the seventh, “It is finished.” It still is, but now for very different reasons.

On a dark Friday afternoon nearly two thousand years ago, Jesus declared his work was finished. It seems a strange claim to make before his resurrection, his Great Commission to go and make disciples, his return to heaven, or the coming of the Holy Spirit at Pentecost.

What was “finished” on that dark day?

Spiritual death was crucified on the cross

Since the time of Moses, a huge, thick curtain had separated men and women from the presence of God. Only once a year, the High Priest alone dared enter the Holy of Holies. And only after blood sacrifices to atone for his sins and the sins of the entire nation.

“And when Jesus had cried out again in a loud voice, he gave up his spirit. At that moment the curtain of the temple was torn in two from top to bottom. The earth shook and the rocks split.”

Therefore . . . since we have confidence to enter the Most Holy Place by the blood of Jesus, by a new and living way opened for us through the curtain, that is, his body, and since we have a great priest over the house of God, let us draw near to God with a sincere heart in full assurance of faith, having our hearts sprinkled to cleanse us from a guilty conscience and having our bodies washed with pure water.

After centuries of a God hidden behind smoke, fire, and a heavy curtain; after centuries of the blood of bulls and lambs to atone for sin, God rips the curtain from top to bottom and invites us to “draw near with . . . full assurance.”

Unfortunately, some man-made “curtains” keep us from drawing near. In one of the most remarkable seven sentences from the cross, Jesus cries out, “My God, my God, why have you forsaken me?!” (Matthew 27:46). We may not have used those exact words, but we have sensed that awful feeling of separation. Perhaps it has been unanswered prayers, unrelieved suffering, or unresolved questions that have been woven together to create a heavy curtain in our hearts. Or perhaps it is sin that we believe is unforgivable. And yet the apostle Paul declares “nothing can separate us from the love of God.” As we dwell on that amazing truth, slowly the curtain begins to unravel and we begin to get a glimpse of God through the threads of doubt and despair.

A second kind of curtain had been spun on the looms of the Pharisees. If we can just be perfect enough, we can draw close to God. The Pharisee sect began during a time of feeling forsaken. Israelites living in captivity in Babylon believed if they could follow the Law perfectly, perhaps God would free them.

The most extreme form of trying to save ourselves occurs on Good Friday in the Philippines where religious zealots allow themselves to be nailed to crosses in hope of receiving spiritual power. We may not do it literally, but many attempt emotional self-crucifixion: “I must punish myself for my deeds.” “I need to ‘clean up my act’ before I can become a Christian.”

But Christ claims, “It is finished.” There is nothing for us to do but to accept Christ’s death and resurrection. The curtains that separate us from God are torn from top to bottom.

Even as Christ’s earthly life bled out of his body, He promised one of the thieves crucified with Him, “Today, you will be with me in Paradise” (Luke 23:43).

But an even more remarkable thing occurred:

The tombs broke open and the bodies of many holy people who had died were raised to life. They came out of the tombs, and after Jesus’ resurrection they went into the holy city and appeared to many people (Matthew 27:52-53).

Even before Christ’s own resurrection Easter Sunday, death was defeated. Paul could write, “Death has been swallowed up in victory. Where, O death, is your victory? Where, O death, is your sting?” (Paul is not implying that Christians shouldn’t grieve, but there is hope in the grief. Click here for a helpful post on death and grief.)

Are there curtains that are separating you from enjoying the presence of God in your life? On Good Friday, the law that separated us from God was finished by unconditional love that draws us to God.

Has grief kept your heart and spirit entombed so it’s difficult to enjoy life? On Good Friday, death that separates us from loved ones was finished by the unending life in Jesus Christ.