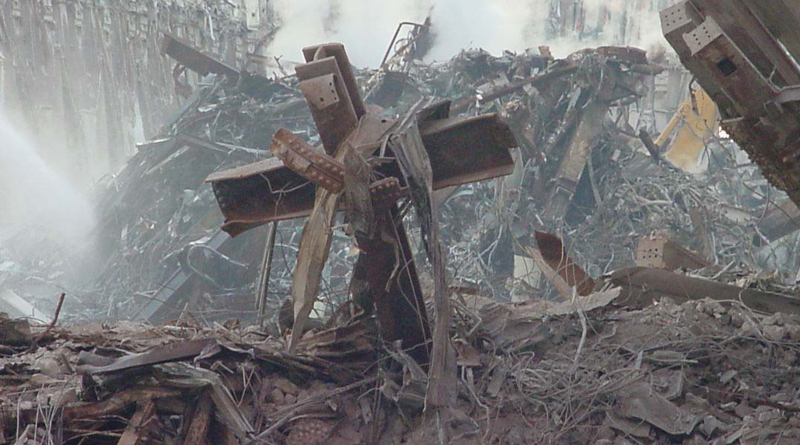 For those of us glued to our TVs on September 11, 2001, certain images are forever burned into our brains: the planes exploding into the World Trade Towers, the towers collapsing upon themselves, the blood- and soot-covered faces. . . . But one image provided hope amid the horror.

Those with access to the site used the cross as a shrine, leaving messages on it or praying before it. Father Brian Jordan, a Roman Catholic priest, spoke over it and declared it to be a “symbol of hope, of faith [and] of healing.” One minister at the site reported that when a family of a man who died in the attacks came to the cross and left personal effects there, “It was as if the cross took in the grief and loss. I never felt Jesus more.”

Cynics have dismissed what has become known as “The Ground Zero Cross.” American Atheist president, David Silverman, taunted, “The World Trade Center cross [is] a reminder that . . . God, who couldn’t be bothered to stop the Muslim terrorists or prevent 3,000 people from being killed in his name, cared only enough to bestow upon us some rubble that resembles a cross.” (Yep, the apostle Paul was right when he wrote “the cross is an offense” to nonbelievers!)

Those who scoff that God was nowhere to be found on September 11, 2001, fail to realize that while God allows freewill—and thus horrific acts of sinful men and women—He is present working good and grace out of the worst kinds of evil. His one and only Son died on a cross to deal with the evil of that day.

And occasionally, God leaves behind a sign of His presence that gives hope to those who will believe.