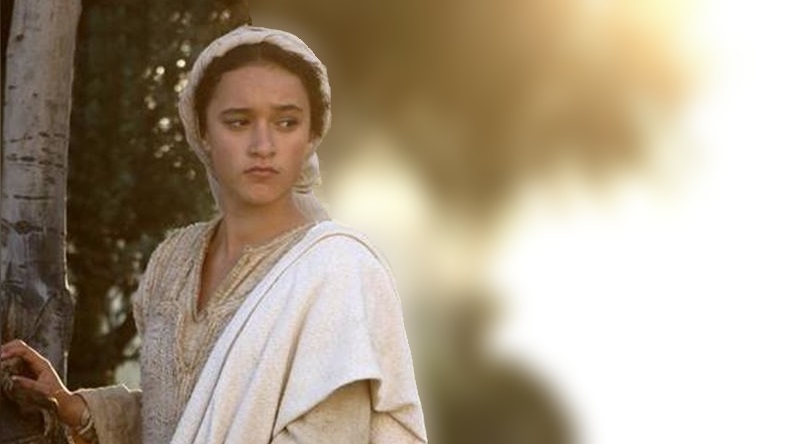 We don’t know what Mary was thinking when the angel proclaimed an outrageous proposition. Perhaps . . .

“Greetings, you who are highly favored! The Lord is with you.”

The teen-aged girl recoiled from the voice that seemed to speak out from nowhere. Trembling fingers steadied the newly-filled water jug atop her head, as her heart raced and her body stiffened. She squinted into the shaded alley of adobe buildings of Nazareth.

“Do not be afraid, Mary; you have found favor with God.”

Troubled thoughts whirled, but any words were pasted to her now dry mouth.

Who is this man that he should speak to me? And how does he know my name?

“You will conceive and give birth to a son, and you are to call him Jesus. He will be great and will be called the Son of the Most High. The Lord God will give him the throne of his father David, and he will reign over Jacob’s descendants forever; his kingdom will never end.”

Mary felt her knees weaken as she took another step backward and stationed the water jug as a guard between herself and the stranger.

She had been taught since a young girl that respectable men do not speak to women in public. And now he was speaking of things that should not be spoken of at all. She tried to collect her thoughts. I must defend my honor against this rude and disrespectful man!

“How will this be,” she managed to utter, “since I am a virgin?” She had kept herself pure for her future husband, and now she was betrothed to Joseph, the craftsman. They would be married within the year, and it was of most importance to remain a virgin until her wedding night.

But rather than be rebuffed, the stranger continued.

“The Holy Spirit will come on you, and the power of the Most High will overshadow you. So the holy one to be born will be called the Son of God. Even Elizabeth your relative is going to have a child in her old age, and she who was said to be unable to conceive is in her sixth month. For no word from God will ever fail.”

She fought to reason through these troubling words. Surely this prophecy cannot be of God. The long-promised Messiah is to be born of royalty—in Bethlehem. And who would believe that a woman could have a child without being with a man. This would bring unholy shame upon my family. It could cause my betrothed to have me put away or, worse, to order me stoned to death. And my child would be despised and rejected by all men.

But, surprisingly, she found herself considering this outrageous proposition. Perhaps if this could wait until Joseph and I are married, then the child would have the protection of marriage—and he would not bear the scorn and condemnation of the world.

The stranger said nothing, his silence only emphasizing his troubling words: “For no word from God will ever fail.”

The silence seemed to stretch into eternity.

Mary closed her eyes and found herself speaking as if hearing the words herself for the first time. “I am the Lord’s servant. May your word to me be fulfilled.”

When she opened her eyes, the stranger was gone. And she pondered these things in her heart.