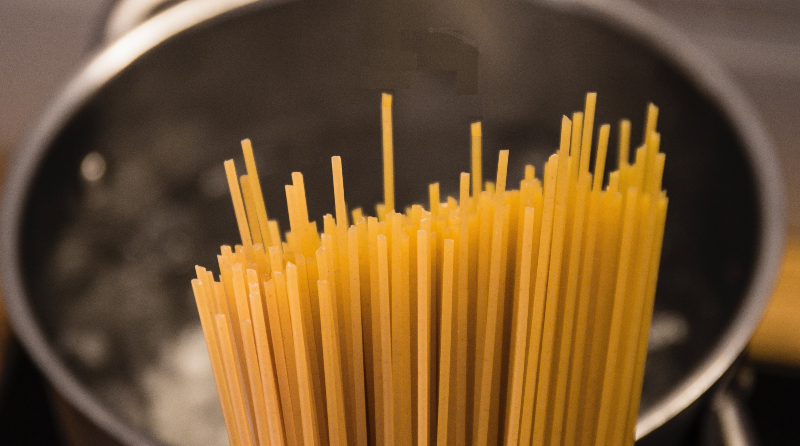 America is feeling the strain of polarization.

In developmental psychology, the ability to see a wide range of good and bad in a person or pros and cons of an issue is called “cognitive complexity.” Or as my grad school professor described it, “How many holes do you have in your pasta strainer?”

It seems in America, we have only two holes in our pasta strainer: black and white. Light gray is forced through the white hole and darker grays are squeezed through the black hole, because there’s simply no opening for gray. Unfortunately, the problems facing America are not as simple as black and white.

When I was in school, he was taught simply as third president of the United States and principal author of the Declaration of Independence who fought for freedom from Great Britain and wrote, “that all men are created equal, that they are endowed by their Creator with certain unalienable Rights, that among these are Life, Liberty and the pursuit of Happiness.” Pure white!

But today, there are those arguing that Jefferson should be labeled as pitch black, text books should rewritten, and his face removed from Mount Rushmore. Why? Jefferson owned hundreds of slaves, fathered six children with a slave woman, and ran a nail factory that employed children who were beaten for not making quota. And for Christians, he was certainly not a fellow believer, claiming Christ was a good teacher, but not divine and any teaching otherwise was “a pile of dung.”

To classify Jefferson—or any other human being—as pure white or pitch black creates a cardboard caricature. He’s gray like all the rest of us! But if we don’t have a gray hole, we’re forced to take opposite sides on the former president.

Even the Bible acknowledges that heroes are often a murky combination of white and black. Abraham is polygamous liar, Moses was not allowed to enter the Promised Land because of his disobedience and King David was an adulterer who had his lover’s husband killed. And just after Jesus commands his disciples to be known for their love, Peter takes a sword and whacks off the ear of one of the men coming to arrest Jesus. I don’t think he was aiming for just the ear!

People are not all black or white and neither are issues.

For instance, can we support the police while admitting there are racial and mental health issues that need to be addressed? Can we condemn police brutality, while at the very same time speak out against rioting and looting? Can politicians work across the aisle to promote legislation for the good of the entire country? Can we admit that dealing with a global pandemic is complicated and that we all need to cooperate to stop the rampant spread?

To do that, we’ll need to take some time to get to know others and their perspectives. To realize that life is often shades of gray. And that to bring our country together will require drilling some more holes in our pasta strainer!

Note: As a follower of Jesus Christ, I believe he taught that some things are black and white: hate and love, pride and humility, judgment and salvation, as well as other issues. But he also taught loving our neighbor—and even our enemies. And that begins by viewing them as fellow fallen creations of God not simplistically sinners and saints. We all have “fallen short of the glory of God.”