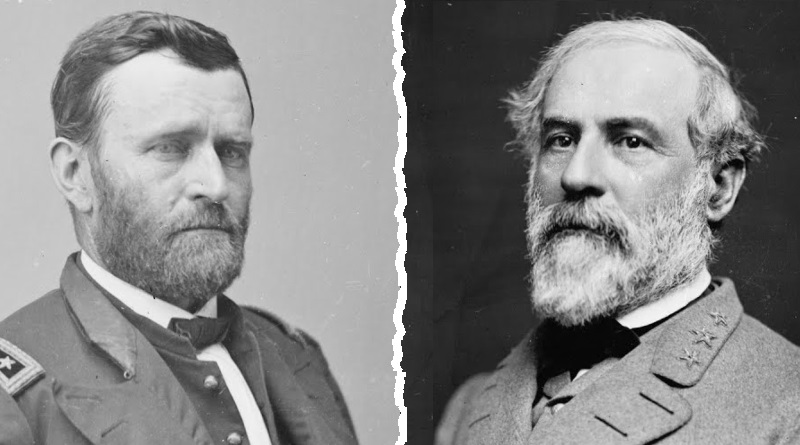 America has always been more “un-united” than “United” during my lifetime: deadly race riots, protests of unpopular wars, bitter political fights creating years of deadlock. Today, the States seem less United than ever, but keep in mind that less than 150 years ago, Americans were killing each over the issues of government sovereignty and slavery. And both sides sincerely believed that God was on their side! Sound familiar?

So, deep divisions are nothing new. Here’s one of my newspaper columns from 16 years ago that is even more relevant today:

Pundits are claiming that our country is “polarized” to Civil War proportions over moral, fiscal and political issues. Part of the problem maybe that many of the issues that polarize us as a country are religion-based. And whenever the “God card” is played, the stakes are suddenly raised to the Third Heaven!

Even the Civil War itself was filled with “Christian” conflict. (Not surprising since Christian conflict dates back to the very first Christians such the sibling rivalry between “The Sons of Thunder.” Even the Mother of Thunder got involved!) In the film, God and Generals, Confederate General Thomas “Stonewall” Jackson, who once considered becoming a missionary, offers this prayer as he prepares for the Battle of Bull Run:

Dear Lord, this is your day, you have admonished us to keep it holy. I am ready Lord, your will be done. It is your sword I will wield into battle, it is your banner I will raise against those who will desecrate our land. If it is my time to come, then I will come with all the joy in my heart. Amen.

In the same film, Union Colonel Lawrence Chamberlain, trained as a theologian, explains to his brother why they must fight for the North and the liberation of slaves.

An army is power. Its entire purpose is to coerce others. We have seen more suffering than any man should ever see. The end must justify the cost. War is a scourge, but so is slavery. It is the systematic coercion of one man over another. That is no excuse to tolerate it here. If your life or mine is part of the price to end this curse and free the Negro, then let God’s will be done.

Wait a minute! Both sides of the “Great Northern Aggression” (if you’re from the South) and the “Fight to Free the Slaves” (if you’re from the North) profoundly and passionately believed that God was on their side. Jackson and Chamberlain were both sure it was “God’s will” to fight the other.

When asked if God was on the Union side, President Abraham Lincoln responded, “Sir, my concern is not whether God is on our side; my greatest concern is to be on God’s side, for God is always right.”

So, how should Christians respond to a polarized and divided “United” States made up of red and blue states, conservatives and liberals, as well as holy “hawks” and devout “doves”?

Scripture provides a Biblical Convention of War of sorts:

Be loving toward your enemies

“You have heard that it was said, ‘You shall love your neighbor and hate your enemy.’ But I say to you, Love your enemies and pray for those who persecute you.”

Be gracious toward your enemies

Walk in wisdom toward outsiders, making the best use of the time. Let your speech always be gracious, seasoned with salt, so that you may know how you ought to answer each person (Colossians 4:5-6).

If possible, so far as it depends on you, live peaceably with all. Beloved, never avenge yourselves, but leave it to the wrath of God, for it is written, “Vengeance is mine, I will repay, says the Lord'” (Romans 12:18-19).

Be willing to admit they may not be the enemy

First, God may be on both sides of a polarized issue. Even on issues, we see through a glass darkly (1 Corinthians 13:12).

And there arose a sharp disagreement, so that they separated from each other. Barnabas took Mark with him and sailed away to Cyprus, but Paul chose Silas and departed, having been commended by the brothers to the grace of the Lord. And he went through Syria and Cilicia, strengthening the churches (Acts 15:39-41 ESV).

Now Cyprus and Syria as well as Cilicia were both being evangelized! Organizational disputes and church splits are never pretty, but sometimes they result in doubling God’s efforts! Could it be that both sides of a perceived dispute are “right” and are accomplishing God’s purposes in two very different ways?

Second, there is only one true enemy: Satan himself. People are never our enemies. They may be prisoners of war, who need to be liberated from the true enemy’s bonds. Only in Christendom do we shoot POWs! Christ came to set them free.

Note
Just so there no misinterpreting of this post: God is never, ever pleased with hate. The ideology of the KKK, neo-Nazis and white supremacists is diametrically opposed to Jesus’ commands to love our neighbors . . . and our enemies.