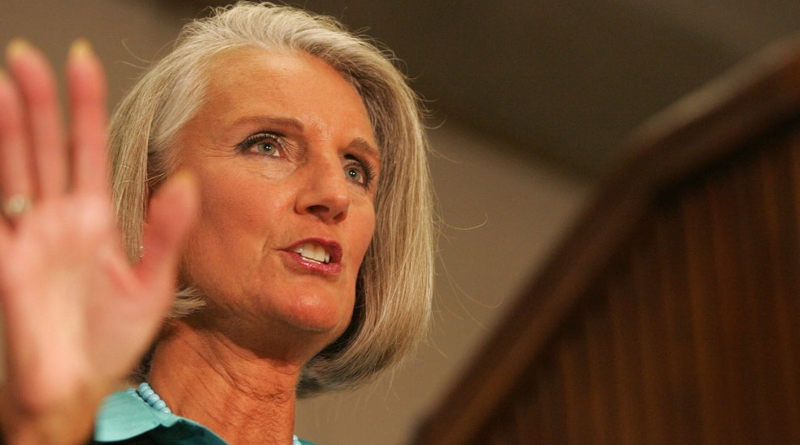 “I’ve always wanted to be in some kind of ministry, but I always thought of it as being a pastor’s wife. But now I’m sensing that God is calling me into more pastoral ministries.” Kaylah was a sophomore on the campus where I served as communications pastor of an adjoining church.

“Well, not really. My home church doesn’t believe women should preach or be in any kind of authority.”

“And what do you think about women in ministry?”

It’s a difficult question with multiple conclusions. Some denominations allow women to be ordained and to fill any pastoral and administrative position. Some limit women to children and women’s ministries, but don’t allow any administrative authority or teaching over men. And all believe they have biblical arguments for their case.

In looking at this issue, it might be helpful to utilize what has become known as John Wesley’s “quadrilateral.” While the founder of Methodism and the holiness denominations didn’t call it such, he did teach that finding God’s position on an issue or decision involves scripture, tradition (the two-thousand-year-old history of the church), reason (rational thinking and sensible interpretation) and experience (not a personal experience, but an experience of the larger Christian community). “When all four line up, it’s evidence of God’s approval concerning the issue or decision.”

“So, Kaylah, what kind of roles for women do you find in Scripture?” Kaylah had just taken Old and New Testament Survey classes, so she had a ready answer.

She began with Adam and Eve both being created in the image of God and both being given authority to rule over creation. It was not until after the fall that Eve’s equal role was diminished. She also noted that the mutual dominion and mutual submission was reinstated “in Christ” (Galatians 3:28, Ephesians 5:21).

Kaylah moved on to Miriam, the sister of Moses, who was a prophetess. Hulda was a prophetess (2 Kings 22:14-20) who authenticated the contents of the scrolls found during the reign of Josiah. Deborah was a prophetess and a judge who ruled over the kingdom of Israel (Judges 4:4-5).

Women had an expanded role in the New Testament from the very beginning. In Luke 2:36-38, the prophetess Anna spoke to those in the temple of Christ “to all who were looking for the redemption of Jerusalem.”

On the day of Pentecost, the apostle Peter quoted the prophet Joel to explain what the Holy Spirit was doing: “I will pour out my Spirit on all people. Your sons and daughters will prophesy. . . . Even on my servants, both men and women, I will pour out of my Spirit in those days” (Acts 2:16 NIV).

Women prophesied in the early church (Acts 21:9), and Paul supported women prophesying and praying publicly in the church services as a normal practice (1 Cor. 11:5). He included the names of Phoebe as a “deacon”—there is no word “deaconess” used in the Greek texts (Rom. 16:1). Some ancient manuscripts appear to refer to a woman apostle by the name of Junia (Rom. 16:7), and Paul listed women whom he called his “fellow-laborers”: Mary, Tryphaena, Tryphosa, Persis, Julia, Nereus’ sister, and Olympas. Euodia and Syntyche “worked side by side” with Paul.

“Let your women keep silence in the churches: for it is not permitted unto them to speak; but they are commanded to be under obedience, as also saith the law. And if they will learn anything, let them ask their husbands at home: for it is a shame for women to speak in the church.”

“Let the woman learn in silence with all subjection. But I suffer not a woman to teach, nor to usurp authority over the man, but to be in silence.”

“My church takes those literally.”

“Do they really? Do women teach Sunday school? Do they sing in the choir? Do they talk in the church foyer.”

“Hmmm? I guess they only take some literally.”

“The problem with taking these texts as commands for all churches for all time is that they don’t harmonize with the hundreds of other biblical examples of women prophesying and leading the church. For those churches, where women were illiterate, where matriarchal goddess worship was loud and lewd (and converts may not have abandoned those worship practices), it made sense. But in the majority of cases, women had positions of prominence. Lydia was a church leader in Philipi, Priscilla led three churches in Rome, Corinth and Ephesus as well as discipling Apollos.”

I continued, “Because arguments from Scripture are often proof-texted, that’s why Wesley suggested looking at three other elements.”

“You’re taking church history next semester, right?” I went on to explain that into the middle of the second century, women continued serving as church leaders, deacons, teachers and prophetesses. The author of the Acta Theclae praises Thekla, a woman teacher in about A.D. 180. Tertullian, identifies this author as a “presbyter” of Asia Minor and makes no objection to Thekla teaching.

“Apparently both men and women held positions of authority until the early church became influenced by the Romans.”

Women continued to exert leadership, but outside of the institutional church. Argular von Grumback (1492-1563) was a powerful proponent of the Reformation whom Martin Luther described as “making a valiant fight with great spirit, boldness of speech and knowledge of Christ.” During the Puritan era, Anne Hutchinson (1591-1643) began services in her home with her congregation including Henry Vane, governor of the Massachusetts Bay Colony.

During the seventeenth century, the Quaker movement began accepting women in an equal role in ministry. Mary Fell, who became founder George Fox’s wife, wrote Women Speaking. Arguing against the Puritan ban of women speaking in church, she wrote that the ministry of women was “Justified, Proved, and Allowed of by the Scriptures.”

The holiness movement, in the late eighteenth and nineteenth centuries, declared that sons and daughters would prophecy as they were filled and empowered by the Holy Spirit. John Wesley (1703-1791) employed women as class leaders and one or two as preachers. Luther Lee, one of the founders of the Wesleyan Methodist Connection of America, preached the ordination sermon of the first woman ordained in America in 1853 using Galatians 3:28 as his text.

Phoebe Palmer (1807-1874) preached across America and Britain leading thousands to totally commit themselves to the leadership and power of the Holy Spirit—including several bishops. Although she was not formally ordained, she wrote a dozen books and edited the magazine The Guide to Holiness. In response to those who opposed her preaching, she wrote The Promise of the Father in 1859, inspiring thousands of women to go into the ministry.

When William Booth, who would eventually found the Salvation Army, began courting Catherine Mumford, much of the correspondence included her arguments for the full equality of women to minister. In a sixteen-page letter dated April 9, 1855, Catherine wrote: “I believe woman is destined to assume her true position, and exert her proper influence by the special exertions and attainments of her own sex. . . . May the Lord, even the just and impartial One, overrule all for the true emancipation of women from swaddling bands of prejudice, ignorance and custom, which, almost the world over, have so long debased and wronged her.”

After her marriage in June of that year, Catherine Booth became a powerful preacher and advocate for women’s right to serve the Church in equality with men. From the beginning until today, the Salvation Army ordains both husband and wife of married couples and gives them identical ranks, so half of the 17,000 ordained officers are women.

This movement of women serving with equality to men has continued to grow in mainline, evangelical, and holiness churches. The Church of England, which voted to ordain women in 1992, fifteen years later ordained more women (213) than men (210). According to the Hartford Institute for Religious Research, the United Church of Christ’s clergy consists of 25 percent women, the Presbyterian Church (U.S.A.) 19 percent, the United Methodist Church 15 percent, the Church of the Brethren and Episcopal Church 12 percent, Church of the Nazarene and the Wesleyan Church 11 percent.

It’s estimated that 10 percent of all clergy in the United States are women.

I went on to show God’s feminine nature in Isaiah 66, “As a mother comforts her child, so will I comfort you.” Jesus yearns, “How many times I wanted to gather your children around me, as a bird gathers her young under her wings.” Many of His parables presents God as a father, but the parable of the lost coin features a woman illustrating God’s concern for the lost.

We continued to talk about Jesus’ treatment of women—probably the strongest reason to allow women an equal role and responsibility in sharing the gospel. In a culture where women were uneducated and considered “chattel” (property), Jesus welcomed women disciples and defended the teaching of women in the famous story of Mary and Martha. He commanded the Samaritan woman at the well to go tell her village His message. He commissioned Mary Magdalene to share the most important message of all time: “He is risen!”

It stands to reason that a God, whose infinitely complex image is reflected in both male and female, would employ both men and women to serve His Kingdom.

I mentioned to Kaylah that Gamaliel, the famous Pharisee and teacher of the law, when confronted with the disciples’ teaching, appealed to experience. “For if their purpose or activity is of human origin, it will fail. But if it is from God, you will not be able to stop these men; you will only find yourselves fighting against God” (Acts 5:38-39).

While it’s dangerous to base decisions on experience alone, the other three-fourths of the quadrilateral seem to line up. We have the experience of many effective women preachers and leaders, not just in ancient history, but today.

“Well,” Kaylah said, “You’ve given me some things to think about.”

“All I’m asking you to do is honestly consider these four guideposts: scripture, tradition, reason and experience. Do they line up?”

Kaylah put her Bible into her backpack and stood to leave. “I’ll let you know if I change my major to Christian Ministries.”

Related posts for pastors
• Finding still water in the storm: The Book of Joe
• What was Paul thinking when he wrote 1 Timothy 2:12?

Photo: Anne Graham Lotz, whose famous father, Billy, called her “the best preacher in the family”

If you found this page helpful, please share it on your social networks. Thanks!