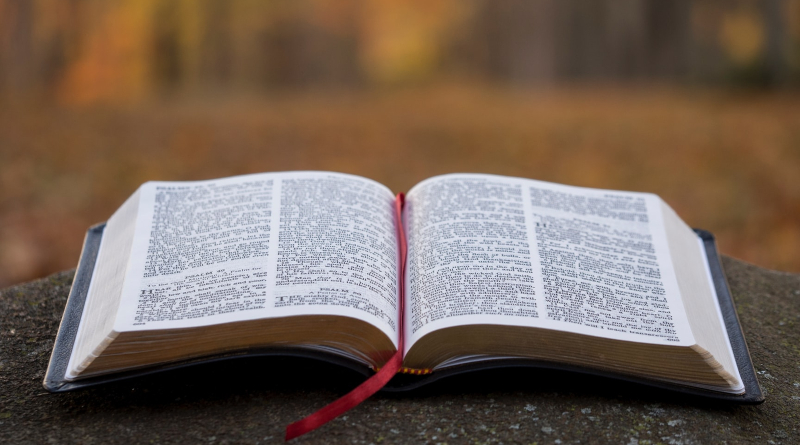 How To Spirituality
August 2, 2003January 2, 2021 jameswatkins 0 Comments Bible study, how to study Bible, understanding the Bible

The Bible should be registered as a lethal weapon! Hebrews 4:12 warns us “the word of God is living and active. Sharper than any double-edged sword . . .”

That’s why Paul warns us:

Do your best to present yourself to God as one approved, a workman who does not need to be ashamed and who correctly handles the word of truth” (2 Timothy 2:14-19, italics mine).

This double-edged sword cannot only be spiritually deadly, but physically as well. For instance, numerous atrocities including the Crusades, the Inquisition, slavery, as well as child and wife abuse have been justified with biblical “proof texts.” And the majority of heresies, such as Jesus Christ not being God or “name it and claim it,” have developed from the incorrect handling of Scripture.

To correctly handle the Word of God we must:

1. Take the common meaning of the word in the original language (Hebrew, Aramaic, and Greek) at the time it was written

Words have multiple meanings. Is “blue” a color? Is “blue” an emotional state? Is “blue” a protective coating on a gun? Is “blue” a word to describe laws that have become obsolete but are still in force? Is “blue” a synonym for pornographic? The answer is “all of the above.”

Not only do words have many meaning, they also change over time. If you don’t believe it try using “gay” for “happy” at the break room at work! Twenty years ago it communicated something very different from today’s meaning. Since Scripture was written over a period of sixteen hundred years two thousand years ago, we cannot assume that the meaning of the word in, say, 1600 B.C. is the same as today.

An example is the word translated “perfect” in “be perfect as your heavenly Father is perfect” (Matthew 5:48). The Greek word can also mean “complete,” which seems more realistic. We can have a sense of being complete in God, without implying we can be as perfect as He is.

An example of word meaning changing over the year is found in 1 Timothy 2:12. Paul appears to prohibit women from having “authority.” However, the common usage of the word authenteo in Ephesus referred to “one who with his own hands kills another or himself, one who acts on his own authority, autocratic, an absolute master to govern, exercise dominion over.” The word didn’t have the positive meaning of “leadership” until after AD 200!

2. Take the cultural context of the passage

First, this was probably an accommodation to the fact that women were uneducated and illiterate during that time and place. (It would be a bit difficult to teach when one couldn’t read the Sunday school quarterly or Bible study guide!)

Secondly, some of the new converts in the church of Ephesus were former prostitutes from the temple of Diana there. These women, probably recruited as young girls, knew only one way to relate to men, so some time for their spiritual maturity was essential before they took on any kind of church leadership. Paul is not only accused by some as being sexist, but as a supporter of slavery.

His command to “teach slaves to be subject to their masters in everything” (Titus 2:9), is simply acknowledging the cultural “facts of life.” Due to the Roman conquests, it’s possible that many in the early church were slaves—and slave owners. This is why he commands slave masters to, “provide your slaves with what is right and fair, because you know that you also have a Master in heaven (Colossians 4:1). Paul’s attitude toward the continuance of this practice is revealed in 1 Timothy 1:8-10, when he lumps “slave traders” in with “the ungodly and sinful . . . murders . . . adulterers . . . perverts . . . and liars.” Not exactly condoning slavery!

Again, commentaries and history books can provide the cultural context of difficult passages.

Many biblical “commands” do not apply to us. For instance the ceremonial and sacrificial laws of the Old Testament, such as circumcision, diet, Sabbath observance, etc., do not apply to Christians today.

[Jesus] having canceled the written code, with its regulations, that was against us and that stood opposed to us . . . took it away, nailing it to the cross . . . Therefore do not let anyone judge you by what you eat or drink, or with regard to a religious festival, a New Moon celebration or a Sabbath day. These are a shadow of the things that were to come; the reality, however, is found in [Him]” (Colossians 2:14, 16-17).

Also, some books, such as Psalms, Proverbs, and Ecclesiastes are more like spiritual “journals” rather than biblical theology, commands, promises, or principles. For instance, what do we do with this verse: “A feast is made for laughter, and wine makes life merry, but money is the answer for everything” (Ecclesiastes 10:19)? Do not try this at home! This is a “journal entry” from a man who is searching to find meaning in all the “vanity” of life. It is scripture, but it’s not a “promise verse!”

That’s why we must:

4. Take the broadest, most documented position.

One college professor suggested we burn all our concordances. “If you have to look through the entire Bible each time you want to prove something, you’ll see what God has to say, not just some verse to prove what you want to say.” He’s right. With over thirty-one-thousand verses to choose from, you can find a verse to prove your point on almost any subject.

While Paul’s two passages have been distorted by various groups as being “oppressive to women,” the general principle is found in his letter to the Galatians 3:28: “There is neither Jew nor Greek, slave not free, male nor female, for you are all one in Christ Jesus.” What a radical concept in a culture that viewed women as “property” of men! And Paul’s command for husbands to satisfy their wives sexual needs (1 Corinthians 7:3-5) was shocking even in the early 1900’s! In several passages Paul even commends women leaders in other churches!

But what do we do with those two passages prohibiting women in leadership? At that point in time (circa AD 50-60), place (Corinth and Ephesus) and cultural setting (where women were unable to read), it was appropriate to not allow women to teach.

But, the over-all principle—throughout the Old and New Testament—is that women have an equal opportunity to serve in whatever area God’s Spirit has called them (Joel 2:28-32, Acts 2:17-18).

I believe carefully analyzing Scripture does not show disrespect to God’s Word, but is actually exhibiting an even higher level of respect. I want to know accuratelywhat God actually wanted to convey to His followers—and to me.

Do not merely listen to the word, and so deceive yourselves. Do what it says. Anyone who listens to the word but does not do what it says is like a man who looks at his face in a mirror and, after looking at himself, goes away and immediately forgets what he looks like. But the man who looks intently into the perfect law that gives freedom, and continues to do this, not forgetting what he has heard, but doing it—he will be blessed in what he does” (James 1:22-25).

Related articles:
• Keith Drury’s excellent essay on accountability in applying Scripture
• Fifteen myths about Bible translations by Daniel B. Wallace
• Ken Schenk’s excellent book excerpts: Who decides what the Bible means?
• God’s will is not lost: for those trying to find it

You may also enjoy Jesus: His Life and Lessons. His life arranged in chronological order and teachings by topics. No commentary. No dotrinal statements. Just 100 percent Jesus!