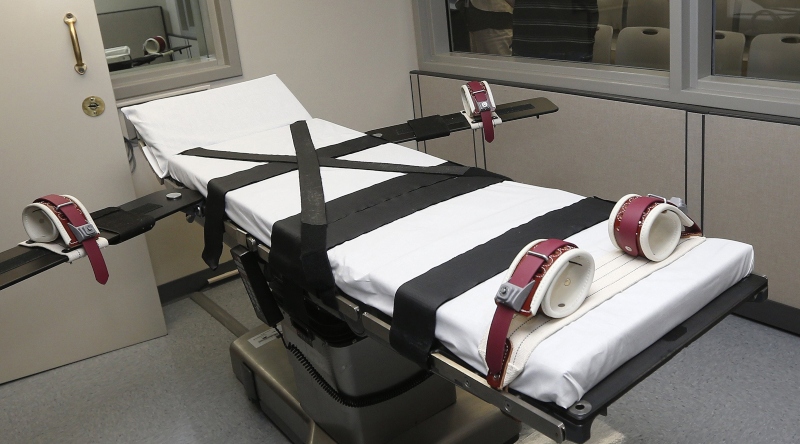 If we use the Old Testament as support for capital punishment—shouldn’t we support execution for all offenses it lists as capital?

The Bible isn’t a belief buffet from which we can pick and choose what we want to believe or apply.

Under the Old Testament law, murder (Numbers 35:16) and rape (Deuteronomy 22:25) were in fact grounds for execution. But if we are to consistently apply Old Testament Law—and not simply pick and choose—we would need to apply capital punishment for all offenses it lists as capital, such as . . .

Who would be left to pull the switch?!

When we were utterly helpless with no way of escape, Christ came at just the right time and died for us sinners who had no use for him. But God showed his great love for us by sending Christ to die for us while we were still sinners. And since by his blood he did all this for us as sinners, how much more will he do for us now that he has declared us not guilty? Now he will save us from all of God’s wrath to come (Romans 5:6, 8-9).

Well then, are God laws and God’s promises against each other? Of course not! If we could be saved by the laws, then God would not have had to give us a different way to get out of the grip of sin—for the Scriptures insist we are all its prisoners. The only way out is through faith in Jesus Christ; the way of escape is open to all who believe in him (Galatians 3:21-22).

If the death penalty is a universal, timeless punishment commanded by God for those Old Testament sins viewed capital offenses (see above), shouldn’t the following offenders have been executed?

Cain, the first murderer, was actually protected by God (Genesis 4:8-15)

The Christians in Corinth (1 Corinthians 6:9-11 NIV) who were formerly “sexually immoral,” “idolators,” “adulterers,” “male prostitutes,” and “homosexual offenders”—all of which were capital offenses in the Old Testament

And don’t forget, to include everyone of us in that list!

Yes, all have sinned; all fall short of God’s glorious ideal (Romans 3:23 TLB).

For the wages of sin is death, but the free gift of God is eternal life through Jesus Christ our Lord (Romans 6:23 TLB).

Admittedly, it is a controversial issue. (And I could be wrong!)

So, on those issues where there is such disagreement, shouldn’t we err on the side of life rather than death?