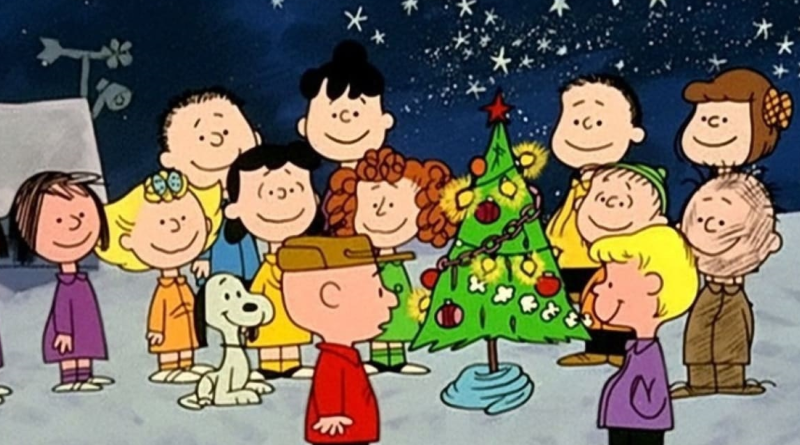 I have in my right mitten, direct from my home office in wintry northern Indiana, tonight’s Top Ten Best—and Worst—Christmas Movies. First, let’s get the bad out of the way.

A young boy’s parents are brutally murdered by a drunken Santa, so he is forced to grow up in a cruel Catholic orphanage. Everything is fine for the young man, who works in a toy store, until he’s asked to don the red suit. Use your imagination for the results in this C-grade slasher film. A blood-splattered lump of coal for director Charles Sellier!

Martians kidnap Santa and take him to the red planet. The jolly ole elf, however, brings Christmas cheer to the children of Mars. A remake of this silly Christmas sci fi flick is reportedly in the works. Beam me up!

In fact, any movie, TV special, or direct-to-DVD story with “Saves Christmas” in the title, goes on my “naughty” list. (This year CBS presents Seinfeld’s “George” as “The Man Who Saved Christmas.”) All involve the pathetic premise that “We won’t have Christmas this year if (fill in the blank with some lame excuse).

The Herdmans are the stereotype street urchins who steal, start fires, smoke cigars . . . and turn the annual church production into “The Best Christmas Pageant Ever.” Loretta Swit gets top billing, but the delightful child actors are the shining stars in this story of redemption.

Everyone loves Dr. Seuss. So, when his playful poetry meets up with villainous narration of Boris Karloff, you have a holiday classic. The Grinch believes he can stop Christmas from coming by stealing the decorations and toys from Whoville, but discovers that “Maybe Christmas doesn’t come from a store. Maybe Christmas…perhaps…means a little bit more!” The original and the best! (Sorry Ron Howard and Jim Carey, but not even close.)

Author Jean Shepherd narrates a warm and witty portrait of Christmas past as Ralphie Parker (Peter Billingsley) dreams of a “Red Ryder Carbine Action Two-Hundred Shot Lightning Loader Range Model Air Rifle.” The adult Ralphie notes, “It was the classic mother B.B. gun block: ?You’ll shoot your eye out.’ That deadly phrase uttered many times before by hundreds of mothers, was not surmountable by any means known to kiddom.”

It’s become almost a cliche, but a classic all the same. George Bailey (Jimmy Stewart) believes he is a complete failure until an affable angel, played by Henry Travers, shows him what life would have been for all those in Bedford Falls without him. “One man’s life touches so many others, when he’s not there it leaves an awfully big hole.” Often imitated, but never equaled!

Charlie Brown finds himself depressed at Christmas time, searching for the true meaning of the holiday. Lucy notes, “It’s run by a big eastern syndicate.”

And there were in the same country shepherds, abiding in the field, keeping watch over their flock by night. And, lo, the angel of the Lord came upon them, and the glory of the Lord shone round about them! And they were sore afraid … And the angel said unto them, “Fear not! For, behold, I bring you tidings o great joy, which shall be to all my people. For unto you is born this day in the city of David a Savior, which is Christ, the Lord.

And this shall be a sign unto you: Ye shall find the babe wrapped in swaddling clothes, lying in a manger.” And suddenly, there was with the angel a multitude of the Heavenly Host praising God, and saying, “Glory to God in the Highest, and on Earth peace, and good will toward men.”

Jason Soroski points out the brilliant writing and directing of Shultz. During Linus’ reading, at the precise moments he proclaims “fear not” . . . he drops his ever-present blanket!

“That’s what Christmas is all about, Charlie Brown.”

Wishing you peace and goodwill!