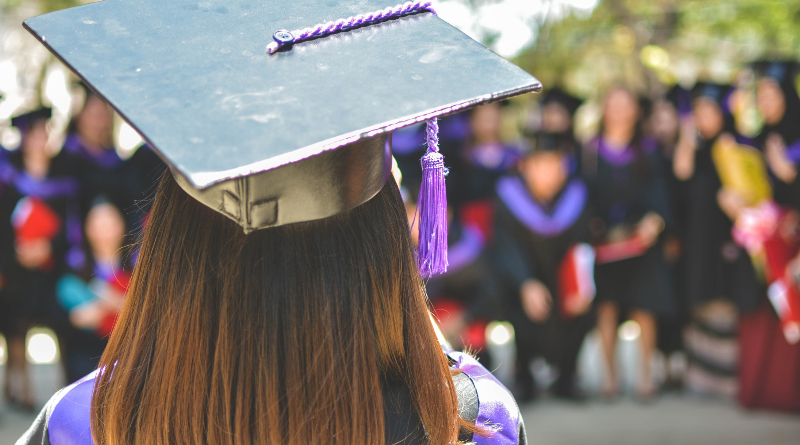 Ever since Pebbles and Bam Bam graduated from Bedrock High, commencement speakers have been telling the crowd of cap and gowns to work for world peace, follow its dreams, and always wear clean underwear in case of an accident.

So cue “Pomp and Happenstance,” here are the top ten things I’ve learned since I wore a black bathrobe and silly hat.

1. World peace isn’t going to happen. Sorry commencement speakers, presidential candidates, and Miss America contestants. Two thousand years ago Jesus said there would be wars and rumors of wars, and he hasn’t been wrong yet. Better to work at being at peace with yourself. Now if just six billion people would all do that . . .

2. Don’t follow every dream. Some of your dreams would turn into real nightmares if they were fulfilled, so try to be content with what you become. After years of wanting to become a famous author, I’ve learned that there are some real benefits to being un-famous. I can go anywhere I want to without people hounding me for autographs, I don’t have to worry about being stalked by Sixty Minutes or a psycho fan (remember Misery?), and I’ve never once appeared on the cover of The National Enquirer.

3. However, good things do come to those who wait such as sex, job promotions, and senior discounts. Keep in mind, though, it takes ten years to become an overnight success.

4. It’s nice to be important, but it’s more important to be nice. I’ve had the privilege of meeting some fairly famous authors, musicians, and corporate big wigs. The one’s who’ve made it to 36 percent tax bracket are some of the nicest, down-to-earth people you’ll ever meet. It’s the wannabes who are the arrogant, egocentric little twits.

5. If you love your job, you’ll never have to work a day of your life. Can you believe I actually receive good money and a free newspaper subscription to write this stuff? Please don’t tell any of my editors or publishers, but I’d gladly write for free! And what other job can you do in your underwear at 3 a.m.? (Okay, but those jobs are illegal in 49 states!)

6. It’s not what you know, but who you know. Networking is the key to meeting Mr. or Miss Right, job promotions, and great deals on used cars. Next week I’ll be on a nation-wide talk show pitching my latest books, but that’s only because I taught a class with a guy who plays racquetball with a guy who’s a producer with The 700 Club. I wouldn’t have gotten past the switchboard if I had tried to get on the show myself. (But be careful to remember the next point!)

7. Love people, use things. And, what ever you do, don’t get that turned around.

8. The simple, obvious answer is usually wrong. And, just because it’s in print, doesn’t mean it’s true (unless of course, it’s this column.) Enjoy the naive bliss of having all the answers right now, because the more laps you take around the sun, the more complicated life becomes.

9. Life is not fair. You won’t get what you deserve. Actually, I’m glad for that. I have a wonderful wife, two great kids, and a job I love. Give me grace rather than fairness any day!

10. Not everyone is going to like you. For every card, email, or letter bomb I receive from people who loathe my column, I get four or five from readers who love it. I’ve learned to be satisfied with an 80 percent approval rating which is at least 20 points higher than Ronald Reagan received as one of America’s most popular presidents. Besides, if I had an .800 record in major league baseball, I’d be making millions endorsing athlete’s foot remedies. So, enjoy the small group of family and friends who truly love you. Besides, by the time you attend your twentieth high school reunion, you probably won’t remember half the people who wrote “Love always” in your yearbook.

Of course, there are many more things I could advise (just say no to drugs, pay off your credit card balance every month, don’t pee on an electric fence, etc.) but ten seems to be the universal limit for this sort of thing. But one more bit of wisdom. If you look up and a semi truck is ready to crash through your windshield, you’re not going to have clean underwear.