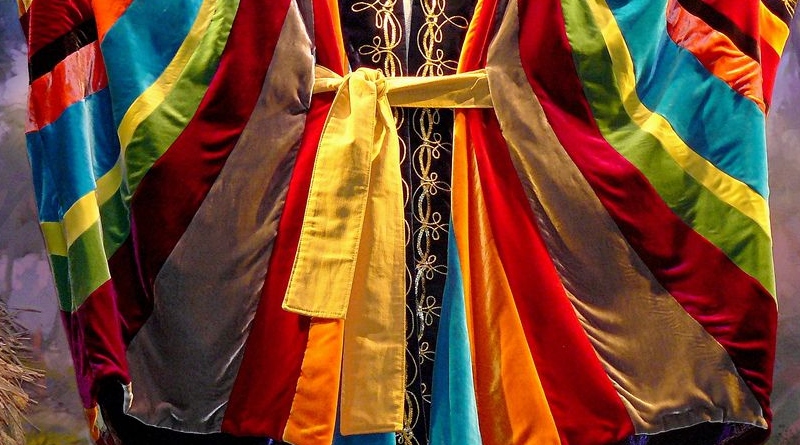 We all have dreams, no matter what age: to be a firefighter, a princess, a parent, a successful businessperson, pastor of a “mega-church,” a retiree in Florida. But somewhere between the womb and the tomb, those dreams die.

The Old Testment’s Joseph had a dream to be a great leader with his parents and brothers bowing down before him. But before that dream could be realized, his jealous brothers had ripped up the seventeen-year old’s “coat of many colors,” thrown him into a cistern, and sold him to Egyptian slave traders.

Even sincere Christians with God-given dreams find themselves bruised and bloodied at the bottom of a pit. That seems to be the rule, rather than the exception.

The dream is received

I believe that God has given each of His children a dream; a deep-down desire to accomplish something of eternal significance. Mine is expressed in my personal mission statement: “To communicate the gospel of Christ in an effective and creative manner as possible with as many peoples as possible.”

The more clearly we can articulate that dream, the closer we are to seeing it fulfilled. But . . .

The dreamer is refined

For Joseph’s dream—and many of ours—to be fulfilled, there probably needs to be some serious refinement of the dreamer.

According to verse 2 in Genesis 37, Joseph was a tattle-tale. “He brought a bad report.” (Rueben hit me! Simeon’s making facing at me! Benjamin is calling me names!) And he certainly didn’t endear himself to his brothers by bragging that they would one day bow down to him.

Doug Murren in Keeping Your Dreams Alive When They Steal Your Coat writes, “It isn’t the dream that gets tested—it’s the dreamer. When God gives a dream, there’s nothing wrong with it. But the dreamer probably needs a lot of work.”

At that time, a coat of many colors was a symbol of royalty and leadership. And where do we find Joseph wearing his coat? Out in the pasture! Just a bit pretentious. Joseph had to lose his coat—and his pride. His jealous brothers promptly strip him of his status, but God doesn’t undress him of his dream.

From the pit, Joseph is dragged off to Potiphar’s house where he serves for eleven years. And just as he has climbed the ladder of success there, Potiphar’s wife strips him of another coat, charges him with sexual assault, and has him thrown in prison for two years.

But our experiences—as painful as they may be—are never wasted in God’s plan. For eleven years Joseph learned the Egyptian language, culture, and management skills. And, most of all, this arrogant, boastful dreamer was being molded into the person who could see the dream fulfilled.

In 1993 one of my books had gone into a second printing after just one month in print and a big-time booking agency was promising a national speaking tour. The book won a Campus Life “Book of the Year” award and I was feeling pretty good about myself.

One year later the book wasn’t selling and nobody was interested in hearing me speak. As far as my dream, 1994 was the pits, Potiphar’s house, and prison all in one. I had to admit I was a small-time author with a big-time ego. And since I had few writing assignments and no speaking engagements, I had lots of time to spend with God.

He seemed to direct to the writing of Catholic mystics, which was certainly a stretch for a pragmatic Protestant.

Brother Lawrence, in Practicing the Presence of God, wrote “Our only employment is to love God.” (What?! It’s not to write full-time?) St. John of the Cross wrote that we grow more in the pits than in the palaces. (What?! I may not become a best-selling author?)

But it was Thomas A’Kempis’ Imitation of Christ that was most convicting: “Be content to be an unknown.” (What?! God may not want me to appear on Oprah?)

It was a rough year, but through it, I never felt closer to God, I had never been more sure of my dream, and at the same time, never more un-sure of how it would possibly be fulfilled.

For Joseph, after of thirteen years of refinement and seven years as vice-pharaoh of Egypt, it appeared the dream was fulfilled. Joseph’s brothers came to Egypt to buy grain since there was a deadly famine in Caanan. And, they bowed down before the leader—Joseph. Everyone lived happily ever after. End of story. Roll the credits. Right? Wrong!

The dream is re-sized

“His brothers then came and threw themselves down before him. ‘We are your slaves,’ they said.

But Joseph said to them, ‘Don’t be afraid. Am I in the place of God? You intended to harm me, but God intended it for good to accomplish what is now being done, the saving of many lives.'”

Joseph, at seventeen, had only a glimpse of the dream. And at thirty-seven, he still didn’t have a clue just how big the dream was.

Without Joseph’s dream, starvation would have prevented salvation! The ancestors of Christ would have perished, and you and I wouldn’t be reading a Christian magazine. That’s a big dream!

The problem is often that our dream is not too big, but too small!

Noni Tari is quoted in Dare to Dream by Florence Littauer “God never simply buries our dead and broken dreams because He’d be burying our hearts along with our dreams. Instead, He creatively turns our failures into fertilizer for an even more wonderful dream, a dream with even more potential to become fruition.”

Our goals and dreams probably need some re-sizing!

The dream is revealed

Osward Chambers, in My Utmost For His Highest, writes “God rarely allows a person to see how great a blessing he is to others.”

So, where are you in your dream? Are you in the pit? In Potiphar’s house? In prison? Or have you arrived at the palace?

God is with you wherever you are. And He will not waste one single experience in your life.

So, write down your dream. Make it a part of your personal mission statement.

And then trust Him to reveal the results of the dream.

Me? I’m still writing average selling books. But I firmly believe that eternity will reveal souls who are in the Kingdom because of an average-selling author who never did appear on Oprah.

Dream on, friend! Dream on!