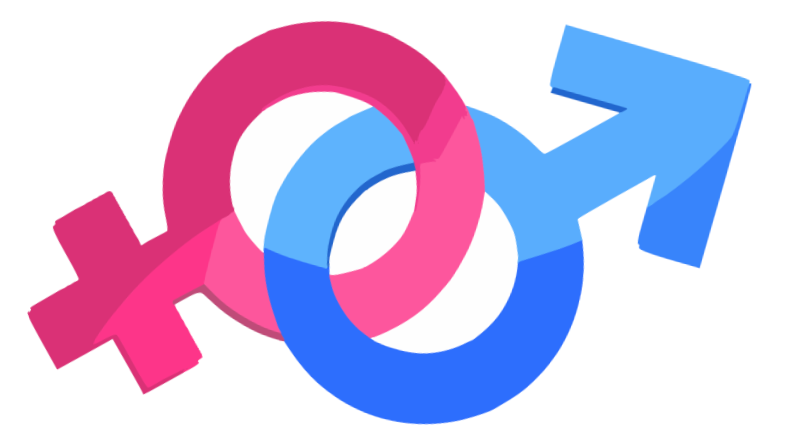 Once again political correctness has trumped scientific research. Harvard University’s president, Lawrence Summer dared to suggest that the reason there aren’t more women in math and science was perhaps—brace yourself—biological differences. The reaction has been, well, reactionary.

Contrary to PC PR, scientific research has shown there are biological differences between males and females—and the difference extends from the neck up!

Research on stroke victims has revealed that men’s and women’s brains are physically distinct.

Here’s how it works. If we were to look at embryo at the twelfth week of life, we should see a distinct human being; it would even have fingernails. And, on closer inspection, we would say, “Look it’s a girl!” But it could very well be a boy! (Stay with me. We’re not talking about fetal female impersonators. Well, yes we are, but keep reading.)

The gender of a fetus is determined at the split second of conception: an “X” sperm outraces a “Y” sperm to the egg and we have a female; a “Y” sperm beats the others to the egg and we have a male. But the fetus will look female until the chromosomes—the genetic blueprint—calls for male hormones to be produced. The androgen will slowly transform the previously “female” fetus into a perfectly formed—and anatomically correct—male. (Sort of a pre-natal sex change!)

But that’s not all. In the sixteenth week, another dose of androgen begins to transform the “XY” fetus’ brain from female to male. Many of the nerve connections between the two sides dissolve. And the sides, or hemispheres, of the male brain begin to take on different jobs.

We men can’t. That’s why a stroke is usually more damaging to a man. A certain “disk sector” of his brain has been wiped out, and he has no backup disk.

The research also seems to suggest that most females are dominated by the left, or verbal side, and most males by the right, or visual side. (So, we men may only use half a brain, but we’re at least in our “right” minds.) For instance, have you ever heard this dialog?

Male: “Tell me how you came to that conclusion?”

Male: “Come on. You just can’t have answers pop into your head. How did you figure that out?”

The woman may not be able to logically, step by step explain the thinking that instantly produced the correct answer. Her brain simply has better wiring with information firing back and forth between the hemispheres!

Now don’t feel too superior, ladies. There are some advantages to only using half a brain at one time. Boys seems to better in logical problem solving and higher math in school. Because girls have more nerve connections between the halves of their brains, they can handle both visual and verbal information at the same time. Thus, they often talk earlier than boys and generally do better in English.

That may be one reason at writers conferences men are outnumbered by women ten to one and why women are in the minority in graduate science and math programs. And of course these general tendencies have exceptions such as female scientists and male writers.

Here’s my point: males and females are not only born physically different, but mentally as well.

Sexual differences allow us to look at our world from different viewpoints and to learn from the other gender’s perspective. That can cause all kinds of communication problems (“No hablo, Estrogen!”) or it can enrich our lives by experiencing a 3-D, stereophonic view of life.

If we refuse, we might as well listen to only one side of the headphones or watch a 3-D movie with one eye closed. Or worse, buy into the PC—and scientific—heresy that men and women are completely equal.

Now, if you’ll excuse me, I need to go do some research on male writers’ brains.

From my weekly newspaper column, January 2005. (Adapted from The Why Files: When Can I Start Dating? Copyright © 2001 James N. Watkins)

Note
A disruption in one’s embryonic development, could produce a male with a “female” brain, which may give credence to transgenders’ argument that they are women in a man’s body. However, two John Hopkin researchers claim there is not enough scientific evidence to suggest that sexuality and gender orientation are innate traits. The complete report was published in The New Atlantis. The debate continues!