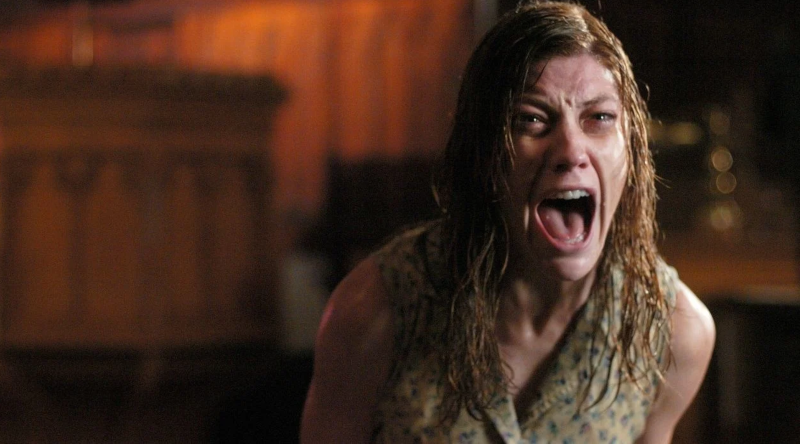 From The Why Files: Are There Really Ghosts?

“My mom’s completely flipped out. I mean, she sees demons everywhere. Just this morning the car died on the way to school. She got out, pounded on the hood, and yelled, ‘In the name of Jesus, I command the foul spirits of engine stalling to come OUT!”

Tina [all names have been changed] was one teen I could always count on to be in church and youth meetings. She shifted in the office chair and twisted a strand of her blonde hair. “It’s really weird, Pastor Jim. She threw out my Oxy-10 and tried to cast out the demons of clogged pores. Now she’s convinced that my room’s a wreck because I have an ‘unclean spirit.'”

Tina stared out the window as she tried to sort it all out. “Mom’s acting really weird. But after last week, I know that Satan and demons are real.”

Last week, Tina, her friend Karen, and two guys from the youth group, Kevin and John, had been at our house playing Uno when the phone rang.

“Pastor Jim, Bret’s growling and snarling like a wild animal and trying to jump off the balcony! He keeps saying that Satan’s coming for him.” I yelled for Kevin and John to come with me, and for Tina, Karen, and my wife to pray for Bret–and for us.

When we arrived, Bret was thrashing around on the second-story balcony, with two other guys from the youth group sitting on his chest.

“Stay away from me or I’ll kill you!” Bret screamed. I decided that was good advice.

“No, he’s been here all night!” Roy yelled from the balcony. “He was okay until we started talking about he Lord.” Bret showed up occasionally for videos and pizza, but he always seemed to avoid the Bible studies. I cautiously began climbing the stairs.

“I told you I’d kill you! He’s mine!” The screeching voice sounded nothing like Bret’s–it reverberated with a raspy, hollow sound. The August air hung hot and heavy, but I instantly felt chilled and my body began to shake. Still suspicious that he was on something, I sniffed the air. I nearly gagged on the rotten-egg smell of sulfur.

“In the name of Jesus Christ and by the power of his blood, I command you to come out of Bret.” The words coming out of my mouth surprised me, as if someone else had voiced them. I was even more amazed when Bret instantly relaxed and stared at the two young men sitting on his chest while he laid sprawled on the balcony.

“What’s happening? What are you doing here . . .” Bret completed the sentence by sneering “Pastor Jim ” in a threatening voice, his eyes burning straight through me. He tossed his two friends against the house with no apparent effort. “I told you that you can’t have Bret. If we can’t have him, neither can you.” Bret bolted for the edge of the balcony as all five of us pounced on him.

For over an hour we struggled, prayed, and pleaded for Christ’s power over the evil that seemed to possess Bret. Finally, and only after Bret himself asked Christ to come into his life did the attacks cease.

“I think we now know, Tina, that demons are real–even in America.”

We talked about the animal sacrifices that police were investigating in a nearby cemetery. Officers had found black candles, inverted pentagrams etched in the dirt, and the charred remains of cats and chickens. We also talked about the satanic images and messages in some heavy metal albums.

Now it was my turn to stare out the window.

“Your mom has probably been listening to someone whose entire ministry consists of preaching against Satan. Don’t get me wrong, Tina. Last week taught me that we need to talk in youth group about his power and activities–and soon.

“But if we spent all our time in youth meetings talking about Satan, the occult, satanic lyrics, and demons, we’d be taking our attention off Christ. I wonder if Satan is just as content with demon obsession as he is with demon possession?”

“You know, Pastor Jim, now that you mention it, Mom’s been watching that preacher on TV who’s always casting out “foul spirits” of someone or something. And she’s bought a bunch of this tapes and books.”

“Satan is subtle. He can cause even sincere Christians to take their focus off Christ’s power and to direct it to his. And that creates the kind of fear that grips your mom. The enemy is powerful, but we need to remember that ‘greater is He [Jesus] that is in us, that he [Satan] who is in the world.'”

“Thanks, Pastor Jim. Oh, could you give me a ride home? Our car’s in the garage with a clogged-up carburetor or something—but not demons.”

Additional resource
Dr. Richard Gallagher a board-certified psychiatrist and a professor of clinical psychiatry at New York Medical College with degrees from Princeton, trained in psychiatry at Yale and in psychoanalysis at Columbia. And he believes demonic possession is real. How a scientist learned to work with exorcists

Photo from The Exorcism of Emily Rose, the only Hollywood film on demons I would recommend. Not perfect, but well-doneand realistic.