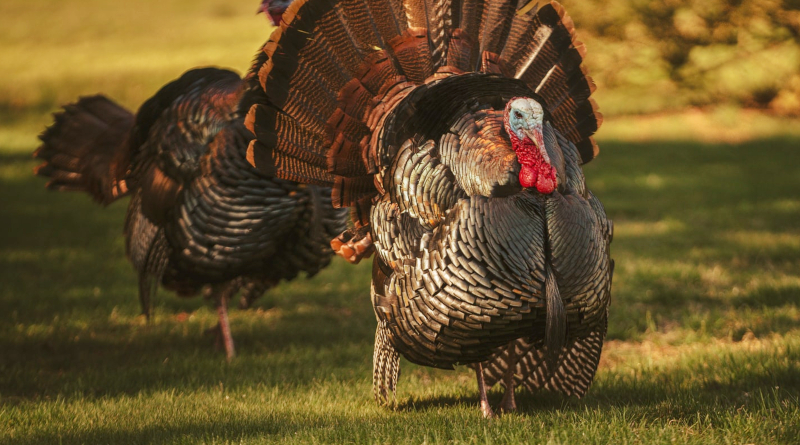 Do you enjoy playing “Jeopardy” from your La-Z-Boy (“I’ll take ‘Fowl Friends’ for $1,000”)? Would you like to talk about something other thank the pandemic and politics at Thanksgiving dinner? (Yes, please!) Do you have nothing better to do with your time than to read worthless trivia? Then, you’ll be enriched by our educational special report on Melgris Gallopavos.

The overgrown cousin of the pheasant didn’t hatch in Turkey, but is native to North America. The turkey trotted from Mexico to as far north in the United States as Maine. They were first domesticated by the Mexicans, but when discovered they couldn’t be trained to assemble American-made parts, were deported to Europe in 1519. One hundred years later, they caught a ride home for Thanksgiving dinner with the Pilgrims.

The record for distance traveled by a turkey is 221,600 miles: lunch for Neil Armstrong and Buzz Aldren during the first moon landing in 1969.

“The turkey has landed” may have announced the moon landing if Benjamin Franklin had his way. Franklin and John Adam campaigned to have the turkey declared our national symbol. He argued that the bald eagle was “a bird of bad moral character” that lived by “killing and robbing.” (The eagle may not be the best choice, but what deranged dictator is going to be intimidated by a turkey?)

California produces the most turkeys of any state in the US of A. (And that doesn’t include its movie, television, and music production.) An Englishman, however, holds the record for the world’s largest turkey ranch. Bernard Matthews of Norfolk, England, and over seven hundred full-time wranglers, round up three million entrees each year. (The Brits eat turkey at Christmas from which we get the phrase “Like turkeys voting for Christmas.”)

The world’s largest turkey (if you don’t include the Melgris Gallopavos Politicos variety) weighed in at seventy-five pounds. The gargantuan gobbler made it’s home with Signe Olsen of Salt Lake City until Christmas dinner in 1973.

A turkey’s IQ, unfortunately, is only slightly higher than Stove Top Stuffing. Many die from pneumonia from not coming in out of the rain, suffocate while attempting a world’s record for how many can cram into a feed pail, or never hatch because the cannibalistic “Tom” turkey eats the hen’s eggs.

In case you’d like to know more about the leftovers you’ll be eating for the next two weeks, there are over 600 Web sites on the Internet featuring recipes for “Turkey and Cranberry Salad,” “Turkey and Rice Quiche,” “Turkey Stuffed Tomatoes,” “Apple Cider Baked Turkey Casserole,” and more. And this bit of Internet intelligence: according to www.faa.gov, it is against the law to throw live turkeys from an aircraft. (Will this government infringement of our rights never end?!)

But regardless of what you’ll be eating this Thursday, I trust you have a truly grateful Thanksgiving.