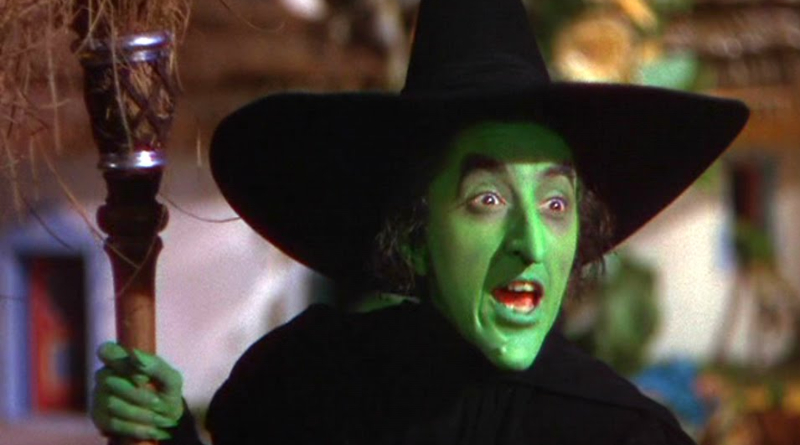 Witches do exist, but they’re not the “Wicked Witch of the West” stereotype or even broom-jockey Harry Potter and his Hogwarts School of Witchcraft and Wizardry. One may be sitting next to you in school or the office—right now!

Here’s a short excerpt from my chapter on witches from
The Why Files:

According to the English Oxford Dictionary witchcraft is a Celtic (pronounced kell-tick) word describing people who worship nature and claim to draw their power and knowledge from it.

Wicce (wick-kay) designates a female witch while wicca (wick-kah) describes a male witch. (Whatever you do, don’t call a male witch a “warlock.” That’s a Scottish word meaning “oath breaker” or “traitor.” And they’re also very sensitive about people confusing stage magic with their brand of “magick” spelled with an extra “k”.)

Witchcraft, wicca, and “neo-pagan” beliefs are based on a “nature-based belief system.” Those who follow the “old religion” believe in one god, while many others believe in local gods and goddesses of the area. Most believe that God is not the ruler of nature, but is nature itself. Wicces, wiccas, and neo-pagans don’t like to be confused with New Agers, who often incorporate the idea of the Judeo/Christian God into their smorgasbord of beliefs. (And, contrary to some reports, they do not worship Satan.)

According to Power of the Witch by Laurie Cabot . . .

The earth and all living things share the same life-force. They are composed of patterns of intelligence, of knowledge, and of divinity. All life is a web. We are woven into it as sisters and brothers of All. Witches need to be grounded in both worlds and awake to their responsibilities for both worlds. It is only by being responsible human beings that we can be responsible Witches and only responsible Witches will survive.

In her book, Wicca’s Charm, Christian journalist Catherine Edwards Sanders writes that many Wiccans grew up in Christian homes and that Christianity, as practiced in the twenty-first century has failed them.

For example, Sanders writes that many Wiccans care deeply about the environment and believe that the Church has largely ignored the command to care for God’s creation.

Second, women who embrace Wicca say that in churches, all too often, their gifts were confined to teaching Sunday school and making coffee. So they came to believe that Christianity was a patriarchal religion that demeaned the status of women. (See my liberating post A case for women in ministry.)

Third, the followers of Wicca say that they are looking for a real spirituality. According to the book, spiritual seekers “not only want to know things intellectually; they also want to supernaturally
sense spiritual truth.” When churches ignore the reality of an unseen world or focus only on this world, the author warns, they lose people to alternative religions that do offer supernatural experiences. For many, “Wicca’s emphasis on magic and altered consciousness fits the bill.”

So, don’t buy into the stereotypes of “witches.” They may be sitting next to you. And, if you’re a Christian, remember that only God is to be worshipped, not his creation. But do let your love and lifestyle show them that they may be stereotyping Christians as well.