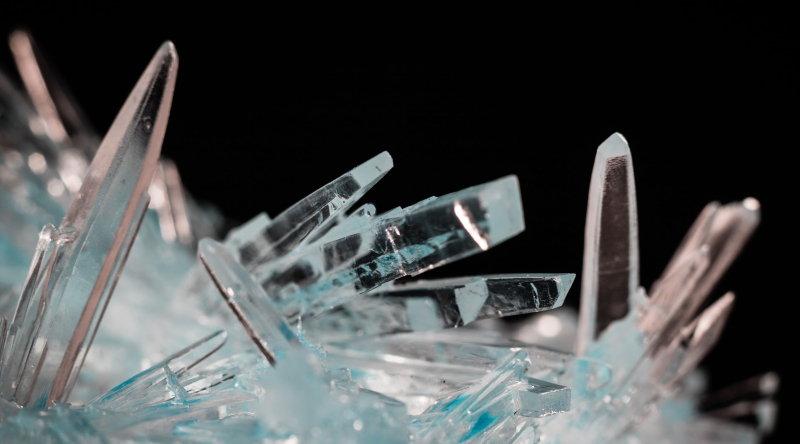 “You can’t reach New Agers through any of the normal ways Christians try to reach out and touch them,” Gail Ow, a former New Age believer, claims.

“One person asked me if I had accepted Jesus Christ as my Lord and Savior and I said ‘sure.’ But I didn’t even have a concept of a ‘Savior’ because New Agers believe all people are good. And I didn’t need a ‘Lord’ because I was self-reliant. I was very successful in my career, had a husband, two children, a maid and nanny, and the whole thing. I was so proud of myself and my intelligence, I wasn’t willing to accept that anyone had anything over me. Besides, Christians were all weird to me. They were going to get me into some Kool-Aid cult brainwash me, and take me away”

Gail has been a Christian for eighteen months now and is actively seeking ways to share her new faith with former New Agers. But it is a challenge.

“When people tried to witness to me, nothing they said touched my heart. I’d tell them, ‘You think you know the ‘truth,’ well I do too! Okay we’re done, let’s go on to something else.'”

So, how does one reach the thirty-eight million Americans who believe in reincarnation, “human potential,” and other New Age beliefs?

Sylvia Herrera, a Christian and speaker to women’s groups, believes that New Age beliefs begin to crumble when exposed to the harsh light of truth and the Holy Bible.

“I started out as a Christian but didn’t have a real experience with Christ. As a teenager, I floundered around and became involved in Job’s Daughter [a division of the Masonic Lodge which is based on Egyptian worship]. As an adult, I became involved in astrology, Ouija boards, tarot cards, psychics, Shirley MacLaine’s books, and finally married a Mormon. The Mormons had answers for everything but I wasn’t knowledgeable enough to counteract it. But there was something in the back of my mind that there was something wrong with it, but I really didn’t know. Through Ex-Mormons For Jesus literature, I began to put it all together and Mormon beliefs just began to fall apart.”
Many New Agers who have converted to Christianity point out the inconsistency in the New Age “doctrines.” And like Sylvia’s faith in Mormonism, the contradictions begin to erode confidence.

For instance, Edgar Cayce, the father of American reincarnation reveals major contradictions in his teachings. Cayce believed that Jesus Christ was actually Adam and Enoch in a reincarnated state. That would be an impossibility since Adam and Enoch were both alive at the same time. He also revealed inconsistencies in his own reincarnated history. Cayce taught the Western version of reincarnation that people only become better and better after repeated reincarnations. Yet he also claimed to have been the biblical prophet Lucius of Judea who was reincarnated as an immoral Frenchman determined to “indulge his sexual appetites” and a Virginia colonist with numerous illegitimate children.

And if people are reincarnated as better and better, why are crime rates, abuse statistics, and divorce filings continuing to increase?
Shirley MacLaine, the modern prophet of New Age-ism, is also inconsistent—and inaccurate—in her teachings. For instance, the best-selling author claims Jesus taught, “As you sow, so shall you reap.” Jesus is not recorded teaching this; rather the Apostle Paul. She also claims that Scripture taught reincarnation but the Council of Nicea in A.D. 553 deleted all mention of it. The council actually met in A.D. 325 and dealt with the question of the formation of souls, not reincarnation. Surely, someone in touch with “universal wisdom” should be more accurate!

Sylvia continues, “As I began reading information from the Ex-Mormons for Jesus, I discovered all the incorrect prophecies of John Smith and the unbelievable teachings of Brigham Young such as men living on the moon who were about four feet tall.”
Indeed, “you shall know the truth and the truth shall set you free.”

Gail’s faith in the New Age began to waiver when she actually began to fulfill her goals. “Although I was rich and successful, I felt so very empty. I had reached my ‘human potential’ and I still didn’t feel better. I got mad at God and shouted, ‘Why is it that I’m the only one out there making all this money and can’t be happy with what I’m doing?’

“But I did cry out to God to take this emptiness away and to take anything out of my life that would keep me from believing Him. And so God spent the next three or four years pouring junk out of my life—my overdependence on money and the men in my life. God had to break me to get me to the point where I believed I couldn’t do it by myself. My marriage and life just fell apart. I got a divorce, quit work, closed my door, unplugged the phone, and just crawled into a cocoon. I was just two days away from a mental hospital.

“Here I was an unemployed single mother of two. When I would call my New Age friends and explain my situation they’d say, ‘Oh, golly,’ and hang up the phone. But when I talked to my Christian friends—and they all thought I was a Christian—they would simply say ‘Get into His Word,’ which didn’t mean a thing to me. But I got to the point where I was literally on my knees crying out, ‘God save me.'”

Gail’s eventual conversion to Christianity came as a result of studying the Bible. “Even though I was deep into the New Age, I had this indescribable desire to read the Bible. I wanted to find God, but I didn’t trust Christians enough to talk to any of them.
“New Agers know bits and pieces of Scripture. I would hear the promises of Matthew 6 about God clothing the lilies of the fields and feeding the birds, but nothing about ‘seek first His kingdom.’ I’ve seen posters with Isaiah’s promise of running and not being weary, but not a word about God judging false prophets. Quoting scriptures to New Agers is like ‘yah, yah, I’ve heard that’.” The secret to reaching them is to encourage them to study the Bible in complete context.

Studying God’s Word also was the turning point for Sylvia. “I think in the back of my mind, I still had my Christian roots. God says His Word doesn’t come back void.

“But the thing that really got to me was God’s Word, especially in Isaiah 44:6. ‘I am the first and I am the last; apart from me there is no God.’ [Mormons believe that we are all gods in process and Shirley MacLaine believes that she is “God.”] I was really hungry and searching, and just began studying the Bible. I accepted the Lord and felt an oppressiveness leave me as I cleaned out the house of Mormon literature and astrology.

Pam Stephens, a Christian speaker and associate of Florence Littauer, also attributes Scripture to her salvation from astrology.
“I became a Christian at age nine and went through confirmation classes, but was really not well grounded. After marriage, dropping out of church, and becoming a stay-at-home parent in a rural area, I had to find something to fill up my time. I began reading horoscope books and that dabbling became more and more intense until I finally had three full books shelves of astrology books and started to chart my own horoscopes.

“But one day I took a very dusty book off the shelf—which happened to be God’s Word—and while I don’t subscribe to this kind of study method—it did open up to Deuteronomy 18:10-12 which condemns all forms of the occult. I honestly hadn’t thought there was anything wrong with combining Christianity and astrology. I had never heard that. But I knew in my heart, that if God said it was wrong, I either had to agree with him and accept that, or I had to completely give up calling myself a believer. I knew He was God, but I didn’t realize He was a jealous God. I confessed it as sin and that day I burned all my astrology books in the fireplace. It wasn’t until years later that I read of the same kind of bonfire in Acts 19:19.”

Pam doesn’t believe there is a “formula” for bringing New Agers to Christ. “It was the loving concern from the heart of my Christian friends. Christians need to build relationships with New Agers and establish a right to be heard as well as living the Christian life before them. That gives us credibility. But the most important factor is the prayer that the ‘scales will be dropped’ from their eyes that blind them to what real truth is. Satan’s receptions are empty promises, but God brings fulfillment to all His promises through His Son Jesus.”

Gail, Pam, and Sylvia all agree that it was the prayers of family and friends, as well as God’s Word and His Holy Spirit, that finally convinced them of the truth of Christianity.