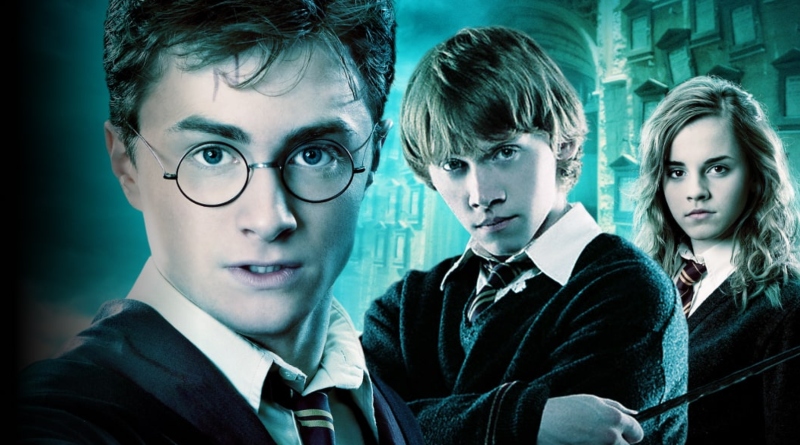 Is the Harry Potter phenomenon a force for good or evil?

Ever since the worldwide best-selling book series and films magically appeared, arguments— pro and con—have been flying like bludgers at a Quidditch game. So, here’s my exclusive debate with myself:

Headmaster Dumbledore: Good evening, muggles and wizards, and welcome to the Hogwarts School of Witchcraft and Wizardry’s debate on “Harry Potter” with James Watkins and James Watkins. Jim is the author of The Why Files: Are There Really Ghosts? and Jim is a newspaper columnist. Welcome gentlemen. We’ll begin first with you, Jim.

Jim: Thank you, Headmaster Dumbledore. I’ve never debated myself before . . . at least in public . . . but thank you for this opportunity. First, I thoroughly enjoyed the book Harry Potter and the Sorcerer’s Stone.Jim: Good points, Jim, but one of the problems of the series, at least for children, is the moral ambiguity. We’re never quite sure who is good and who is evil. Eleven-year-old Harry is a good boy, but he does have several character flaws. Dumbledore observes, he has “a certain disregard for rules.” For adults, this makes realistic fiction. (Even in the Bible, Abraham, Moses, David, Peter, and others had major moral lapses.) But until children reach adolescence, they have difficulty understanding this complexity, so I wouldn’t recommend the books for children younger than middle school.

Jim: I agree that Harry Potter is not for younger children. But what makes this book and the Warner Brothers movies outstanding is the author’s refusal to allow a simplistic division of the characters into “good” and “evil” characters. As you pointed out, the Bible is filled with godly characters who did ungodly things. Such is life and part of maturity is understanding that our heroes—whether sports, music, or political—are apt to have some less than heroic qualities.

Jim:Good points, but the element of the supernatural has stirred up a caldron of controversy. Some Christians believe that the entire series violates both Old and New Testament commands to avoid witchcraft. For instance, Deuteronomy 18:10-12 warns:

Let no one be found among you who . . . practices divination or sorcery, interprets omens, engages in witchcraft . . . . Anyone who does these things is detestable to the Lord.

Jim:Yes, that’s true, but is the “magic” in Harry Potter any different than the magic in C.S. Lewis’ The Lion, the Witch, and the Wardrobe or in J. R. R. Tolkien’s Lord of the Rings? Conservative Christian and best-selling author, Charles Colson, argues that Harry and his friends, “develop courage, loyalty, and a willingness to sacrifice for one another. Not bad lessons in a self-centered world.” He refers to the practices described in the books as: “purely mechanical, as opposed to occultist. That is, Harry and his friends cast spells, read crystal balls, and turn themselves into animals, but they don’t make contact with a supernatural world?. [It is not] the kind of real-life witchcraft the Bible condemns.” Obviously real witches do not fly brooms or turn into cats as they do in the books.

Jim:Interesting point. J. K. Rowling’s world does seem to be more “secular” than “occultic.” The witchcraft at Hogwart’s doesn’t include any of the elements of modern Wicca with its worship of nature and each other. However, the books do make witchcraft seem innocent and, of course, great fun. I think that’s dangerous, particularly if they become a gateway to interest in hardcore Wicca or Satanic worship.

Jim:Granted. This book series is very different from Lewis’ Chronicles of Narnia, where the White Witch is undeniably evil and Aslan, the Christ-like lion, is purely good. I wouldn’t mind my kids imitating Peter or Susan, but I don’t want my kids to have Harry Potter as a role model.

Jim:Very true. I think our debate points out that this is a very complex issue. Harry Potter provides valuable lessons about love, courage, and the victory of good over evil. In fact famous journalist G. K. Chesterton claimed that his own journey into the Christian faith began with the lessons of good and evil, as well as self-sacrifice, found in fairy tales. On the other hand, I believe the motion picture industry was wise in giving the movie version a PG rating. The moral ambiguity makes the books and the movies inappropriate for elementary school students. Even the Bible, especially Genesis and Judges, has some X-rated material that is certainly not appropriate for young readers.

Jim: I agree with you completely, which shouldn’t be surprising since I am you. I mean, you’re me. I mean . . . . I’m not sure debating myself was a good idea. Anyway, parents should read the books (or at least see the movie) if their children are reading them (and they probably are), as it provides opportunities to discuss the complex issues in the books which have become a very real part of youth culture.

2 thoughts on “Harry Potter: the good, the bad, the muggly”