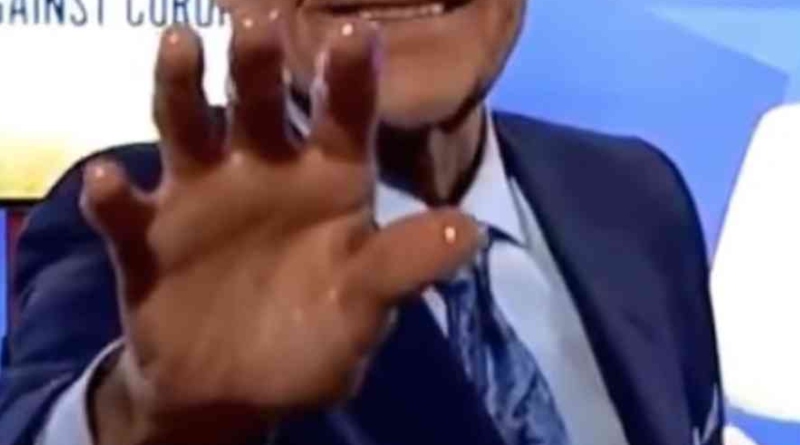 Any time I question the actions or teachings of TV evanglists or other questionable behavior in the Body of Christ, I receive stern emails warning me “not to judge.”

We are not to judge, but Jesus commands us to be good jurors.

“Do not judge, or you too will be judged. For in the same way you judge others, you will be judged, and with the measure you use, it will be measured to you.”

The word translated “judge” is krino in Greek and means to “put asunder, to be judged, to pronounce judgment, to subject to censure.”

However, He concludes the chapter with:

“Watch out for false prophets. They come to you in sheep’s clothing, but inwardly they are ferocious wolves. By their fruit you will recognize them. Do people pick grapes from thornbushes, or figs from thistles? Likewise every good tree bears good fruit, but a bad tree bears bad fruit. A good tree cannot bear bad fruit, and a bad tree cannot bear good fruit. Every tree that does not bear good fruit is cut down and thrown into the fire. Thus, by their fruit you will recognize them. “Not everyone who says to me, ‘Lord, Lord,’ will enter the kingdom of heaven, but only he who does the will of my Father who is in heaven. Many will say to me on that day, ‘Lord, Lord, did we not prophesy in your name, and in your name drive out demons and perform many miracles?’ Then I will tell them plainly, ‘I never knew you. Away from me, you evildoers!'”

The Greek word translated “recognize” is epiginosko which means “to become thoroughly acquainted with, to know thoroughly, to know accurately, know well; to perceive who a person is, to find out, ascertain.”

A judge passes sentence, condemns the guilty to just punishment. Jurors should never do that. Their only role is to discern if the accused is innocent or indeed guilty of the charges.

I’m afraid that in our sincere desire not to “judge” we have neglected our role as a “juror.”

For instance, Paul warns, “Do not scoff at prophecies, but test everything that is said” (1 Thessalonians 5:20-21b).

John writes, “Dear friends, do not believe every spirit, but test the spirits to see whether they are from God, because many false prophets have gone out into the world” (1 John 4:1).

Here are a few areas that seem to fail the “test” with many TV evangelists:

I’m concerned with some TV preachers’ lavish lifestyles (million-dollar houses, private jets, etc.). Compare that with Jesus (the King’s kid) who “took on the form of a servant” and had “no place to rest his head” or Peter and John who had “no silver or gold”.

There’s certainly nothing wrong with having adequate housing, but do they really need multiple mansions? Jesus was very clear that one cannot serve “God and money.” Luke 6:24 reads, “But woe to you who are rich, for you have already received your comfort.”

And why must they beg for contributions from middle and lower class families, when the sale of just one of their homes would easily fund the project being promoted?

After three weeks in India, I realize that most North Americans are “rich.” Even our five-year-old van with the dented fender is a luxury vehicle in three-fourths of the world. So I have really tried to live simply and give the excess to Christian relief organizations.

“If you have enough faith you can be healed”

I’m also concerned with the “health and wealth” gospel’s view of healing: “You can be healed if you just have enough faith.”

What about Paul with his unhealed “thorn in the flesh,” Timothy with his stomach problems, and Trophimus whom Paul “left sick in Miletus.” God used Paul to heal many—and even to raise the dead—but not on all occasions. More recently, there’s Joni Eareckson Tada, a quadriplegic, and Billy Graham with Parkinson disease. Do they lack “enough faith”? (Here are some thoughts on faith healing.)

“I’m only accountable to God”

A third area, that we have seen in the Jim Bakker, Jimmy Swaggart, Ted Haggard and other scandals, is a lack of theological and financial accountability. According to the LA Times TBN’s board consists of Paul, Jan, and Paul’s sister. And Paul’s attitude toward critics (who are the unpaid guardians of our souls) was exposed on TBN’s April 2, 1991, “Praise-a-thon” fund-raiser: “To hell with you! Get out of my life! Get out of the way! . . . I say get out of God’s way! Quit blocking God’s bridges or God’s going to shoot you if I don’t . . . I don’t even want to even talk to you or hear you! I don’t want to see your ugly face!”

I believe the reason that Billy Graham and his organization has never had a hint of financial or moral scandal is his humble submission to his spiritual advisors and independent board, as well as a public audit of all expenditures.

None of us is perfect

None of us is perfect (I’m a mess. You’re a mess). We all have areas in our lives that are not completely like Jesus. I certainly am not saying these “prosperity gospel,” “name it and claim it,” and “health and wealth” preachers are not Christians! But I believe many are sincerely deluded and confused as they preach a gospel that does not harmonize with the gospel of Jesus. That’s why it’s so important for them to have independent boards that will challenge them and keep them accountable theologically and financially.

And that’s why I’ve appreciated your email challenges of me. Thanks. We all need to fulfill our jury duties!