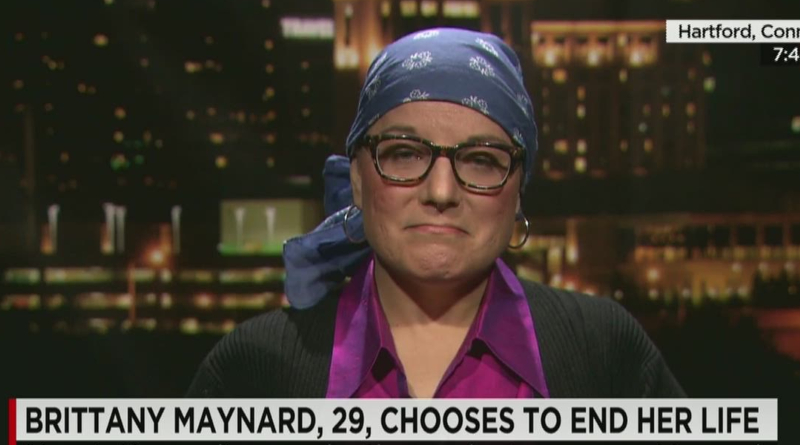 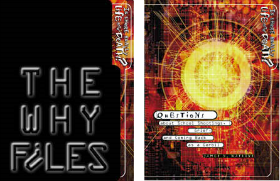 Maynard was diagnosed with grade II Astrocytoma, a severe brain tumor. It quickly progressed to Glioblastoma multiforme, the deadliest form of brain cancer. Now she has announced she will take her own life under Oregon’s “death with dignity” law in just ten days.

In 2000, I addressed the student body of Indiana Wesleyan University with a talk based on my book The Why Files: Is There Really Life After Death?. Please consider it carefully if you or a loved one is thinking about taking his or her own life.

I just finished a three-book series on sex, death, and the supernatural. So, I’ve learned more than I really want to know about feminine hygiene products, embalming bodies, and seances. That’s why Dr. Swyers asked me to speak on euthanasia.

Joni Earekson Tada, who has been paralyzed from the neck down for most for life, asls “Does the medical treatment offered extend life, or simply prolong death? Good question when facing a terminal illness.

I quote Ron Sloan, a family medicine doctor, in my book

Dr. Jack Kervorkian is the “poster child” for assisted suicide. He provides all the means for death, but the suicidal person actually turns on the gas or triggers the delivery of deadly drugs.

One person does something that directly kills another. For example, a doctor gives a lethal injection to the patient.

For today, I’m going to lump both together and refer to them both as euthanasia. Both intentionally make people die, rather than allowing them to die naturally. So, here are my two points, if you’re taking notes:

That didn’t take long! Maybe I ought to elaborate

Supporters of euthanasia talk about death as—and I’m not making these up—”deliverance, ” “aid-in-dying, ” “gentle landing,” and “embraced by the light”

But no where in the Bible—from Genesis to maps—is death glorified.

The apostle Paul writes in 1 Corinthians 15:26:

Paul seems to imply in Philippians 1:21-26, that life here on earth is good—even though life in heaven with Christ is obviously much better:

For to me, to live is Christ and to die is gain. If I am to go on living in the body, this will mean fruitful labor for me. Yet what shall I choose? I do not know! I am torn between the two: I desire to depart and be with Christ, which is better by far; but it is more necessary for you that I remain in the body. Convinced of this, I know that I will remain, and I will continue with all of you for your progress and joy in the faith, so that through my being with you again your joy in Christ Jesus will overflow on account of me.

Keep in mind that Paul is in prison—which is not the modern Grant County Jail, but basically a hole in the ground with bars—under Roman oppression, during persecution of the church, in the First Century where nearly half the population were slaves, and many died before their first birthday. Also a time filled with leprosy, malaria, small pox, and more. And, most of all, no Internet service!

But there is something inherently good about life!

Why else would Jesus and His disciples raise people from the dead? Lazarus has been enjoying release from First Century disease and political corruption for three days when Jesus commands, “Lazarus, you come back here!” If earthly life was something merely to be endured until we could enjoy health and life in heaven, then it seems absolutely cruel for Christ to bring the dead back to this “veil of tears.”

Part of the reason, of course, was for Jesus to prove His divinity, but I think a part of it, was that Mary and Martha needed their brother and that his divine purpose had not yet been accomplished. It was more important that—for now—he be on earth rather than in heaven.

So, what are some practical implications?

No one can say for sure who “terminal”

When I interviewed Dr. Sloan, he admitted:

You can have a patient who has all the symptoms [of near death], and they’ll walk out of the hospital a week later. You can have a cancer patient that you expect to live less than six months, and six years later you’re still doing their annual examinations. Or worse, you tell someone they’re perfectly healthy, and a few days later they’re face up in a flowerbed from a fatal heart attack.

Proponents of euthanasia want to expand reasons for killing one’s self or others.

For example, when he spoke to the National Press Club in 1992, Jack Kevorkian said that a terminal illness was “any disease that curtails life even for a day.” (Yikes, final exams take curtail your life for longer than that!)

The co-founder of the Hemlock Society often refers to “terminal old age.”

Instead of using the word “terminal” euthanasia advocates are replacing it with “hopelessly ill,” “desperately ill,” “incurably ill,” “hopeless condition,” and “meaningless life.”

An article in the journal, Suicide and Life-Threatening Behavior, described “hopeless condition” as severe physical or psychological pain, physical or mental debilitation or deterioration, or “a quality of life that is no longer acceptable to the individual.”

In a May 1996 speech to the American Psychiatric Association, George Delury (who assisted in the 1995 death of his wife who had multiple sclerosis) suggested that “hopelessly ill people or people past age sixty just apply for a license to die”

Severe pain is longer a reason for euthanasia

Anyone had a kidney stone? To understand the pain, lie in the parking lot and have your friends drive over your lower back . . . with a bus . . . with snow chains . . . filled with people on their way to Weight Watchers. It took three surgeries in two hospitals over one whole month to remove that stubborn stone. If Dr. Kervorkina would have walked in as I crying out to the Lord, I probably would have screamed, “Shooooow meeeee the monoxide!”

I’m not afraid of dying, but I am afraid of pain! I don’t buy this “No pain, no gain” stuff. My philosophy is “No pain, no ‘ow-ie’.” Euthanasia activists exploit that fear and imply that when cure is no longer likely, there are only two alternatives: euthanasia or unbearable pain. An official of Choice in Dying said refusing to permit euthanasia “would, in fact, be to abandon the patient to a horrifying death.”

However, today, pain control is available. For instance, once the doctor confirmed my kidney stone, they put me on a morphine pump with a “Jeopardy” style button I could push whenever I was in pain. “I’ll take Demerol for $100, Alex.” I was absolutely pain free.

After the Bible’s Job lost his health, wealth, and family, he seemed suicidal or at least stinkin’ depressed.

After this, Job opened his mouth and cursed the day of his birth. He said: “May the day of my birth perish, and the night it was said, ‘A boy is born!’ That day—may it turn to darkness; may God above not care about it; may no light shine upon it.

Phyllis Diller, the comedian, requested help in killing herself until her painful illness was cured.

A request for assisted suicide is typically a cry for help. And it’s usually temporary. Of those who attempt suicide but are stopped, less than 4 percent go on to kill themselves in the next five years; less than 11 percent will commit suicide over the next 35 years.

In another study, of the 24 percent of terminally ill patients who desired death, all had clinical depression which was treatable.

Euthanasia may be offered to cut rising health care costs

In the United States, thousands of people have no medical insurance. Doctors could find themselves far better off financially if a seriously ill or disabled person “chose” to die rather than receive long-term care.

Savings to the government may also become a consideration. For example, immediately after the passage of Measure 16, Oregon’s law permitting assisted suicide, Jean Thorne, the state’s Medicaid Director, announced that physician-assisted suicide would be paid for as “comfort care.

In the Netherlands, is not “legal” per se, but neither is it prosecuted. According to reports, 5,000 doctor assisted deaths occur each year. One report claims that many of those deaths are of “non-terminal” patients “mental illness, permanent disability, and even simple old age”

And one half of that number is “nonvoluntary”

First, become educated on the subject and speak out against it. The best way for evil to succeed is for good people to do nothing. There are several good anti-euthanasia sites on the Internet. (Quotes not cited in this articles are taken from euthanasia.com.)

Secondly, on controversial issues such as abortion, capital punishment, or euthanasia, when in doubt choose life. You won’t go wrong!

I think I could humanly justify euthanasia for my 91-year-old grandmother. She’s in a foster home with a constant case of diarrhea and bladder-control problems, and has congestive heart failure, mini strokes, and kidney failure. She can’t walk without assistance. She spends twelve hours in bed at night and twelve hours sitting in her LazyBoy recliner during the day watching game shows. (How much “Wheel of Fortune” can a person take?) And, she wants to die. So, because I love her so much, sometimes I’d like to see her die as well.

But that’s from a human perspective. Thomas Aquinas—way back in the 1200’s—opposed the taking of one’s own life because . . .

Related posts
• Dealing with impending death
• Do those who take their lives go to heaven?
• Help for suicidal thoughts
• Your may be depressed if . . .

3 thoughts on “What about euthanasia’s ‘death with dignity’?”