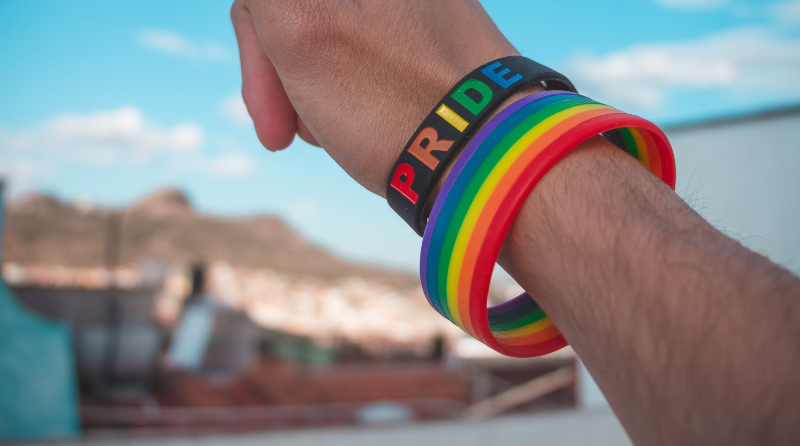 June is “Gay Pride” month. So, this month—and every month—I want to honor God and his Word while loving my LGBTQ(IA+)* friends.

It can be a challenge. According to the Public Religion Research Institute’s 2020 survey, 70 percent of Americans support same-sex marriage. That’s up from 49 percent just ten years ago in an ABC News/Washington Post survey. However, according to the latest Pew Research Center, 72 percent of Evangelicals and 43 percent of Catholics “strongly oppose” same sex marriages.

This month’s rallies, marches and increased media coverage will certainly spark conversations in homes, church foyers and break rooms. So, here are some of my humble thoughts on gay pride. First and foremost . . .

• God loves gays
The late Fred Phelps was best known for his appearance at gay pride events with his signs “God Hates Fags.” Each time I saw him and his followers on the news brandishing picket signs and shouting hatred, my heart broke. He had apparently missed the Bible study that included 1 John 4:7-10!

• “Coming out” My sexual identity crisis
After being called a “queer” for playing with girls (let the record show, I never played with dolls) and choosing a writing career that is populated by 90 percent females, I went through a time of wondering Am I gay? I don’t feel any attraction to guys, but why don’t I like manly activities?!

• LGBTQ(IA+) and B-I-B-L-E
It’s an issue, that as a follower of Jesus, I want to to address with truth and grace. I’m not here to judge either side.

• It’s about obedience, not ‘orientation’
In my humble opinion, most conservative churches have it wrong in their response to LGBTQ(IA+) issues. So, here are my two suggestions for the church.

• Posting with love, truth and grace
It’s an issue, that as a follower of Jesus, I want to to address with truth and grace. I’m not here to judge either side.

* The LGBTQ(IA+) acronym has grown over the years beginning with simply LGBT. It now includes Lesbian a female attracted to females; Gay, a male attracted to males, but it can be a generic term for all orientations; Bisexual, one attracted to both sexes; Trans, a person identifying as different gender from biological sex; Queer, once an insulting slur, it can now mean homosexuality in general; Intersex, a person with a reproductive anatomy that doesn’t fit the standard classification of female or male; Asexual, one who is neither attracted to males nor females and + one with other types of non-typical orientations.