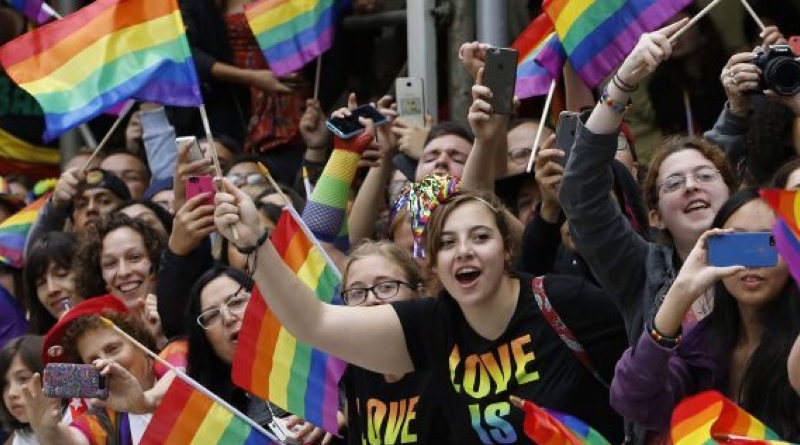 In my humble opinion, most conservative churches have it wrong in their response to LGBTQ issues. They have spent their time attacking anyone with a sexual orientation that differs from their perception of a biblical definition.

As I’ve written in three books on sexuality, sexual identity is complex. Is sexual identity nature or nurture? The answer seems to be yes. So, here are my two suggestions for the church:

Rather than singling out homosexual sins, address wide-spread heterosexual and pedophile sins within its walls.

I seriously doubt if any gay or straight person has come to Christ after being confronted with a “God Hates Fags” picket sign. So . . .

Homosexual behavior is not the only “abominable” sin

Preachers love the story of the destruction of Sodom and Gomorrah, and most claim homosexual behavior was the reason for all that fire and brimstone. The Bible doesn’t say that. Yes, there’s the scene of the residents coming to Lot’s house and wanting to have sex with his male guests, but that’s not specified as the condemning sin. Here’s what the prophet Ezekiel writes about the unfaithful Hebrew nation:

“As surely as I live, says the Sovereign LORD, Sodom and her daughters were never as wicked as you and your daughters. Sodom’s sins were pride, gluttony, and laziness, while the poor and needy suffered outside her door. She was proud and committed detestable sins, so I wiped her out, as you have seen” (Ezekiel 16:48-50).

There is the reference to “detestable sins”—which could be anything from idol worship to child sacrifice—but no specific mention of homosexual offenses in the list.

In fact, there are a lot of sins, in addition to homosexual behavior, that God calls “abominable.” Idol worship; sleeping with a woman whom you have divorced; eating an unkosher sacrifice; making unholy offerings to God, claiming to have received false prophesies; and convincing others to reject God’s Word. They’re all abominable.

Unfortunately, some Christians have created a list of sins they think are worse than others, but I love how the Scripture writers don’t make a distinction between “really bad sins” and socially acceptable sins. Paul lumps them altogether:

When you follow the desires of your sinful nature, the results are very clear: sexual immorality, impurity, lustful pleasures, idolatry, sorcery, hostility, quarreling, jealousy, outbursts of anger, selfish ambition, dissension, division, envy, drunkenness, wild parties, and other sins like these. Let me tell you again, as I have before, that anyone living that sort of life will not inherit the Kingdom of God (Galatians 5:19-21).

Right there, between sexual immorality and drunkenness, there’s jealousy and selfish ambitions!

It’s not about orientation, it’s about obedience

Just because I identify as heterosexual, doesn’t mean “I was born this way. I can’t help it I’m a heterosexual and want to have sex with anything with two X chromosomes. I should get a pass on God’s rules because it’s just how he made me!”

Let’s face it, in this culture, it is hard keeping sexually pure, whether you’re married or single, gay or straight.

In fact, a gay man asked a friend of mine, “How do you heterosexuals keep pure with all the temptations everywhere you look? It’s got to be hard!” Uh, yep.

That’s the bad news, but here’s the good news:

Some of you were once like that. But you were cleansed; you were made holy; you were made right with God by calling on the name of the Lord Jesus Christ and by the Spirit of our God (1 Corinthians 6:11).

The whole concept of holiness from the Temple rituals to the New Testament church is about being “cleansed” from sin and then “set apart” to obey God.

Run from sexual sin! No other sin so clearly affects the body as this one does. For sexual immorality is a sin against your own body. Don’t you realize that your body is the temple of the Holy Spirit, who lives in you and was given to you by God? You do not belong to yourself, for God bought you with a high price. So you must honor God with your body (1 Corinthians 6:18-20).

God is not so concerned whether you identify as LGBTQ as that you follow his plan for sexuality laid out in the B-I-B-L-E for both heterosexual and homosexual oriented people.

You are not alone in your struggle with homosexual or heterosexual temptation. It’s not easy to live a pure, holy life whether you’re straight or gay. Jesus understands that.

This High Priest of ours understands our weaknesses, for he faced all of the same testings we do, yet he did not sin (Hebrews 4:15).

The temptations in your life are no different from what others experience. And God is faithful. He will not allow the temptation to be more than you can stand. When you are tempted, he will show you a way out so that you can endure (1 Corinthians 10:13).

We are all unconditionally loved by a holy God who “doesn’t want anyone lost. He’s giving everyone space and time to change” (2 Peter 3:9 MSG).

Here’s a sign we often see at sporting events: JOHN 3:16. It sums up what the B-I-B-L-E teaches on LGBTQ:

“For this is how God loved the world: He gave his one and only Son, so that everyone who believes in him will not perish but have eternal life. God sent his Son into the world not to judge the world, but to save the world through him” (3:16-17).

If you’re struggling with homosexual or heterosexual temptations, there are loving, non-judgmental people to help.

• It’s about obedience, not orientation
• LGBTQ and the B-I-B-L-E
• My gender identity crisis
• Why are some people so bent out of shape about homosexuality?

One thought on “It’s about obedience, not ‘orientation’”