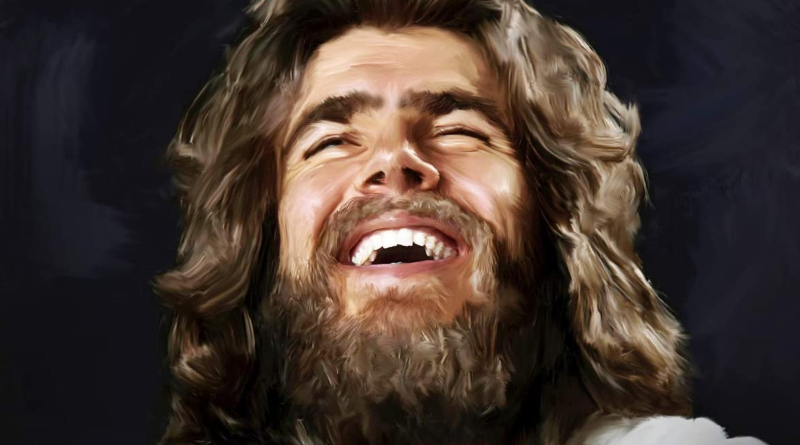 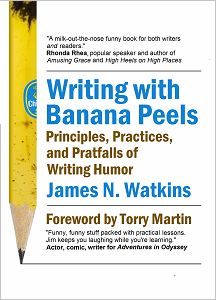 I’m teaching a humor-writing class based on Writing with Banana Peels at the Maranatha Christian Writers Conference. God is the ultimate “comedy” writer as you’ll see in this post from a few years ago:

“So they hanged Haman on the gallows he had prepared for Mordecai” (Esther 7:10a NIV).

Ancient theater was divided into two categories: Comedies and tragedies. In “comic” plays the “good guys” won and lived happily ever after. The “bad guys” got what was coming to them. In “tragic” plays, however, the heroes usually ended up dead—or at least defeated.
“>
We see this in more modern tragedies: Romeo and Juliet didn’t live happily ever after, the faithful dog “Ole Yeller” was shot by the very boy he rescued, and “Doomsday” sent Superman to the super-hero here-after.

The story of Esther, however, is a classic comedy. The evil Haman, a government papyrus pusher, plots to have all the Hebrews killed because Mordecai, a Jew, wouldn’t bow down to him. Haman even builds a gallows for Mordecai. But Queen Esther, unknown to King Xerxes, is a Jew—and the cousin of Mordecai. To make a long story short, the queen reveals her nationality, the Hebrews are saved and Haman is forced to honor Mordecai for an old political favor and eventually swings from his own gallows. It’s a great ancient comedy!

The Christian life is also a comedy. Even though tragic events come upon believers and unbelievers alike—cancer, auto accidents, natural disasters, rape, murder, etc. etc.—Christians know that in the end they will “live happily ever after.” And evil will be dealt with in the final act.

So, while the Christian life may not be one laugh after another, we can be assured that “eternal life” is the final punch line!