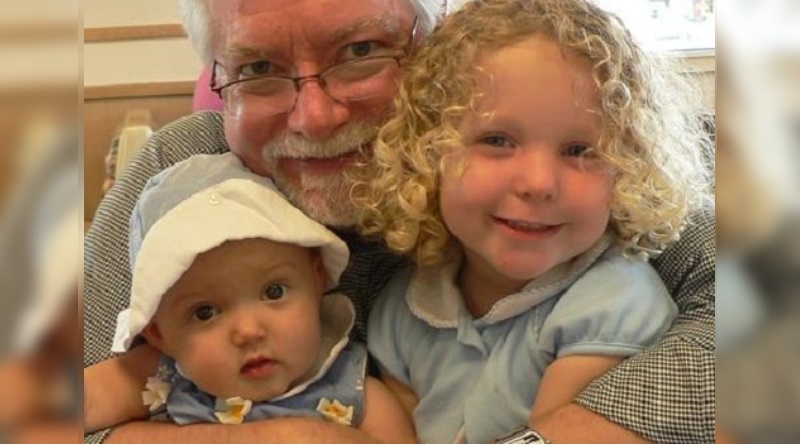 6:00 a.m.: The clock radio interrupts my sleep with news of a coup in Latin America, a drop in the stock market, and more fighting in the Middle East—minor stuff compared to getting three people off to school.

6:05 a.m.: Ten-year-old Faith interrupts my sleep with “Where’s my ‘Shop ‘Til You Drop’ sweatshirt?” I mumble something about having just washed it last night and a sleepy threat about punching her snooze button.

6:11 a.m.: The clock radio reminds me that I ought to be up and packing lunches.

Faith demands a sandwich of one piece of bologna with butter cut diagonally, graham crackers with chocolate frosting in between, fruit dried into the shape of teddy bears, and twenty-five cents for milk. Paul, on the other hand, insists on peanut butter and jelly cut perpendicularly, potato chips, and fruit dried into the shape of dinosaurs for lunch. Accidentally switching a “fruit-asaurus” for a “fruity-bear” or cutting a sandwich the wrong direction is enough to ruin a perfectly good day!

Lois prefers two slices of turkey ham (with mustard between the meat so it won’t soak the bread), an apple, and a Diet Coke.

All enjoy notes in their lunches declaring “Have a super day,” “I’m praying for your spelling test,” or “I’m really proud of you.” But it spoils the fun if they catch me writing them.

Next, comes half a grocery aisle of dry cereal: mostly puffed, sweetened, dyed pink, blue, and green, with freeze-dried marshmallows in “fun” shapes. Nobody eats the stuff once the free magic trick, glow-in-the-dark-miniature Frisbee or decoder ring has been excavated from the bottom of the boxed. However, I keep putting the fifteen boxes on the table along with my pre-recorded message about impulse buying.

For the next hour I try to coordinate the one-bathroom schedule (“I’m gonna explode if Faith doesn’t get out right now!”), umpire the daily skirmishes (“Paul is making faces at me!), and try to locate lost school books (“They were just here last night!”).

7:30 a.m.: I curl Faith’s bangs while she watches “Scooby Doo” cartoons. I enjoy working on her hair. Besides, having a hot curling iron dangerously close to her scalp is the only way this fifth-grader will sit still long enough to talk about her day, how she’s feeling, and who’s “going with who.”

7:45 a.m.: While Faith is waiting for her ride, I read a chapter from The Lion, the Witch, and the Wardrobe to six-year-old Paul.

8:01 a.m.: Faith is sent off with a hug, a kiss, and the assurance I’ll be praying for her big test. We had spent last night studying for he social studies test. I try to conduct the study time like a television game show. Faith usually rolls her eyes—her way of saying “Parents can be so weird”—but she seems to enjoy studying more when it doesn’t seem like studying. (Last night she won a trip to Europe, twenty-five thousand dollars in cash, and a Porsche. I just hope she isn’t planning to collect her prizes soon!)

8:02 a.m.: Paul has afternoon kindergarten, so I try to find something constructive for him to play while I’m in the shower—preferably something that doesn’t involve sharp edges or flammable liquids.

I’m a stay-at-home dad. I quit my job as editorial director at a publishing house while my wife, Lois, was starting her third year of graduate school. It hasn’t been easy trying to make a living as a free-lance writer and consultant. But it beats having your children put Mom and Dad’s picture on a milk carton asking, “Have you seen these parents?”

8:30 a.m.: Paul is upstairs playing and I am finally at the word processor in our downstairs office and ready for “work”—at least the kind that pays in pictures of dead presidents.

Contrary to Madison Avenue’s concept of a stay-at-home parent, I certainly don’t have time to dance in the backyard while sniffing “sunshine-fresh” laundry or soak for hours in a Calgon bubble bath. And I still haven’t figured out how Claire Huxtable can have a thriving law practice and a spotless house! Lois and I have decided that, until the Surgeon General warns that dust and dirty dishes cause cancer in laboratory animals, time with the family is more important than time with Mr. Clean.

The worst part, however, has been my grandmother and mother-in-law calling to ask if I’ve found a “real job” yet. And just yesterday the assistant pastor called asking, “Can you chair the finance committee since you have your mornings and afternoons free when other men are working?”

And I don’t get a lot of encouragement from Faith and Paul either. Once when Lois had to gone overnight, I went all out for a special evening. I created an exciting new macaroni and cheese dish, baked a chocolate cake, and rented a video. “Macaroni and Cheese Oriental” was too “gross,” the chocolate cake was too “dry,” and “E.T.” was too sad. But there are moments—here and there—that make the minor sacrifices worth it.

3:15 p.m.: Faith arrives home from school with her eyes near flood stage.

Her eyes overflow their banks. “I lost a mitten this morning, and I’ve been upset all day long.”

We snuggle close on the office couch and hug tightly. The word processor’s cursor tries to capture my attention with its constant blinking, but its efforts are futile.

I’m too busy with my real job.

Note: Wow, it’s been a while since I wrote this, and the stock market and Middle East are still as unstable as ever. Faith, however, now has two adorable teenaged girls (that’s them in the pic) and Paul is married with three equally adorable girls and three handsome boys. And, although the job description has drastically changed, I’m still enjoying my “real job.” Now if you’ll excuse, I need to watch my grandkids.