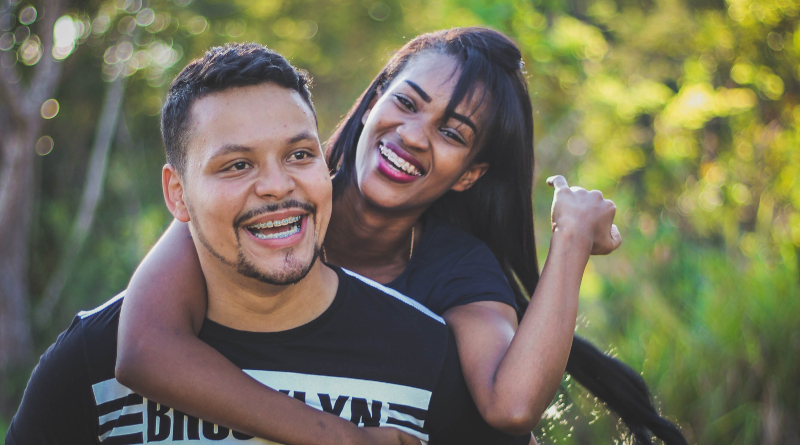 I knew something was wrong the second I said it.

While on a speaking tour of Australia, our host had warned us what words not to use “down under.” For instance, a proper Aussie would never say, after dinner (which is not called dinner but “tea”), “I’m stuffed.” That’s a rather improper word for regnant. In fact, avoid “stuff” all together, since that’s a very improper word for sex.

Well, I thought I had avoided all the foreign faux pas, until the auditorium full of high school students—who were “bonkers” about American basketball—asked who is my favorite team.

“I don’t really have a favorite, but a lot of my friends like to root
for the Bulls.”

Suddenly, silence punctuated by some suppressed snickers swept over the crowd. “Root” I later was told, is Australia’s version of the American f-word!

Although we both spoke English, my fair dinkin (genuine) Australian friends spoke “Aussie English” and I spoke “American English” and they are two very different dialects!

Here are some of the theories I’ve developed over forty years of attempting communication—often unsuccessfully—with my wife.

Don’t believe me? Okay, how many times has this scene played at a home theater near you?

She: I don’t want to watch TV. Let’s just talk.

He: Okay. (Actually, many males don’t exhibit enough self-preservation to answer this way. Most will mutter, “Not right now. The Norwegian National Curling Playoffs are just coming on.)

He: Okay. (So far, so good, and he’s only missed the Norwegian National Anthem.)

She: So, how are things between us?

She: I wish we spent more time like this just talking.

She: Thanks for listening. It makes me feel so special. (Phone rings.) We’ll have to do it again sometime soon.

Here’s my first theory. Men tend to communicate for information. “Where are my clean socks?” “When do I need to take the cat to be neutered?” “What’s our middle child’s name again?”

Women, so my theory goes, are not communicating for information, but for validation. They want to be assured of their value to those they love and be certain those people love them.

Let’s go back to our exciting he/she story.

The perceptive male (that’s often an an oxymoron!) will sense that his spouse needs to know that time spent with her is more important to him than time with the Norwegian curling team. (And he’s the one who will “score” if he clicks off the TV.)

Men tend to have their worth validated by what they do, whether it’s closing a deal at the office or getting the ’78 Cougar purring like a contented cat. Women, however, seem to receive more validation from the break room conversations than boardroom confrontations. Spending time together talking subliminally says, “I value you. You’re important to me.”

And, as we’ll see in theory four, males don’t need to voice a lot of verbiage to validate. “Okay,” “uh-huh,” and the sure-fire winner “I understand,” are often all that’s needed.

Translation tip: Guys, listen more, talk less. (And turn off the TV occasionally—your team will do just fine without your armchair coaching.)

A best-selling book claims Men are From Mars, Women are From Venus. My theory, however, is that men and women are not even in the same communication cosmos! Men tend to speak with the bleakness of the red planet. Women, however, are inclined to share with a rhetorical richness which can distinguish between three hundred shades of “red” such as aniline, Bengal, carmine, crimson, cerise, garnet, magenta, nacaret, ruby, russet, rust, scarlet, etc. etc. (Do any of those names mean anything to anyone with a “Y” chromosome?!) Thus, I believe the more accurate book title would be Men are From Mars, Women are From Vermilion.

I heard the literal words, but I completely missed the emotional meaning. She meant, “I don’t feel you understand me.” (See, same words, different meanings!)

We men are more literal in our thinking. We’re used to talking about three-eighth-inch wrenches, thirty megabytes of random access memory, twenty-five-hundred revolutions per minutes, and a score of 104 to 96 in NBA playoffs—things you can see, measure, quantitate. So, men’s communications encompass all the emotion of Martian bacteria.

And thus, when women use word pictures, superlatives (“never,” “always”), and poetic license, we men tend to respond literally.

A woman may say, “We never go out” which may mean in Estrogen-English, “I just love going out with you. It makes me feel so special. Let’s go out this weekend.” But our literal male mind mouths, “What do you mean, ‘we never go out’? We went out to dinner and a movie during the last solar eclipse!”

To further confuse communication, men occasionally do attach emotional meanings to literal words. For instance, I recently spent an afternoon with my brother target practising. My wife thought it was merely a testosterone festival with small caliber conversation. But if she could have translated what was being said, she would have found it a touching time of brotherly bonding.”Great gun, Tom! Wow, Smith and Wesson. Cool!”

Androgen translation: I admire your discriminating taste. You obviously have given as much thought to the purchase of a .32 caliber revolver, as you have given to your car and wardrobe.

Androgen translation: I apologize for all the times I put you down and told my friends you weren’t really my brother, but a brain-damaged baby my parents adopted. You are obviously a competent person whom I wish to affirm and validate.”

So, when a husband tells his wife, “That dress looks great on you,” “That was terrific meat loaf,” or “Thanks for taking the car in for an oil change,” the intended meaning may be “you are obviously a competent person whom I wish to affirm and validate—and have sex with as soon as the kids are in bed.”

Translation tip: The secret then, is to simply ask for a translation.

When I give a “just the facts” answer, Lois now switches into her talk show host mode and asks “So, how did you feel about it?”

When Lois says, “You never listen to me” (or some other phrase that I think is an overgeneralization) I’m trying to display enough self-preservation to reply, “Help me understand what you mean.” Then, I attempt to keep my mouth shut until she is finished explaining—which is not always easy because of my third theory.

For instance, when a male returns home from a job interview, he usually blurts out “I got the job!” or “@#$% *&+X!” When a women arrives home, a male may hear, “I couldn’t wait to get home to tell you.” “So, the answer is?,” he foolishly replies, trying to read her facial and body language.

“Sit down and I’ll tell you all about it.”

“But did you get the job?!” he says more forcefully—and foolishly.

“I had a really tough time picking out what to wear. You know, I wanted something professional, but not pretentious. Well anyway, I decided on the gray suit, but I wore this blouse because it looks a bit more casual.”

By this time the significant other has resigned himself to not getting an answer until the next presidential election. There’s a detailed description of the office (“There seemed to be a lot of tension in the office. Everyone was nice, but something didn’t seem quite right”) plus a complete transcript of the actual interview and emotional responses to each line of dialog (“The man I’d be working for seemed nice enough, but I could tell he was a bit of a sexist from his exclusive language”).

“You weren’t listening to me! I told you there’s a lot of tension in the office.”

In journalism, male communication is called an “inverted pyramid.” Give the reader “who,” “what,” “where,” “when,” “why,” and “how” in the lead paragraph and then, in each subsequent paragraph, give lesser and lesser important information.

So, if you’d like the thirty-second “Headline News” version of our trip “down under,” ask me. If you want PBS’s “News Hour” version, ask Lois.

Translation tip: With this in mind, Lois now tries to talk with me as if she was sitting at an anchor desk with a thirty-second “news break.” She provides only the information that’s important enough to include in our annual Christmas letter or to demand the services of a plumber, neurosurgeon, or lawyer. And once I know the five “W’s” and an “H,” then I’m more willing to listen to the “in depth reporting” of less important details and her emotional reaction to each.

And I’m trying to provide her with more than a “sound byte” of my day. But sometimes, we males are incapable of even that as we will discover in my final theory.

4. Androgen is often expressed with silence; Estrogen with words.

Men, under stress tend to withdraw and escape, while women need to express their feelings. For instance, a male sitting on the couch with his nose in the newspaper may not be saying a word but is silently shouting, “I’ve had a hard day and I want to escape into the world of murder and mayhem to console myself that my life isn’t as bad as it is in Iraq or Gary.”

Sitting on the couch mindlessly clicking TV remote may be translated, “I am totally stressed and I need some time to try to think it through. I love you and care about you, but I need time to myself.”

This is understandably upsetting to the female who believes every carbon-based life form has a God-given need to talk when stressed, depressed, or trying to figure out a 1040 tax form. When the female does attempt to draw out feelings from this pile of protoplasm, she is lucky to get one-word responses.

For instance, “Fine” can mean anything from “fine” to “I’m passing a kidney stone.”

“Okay” may translate “I was fired from my job, but I may get it back pending the grand jury investigation of my expense account” or “I just found out I have six weeks to live.”

The underlying message is, “I’ve got to work this out myself—preferably in the garage, on a lake, or golf course—before I can talk to you about it.”

Silence, then, is a perplexing mode of male communication for the female who has the need to talk about the problem.

Translation tip: Lois has learned that when I am in my persistent vegetative state to simply toss me the TV remote and say, “You look like something’s really bothering you. Let me know whenever you want to talk about it.” And then she waits patiently for me to begin verbalizing.

And I try to fight the urge to provide an immediate answer when Lois shares a problem. All she often wants is for me to listen and say, “I understand.”

Lois and I both speak American English words, but we have come to understand we communicate with two very different dialects—Androgen and Estrogen. And we are attempting to become “bilingual” using the translation tips listed. We’re not always fluent, but we are at least attempting meaningful dialog.