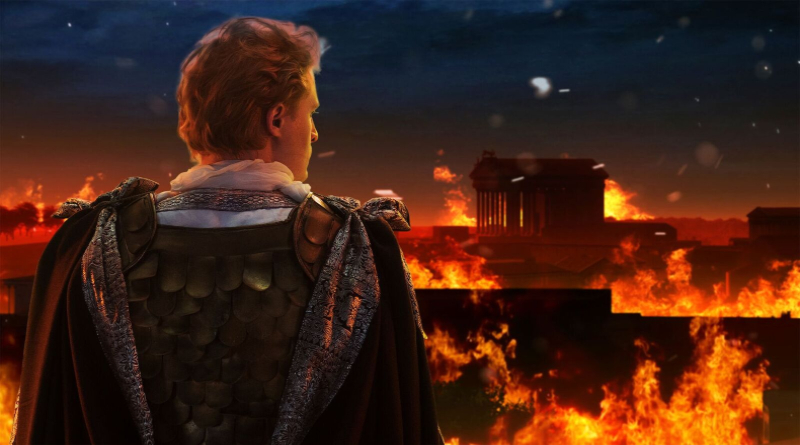 I get it. Half of the country is celebrating the 2020 election results and half are mourning. (What a close and divisive election!) We all had a choice in whom we voted, but the Bible doesn’t give us a choice for what leaders we pray. We are told to:

Pray this way for kings and all who are in authority so that we can live peaceful and quiet lives marked by godliness and dignity (1 Timothy 2:2).

Whether it’s president, governor or dog-catcher, we’re taught to pray for them. So, here’s one of my newspaper columns from the very divisive 2000 election:

When the apostle Paul urged early Christians to pray for their leaders, did he have a sadistic and sexually-depraved serial killer in mind?

The world has always had its share of deranged dictators, murderous military leaders, and cruel conquerors, but none spikes the crazy meter like Nero Claudius Caesar Augustus Germanicus (37-68 A.D.) Better known as simply Nero, this Roman emperor makes the maddest modern despot look like a Baptist Boy Scout!

First, his marital affairs would have made “The Real House Wives of Caesaria” blush. Nero, who was married to Octavia, had an affair with a former slave. The emperor’s mother, Agrippina, came to her daughter-in-law’s defense, so Nero shunned his mother. Since hell hath no fury like a mother spurned, Agrippina, plotted to have Nero’s step-brother, Britannicus, made emperor. So, Nero had the 15-year-old poisoned to death. Undeterred, Agrippina sought to have Rubellius Plautus usurp her own son’s throne. In turn, Nero tried to kill his mother through a planned shipwreck. “Here, Mom, a free cruise on the Maximus Submergeus. When she survived the sinking, he had her executed and framed it as a suicide.

With mommy dearest out of the way, Nero divorced and banished Octavia on grounds of infertility, leaving him free to marry the pregnant Poppaea, who was his long-time mistress and in her second marriage at the time to future Emperor Otho. When she and Nero got into an argument about him spending too much time at the chariot races, he allegedly kicked her to death, although some historians believed she died in childbirth. Nero flaunted his “liberated” sexuality by performing sex acts on the streets of Rome and encouraging others to join in.

Second, his political career should have prompted several dozen Senate ethics committee investigations. When Nero learned that Lucan and his former teacher, Seneca, were plotting a coup detat, he forced them to commit suicide. As he became more and more paranoid that people wanted him out of office—which was quite true—Nero used treason laws to kill anyone he considered a threat. Antistius, a high-ranking official, was killed for simply speaking ill of Nero at a party.

Nero planned a 100-300-acre palace complex called the Domus Aurea which included lush artificial landscapes and a nearly 100-foot-tall statue of himself called the Colossus of Nero. However, when he couldn’t get the required zoning permits for the project, some ancient historians believe the emperor simply had the business area torched. (Contrary to legend, Nero did not “fiddle while Rome burned,” but was reported as being out of town. Good alibi!) Whatever the cause of “The Great Fire of Rome,” Nero blamed the Christians.

Nero devised creatively cruel ways to have believers killed. He covered them with the skins of animals, then released starving dogs upon them to tear them to pieces. They were nailed to crosses. The apostle Peter was one of Nero’s victims, who asked to be crucified upside down feeling unworthy to be executed in the manner of his Lord. Perhaps the emperor’s most sadistic scheme was to impale Christians on stakes. At night, he would have them covered in pitch and burned alive as torches to light his garden parties.

Despite Nero’s record as a sadistic and sexually-depraved serial killer of his mother, step-brother, wife and hundreds of enemies, Paul writes to those living in Rome: “Everyone must submit to governing authorities. For all authority comes from God, and those in positions of authority have been placed there by God” (Romans 13:1).

And the mentor writes to his young apprentice pastor, Timothy: “Pray this way for kings and all who are in authority so that we can live peaceful and quiet lives marked by godliness and dignity” (1 Timothy 2:2).

Press “pause” for just a moment and let that sink in. These scriptures, so familiar to most Christians, were written with Nero in mind! Paul, who would spend his last days in a Roman prison awaiting beheading under the rule of Nero, writes that his followers are to “submit” to this deranged despot—and to pray for him!

Paul makes no disclaimers, exceptions or “fine print” about submitting to and praying for all those in authority. (Keep in mind that Daniel, as well as early disciples “submitted” to authorities by not resisting punishment for faithfully obeying God rather than humans.)

So, no matter who is in the White House, State house or dog house, we are commanded to pray for our political leaders: even those who oppose our spiritual, political or moral beliefs as strongly as Nero!