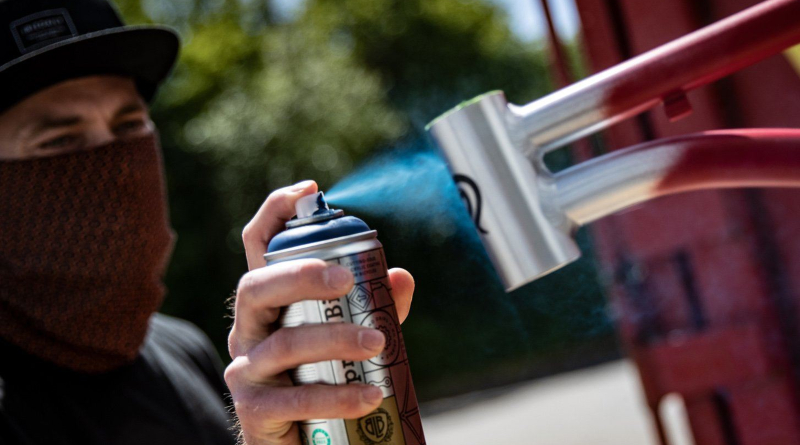 Both five-year-old Paul and his bike were banged up after a summer of skids, spills, and “wheel-ies.” So one weekend, we spent hours sanding down the chipped areas on the fenders and cleaning the chrome sprockets and handlebars.

All the while, Paul was getting more and more impatient. “Come on, Dad. When are we going to paint it?!”

Finally by Saturday afternoon the time had arrived to paint the bike with gray primer.

“Why do we have to do that?” Paul demanded. “Let’s just paint it jet black.”

“Well, this gray paint will help the black paint stick better. And it will show up any places we need to re-sand,” I tried to explain as I shook the can of spray paint.

“Well, okay.” I thought I had thoroughly explained the fine art of spray painting to Paul. But once the weapon was in his hands, he aimed and bombarded one small area on the back fender. The thick paint quickly began running in little gray rivulets over the edge of the fender.

“No, Paul! Remember, you’ve got to use real thin coats of paint.”

“Yeah, but it doesn’t show up that way,” he countered continuing his attack.

Parenting is a lot like spray painting. If we bombard our children with lectures, the values we want to instill often “run”—or worse, our children run from us.

But it’s a lifetime of thin coats of moral and ethical lessons. Consistent discipline that teaches a lesson. And if we begin the moment they come home from the hospital, those morals and values begin to slowly build up and produce a high gloss finish in our children’s lives. PFFFT! PFFFT!