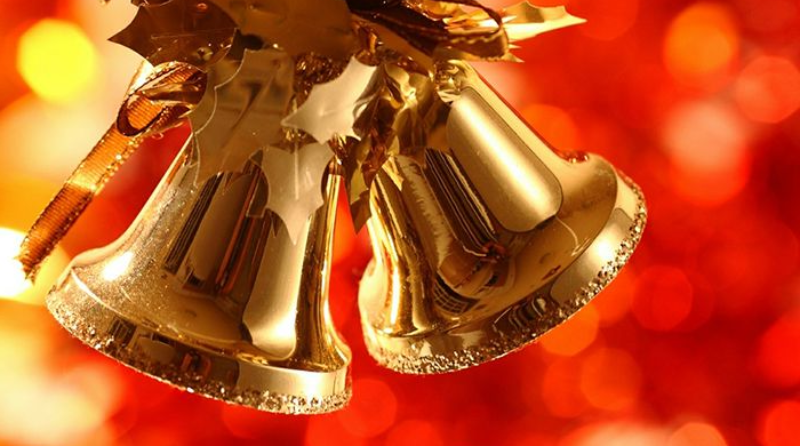 “Peace on earth” seems only a hollow Christmas card cliche today what with civil wars, terrorist attacks and rioting in the streets throughout the world.

Henry Wadsworth Longfellow didn’t feel in much of a holiday mood either when he heard the bells on Christmas Eve during the Civil War. His wife had been burned to death when her clothing caught fire in 1861, and his son had been critically wounded in the War in November 1863. The famous poet is believed to have penned the following in 1864:

I heard the bells on Christmas day
Their old familiar carols play,
And wild and sweet the words repeat
Of peace on earth, good will to men.

I thought how, as the day had come,
The belfries of all Christendom
Had rolled along the unbroken song
Of peace on earth, good will to men.

But Longfellow’s hope was in the One who originally wished, “Peace on earth, goodwill to all people on whom His favor rests.” His poem triumphantly continues:

Then pealed the bells more loud and deep:
‘God is not dead, nor doth He sleep;
The wrong shall fail, the right prevail
With peace on earth, good will to men.’

Till ringing, singing on its way
The world revolved from night to day,
A voice, a chime, a chant sublime
Of peace on earth, good will to men.

So despite visions of car bombs dancing in our heads, we can settle in for a long winter’s nap. The bells continue to ring out the promise of peace with faith and hope of Christmas.

And it came to pass in those days, that there went out a decree from Caesar Augustus that all the world should be taxed. (And this taxing was first made when Cyrenius was governor of Syria.) And all went to be taxed, every one into his own city. And Joseph also went up from Galilee, out of the city of Nazareth, into Judaea, unto the city of David, which is called Bethlehem; (because he was of the house and lineage of David:) To be taxed with Mary his espoused wife, being great with child.

And so it was, that, while they were there, the days were accomplished that she should be delivered. And she brought forth her firstborn son, and wrapped him in swaddling clothes, and laid him in a manger; because there was no room for them in the inn.

And there were in the same country shepherds abiding in the field, keeping watch over their flock by night. And, lo, the angel of the Lord came upon them, and the glory of the Lord shone round about them: and they were sore afraid. And the angel said unto them, Fear not: for, behold, I bring you good tidings of great joy, which shall be to all people. For unto you is born this day in the city of David a Savior, which is Christ the Lord. And this shall be a sign unto you; Ye shall find the babe wrapped in swaddling clothes, lying in a manger.

And suddenly there was with the angel a multitude of the heavenly host praising God, and saying, Glory to God in the highest, and on earth peace, good will toward men (Luke 2).

Have a joyous, peaceful holiday season!