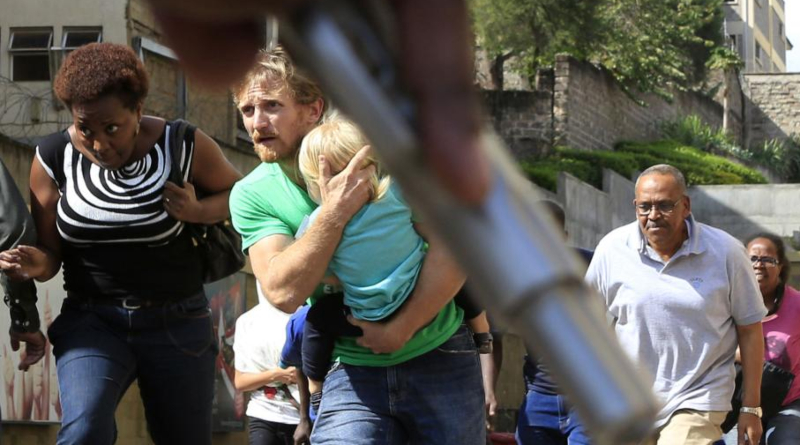 President Bush called it “The war on terrorism.” His secretary of defense preferred to call it the “global struggle against violent extremism.” And the Pentagon was more specific with its opposition to “extremist Sunni and Shia movements that exploit Islam for political ends.” Whatever it’s called, the entire civilized world faces several challenges:

All terrorists believe they are fighting for a just cause

What is it that motivated Osama bin Laden and his fellow terrorists? Oddly enough, the husband of five wives claimed to be fighting for the family. Think of him as an Islamic James Dobson.

Muslim author Harun Yahya describes non-Islamic (infidel) cultures where “an extreme feeling of distrust prevails. When there is no reason for one to be sincere, honest, reliable or well-behaved, nothing stands in the way of dissimulation, falsehood, or betrayal. The members of such societies have ‘cast God away behind their backs with contempt’ and thus never acknowledged the fear of God. In an environment without religion, the first concept to be eliminated is that of the family. Values such as loyalty, fidelity, allegiance, love, and respect, which sustain the family, are totally abandoned.”

As an American infidel, I believe in sincerity, honesty, reliability, family, loyalty, fidelity, allegiance, love, respect, and God. (And I agree with the Islamic teachings against abortion, drug abuse, racism, pollution, and other social ills.) So, I guess on many issues, I would have agreed with the hunted terrorist’s “focuson the family.”

Many terrorists believe they are fighting for a holy cause

But what turns pro-family advocate bin Laden into a holy terror? His faith. I spent some time reading the Koran (or Qur’an as they prefer to spell it). I found out rather quickly how terrorists can justify their actions.

So when the sacred months have passed away, then slay the idolaters wherever you find them, and take them captives and besiege them and lie in wait for them in every ambush, then if they repent and keep up prayer and pay the poor-rate, leave their way free to them; surely Allah is Forgiving, Merciful (The Immunity, 9.5).

The punishment of those who wage war against Allah and His apostle and strive to make mischief in the land is only this, that they should be murdered or crucified or their hands and their feet should be cut off on opposite sides or they should be imprisoned (The Dinner Table, 5.33).

In fairness, a Muslim spokesman explains, “Islam never tolerates unprovoked aggression from its own side; Muslims are commanded in the Qur’an not to begin hostilities, embark on any act of aggression, violate the rights of others, or harm the innocent. Even hurting or destroying animals or trees is forbidden. War is waged only to defend the religious community against oppression and persecution.”

If Muslims were to only read the Old Testament they would find Israelites killing Midianite men, women and children; they would read of King David whacking off the manhood of hundreds of Philistines. Using out-of-context verses, they could build a case for Jews and Christians as blood-thirsty killers.

Some terrorists believe they will be guaranteed heaven if they die for the cause
The Qur’an reads:

O who believe! Shall I direct you to a commerce that which will save you from a painful torment? That you believe in Allah and His Apostle (Mohammad), and that you strive hard and fight in the cause of Allah with your wealth and your lives. That will be better for you, if you but knew. If you do so He will forgive you your sins, and admit you into gardens of Eternity—that is the great success” (The Ranks, 61:10-12).

Some fundamentalists believe that martyrs will be rewarded with 72 virgins “beautiful as diamonds” for wives for eternity.

So, how does one threaten Islamic fanatics who believe they’re on a holy mission? Isn’t bombing them to ‘kingdom come’ a bit like threatening junior high boys with a lifetime sentence at the Playboy mansion?!

Terrorists believe in small cells, rather than a bulky bureaucracy

Suicide bombings, or even airplane hijackings, are carried out by individuals or small groups often living covertly inside the country. The deadly Oklahoma City and London bombings were carried out by citizens of the respective countries. Timothy McVeigh and Terry Nichols, two average-looking Americans, used readily available ingredients (diesel fuel and fertilizer) packed into one of thousands of rental trucks.

The 100,000 plus U.S. soldiers in Afghanistan and Iraq failed to deter a handful of terrorists from bombing London’s subway system. Unless there is one soldier or government agent spying on every person on earth (and not one of those soldiers or government agents is a double agent), someone can—and will—carry out terrorist acts.

Based on terrorists’ beliefs, I don’t believe we can win a war on terrorism by invading terrorist-friendly countries. That appears to have only alienated our allies and motivated the terrorists. It seems to this simple-minded columnist that the hundreds of billions of dollars spent fighting in Iraq could have been much better spent on better border security, intelligence gathering, and covertly infiltrating radical cells.

Unfortunately, no, I don’t think we can win “the war on terrorism” or even the “global struggle against violent extremism.” You can’t fight beliefs with bombs.