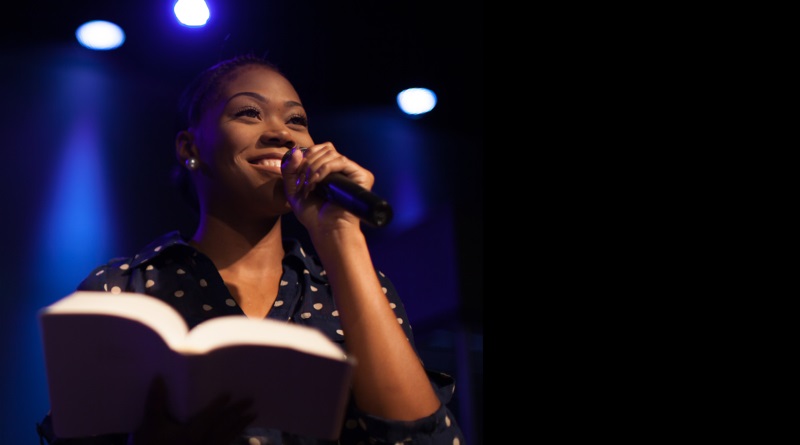 The apostle wrote, “I do not permit me a woman to teach or have authority over a man. She must be silent.”

What is one to do with this Bible verse from Paul’s letter to Timothy?!

Here’s how I address it in my book Communicate to Change Lives.

Take the common meaning in the original languages

Words change over the years. Right now I would be terribly misunderstood if I said, “I’m feeling very gay today.” Fifty years ago, it would have meant I was happy, joyous. In 2007 it means something very different. If I say, “That’s a really bad car,” I’m not saying it needs to be recalled for safety concerns. It’s a really cool car (which doesn’t refer to temperature at this time.) All these examples have the shelf-life of milk!

It’s the same with Scripture written thousands of years ago. Let’s take an often misinterpreted verse:

In 60 A.D. the word translated “authority” from the Greek actually had multiple meanings (and since this is the only time the word is used in the New Testament, it’s impossible to determine how Paul used it from other contexts.)

Scott Baldwin, popular author on women’s issues, notes several possible translations: to control, to dominate, to compel, to influence someone/thing, to domineer/play the tyrant, to grant authorization, to act independently, to assume authority over, to exercise one’s own jurisdiction, to flout the authority of, to commit murder. He concludes the most likely translation is “to have authority over” or “to domineer.”

Thus, those supportive of women in ministry, interpret it to mean to “dominate” which Paul strictly forbids since men and women are to be viewed as equals (Gal. 3:28) and submit to one another (Eph. 5:21). Fundamentalists interpret the word to denote a hierarchy; women must not be in a supervisory role over men. (However the word didn’t mean hierarchy until 300 AD.)

The best we can conclude is that there is no precise definition for the word.

Take the cultural context of the passage

In that culture, women were not allowed a formal education, so virtually all women in Ephesus at that time were illiterate. This, of course, made being a woman teacher a bit difficult!

Melanie Kierstead, of Asbury College, also argues that Paul wrote the controversial passage to address the matriarchal culture of Asia Minor, and particularly Ephesus, where the gods were all women and the human men were ceremonially castrated. Thus, these are specific instructions for a specific people (those in the Ephesus church) at a specific time (first century) in a particular place (Asia Minor where the temple of Dianna, goddess worship, and matriarchal dominance were). Other scholars, however, believe temple prostitution was no longer practiced in 60 A.D. Ephesis.

Take the broadest, most documented position

If you have a church filled illiterate women who are recent converts from goddess worship (or ex-temple prostitutes), 1 Timothy 1:12 is wise advice for that church at that time.

Then you have to deal with Acts 2:1718 which is a fulfillment of Joel’s prophecy “your sons and daughters will prophecy.”

Following these three principles will clear up many apparent “contradictions.”

Related articles
• A case for women in ministry
• What does the Bible really say?

I usually do an annual women in ministry post Here is this year’s:

1. Patriarchy (more recently given a nice name, “complementarianism”) is a consequence of sin and the fall.

2. So we are not surprised to find that the Day of Pentecost is the ultimate unwinding of patriarchy. “Your sons and daughters will prophesy” (Acts 2:17). “In Christ there is not ‘male and female'” (Gal. 3:28). We differ nothing in spirit or mind, only in body, and the male sexual body is not particularly known for its spiritual or prudent leadership.

3. And this is the trajectory of heaven and the kingdom, because in the kingdom women “are not married or given in marriage” (Mark 12:25). They are like the angels with full and equal status, not in subjection to men.

5. This full restoration of humanity is in view in the ministry of the early church–Junia, an apostle (Rom. 16:7); Phoebe, a deacon (Rom. 16:1); Priscilla, the teacher of Apollos (Acts 18:26); Lydia, the house-church leader (Acts 16:15). As we would expect, the Holy Spirit is the great equalizer and empowerer.

6. This is hard for some people, even Christians, to handle. Culture is too strong. God meets people where they are and moves them from there. There are accommodations to the less than ideal in Scripture (e.g., Matthew. 19:8) because the books of the Bible were first written to real people. Ironically, those in the church who oppose women in leadership and ministry focus on verses where the approach is not distinctive from the culture but accommodates it for contextual reasons (e.g., 1 Tim. 2:12; Col. 3:18).

But if we can make the church, let alone the world, move closer to the kingdom, why would we settle for the “weak and impoverished elements” of the world (Gal. 4:9). The church thus should favor the full participation of women in ministry and leadership on every level.