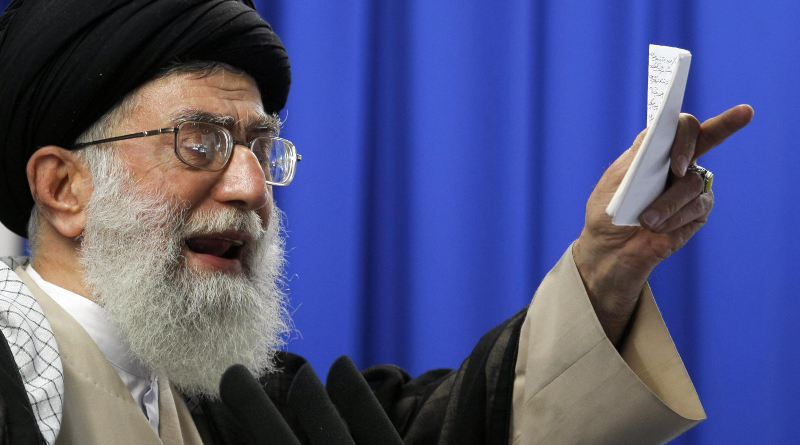 When Islamic terrorists flew commercial airliners into the World Trade Towers, the Pentagon and the ground in Pennsylvania, President George Bush addressed the nation declaring “Islam is a religion of peace.” Recently, President Barack Obama told the United Nations General Assembly, “We are not at war against Islam. Islam is a religion that preaches peace.”

And make not Allah because of your swearing [by Him] an obstacle to your doing good and guarding [against evil] and making peace between men, and Allah is Hearing, Knowing (2224).

Surely those who disbelieve and turn away from Allah’s way, then they die while they are unbelievers, Allah will by no means forgive them. And be not slack so as to cry for peace and you have the upper hand, and Allah is with you, and He will not bring your deeds to naught (47.34-35).

Here are actual passages from The Holy Qur’an:

And kill them wherever you find them, and drive them out from whence they drove you out, and persecution is severer than slaughter, and do not fight with them at the Sacred Mosque until they fight with you in it, but if they do fight you, then slay them; such is the recompense of the unbelievers (2.191).

The punishment of those who wage war against Allah and His apostle and strive to make mischief in the land is only this, that they should be murdered or crucified or their hands and their feet should be cut off on opposite sides or they should be imprisoned; this shall be as a disgrace for them in this world, and in the hereafter they shall have a grievous chastisement (5.33).

So when the sacred months have passed away, then slay the idolaters wherever you find them, and take them captives and besiege them and lie in wait for them in every ambush, then if they repent and keep up prayer and pay the poor-rate, leave their way free to them; surely Allah is Forgiving, Merciful (9.5).

O you who believe! fight those of the unbelievers who are near to you and let them find in you hardness; and know that Allah is with those who guard (against evil) (9.123).

Not only does Allah demand death for those who disobey his laws, but Jehovah (the Jewish name for God) does as well!

Here are actual passages from The Holy Bible:

“If a man commits adultery with another man’s wife, both the man and the woman must be put to death” (Leviticus 20:10).

“When you begin living in the towns the LORD your God is giving you, you may hear that scoundrels among you are leading their fellow citizens astray by saying, ‘Let us go worship other gods’—gods you have not known before. In such cases, you must examine the facts carefully. If you find that the report is true and such a detestable act has been committed among you, you must attack that town and completely destroy all its inhabitants, as well as all the livestock (Deuteronomy 13:12-15).

This is what the Lord of Heaven’s Armies has declared: I have decided to settle accounts with the nation of Amalek for opposing Israel when they came from Egypt. Now go and completely destroy the entire Amalekite nation—men, women, children, babies, cattle, sheep, goats, camels, and donkeys” (1 Samuel 15:2-3).

And both Islam and the Old Testament demand severe physical punishments.

“If two Israelite men get into a fight and the wife of one tries to rescue her husband by grabbing the testicles of the other man, you must cut off her hand. Show her no pity” (Deuteronomy 25:11-12).

These laws do not describe “peaceful” religions! Both demand justice with “no pity” for disobedience to their laws.

Christianity is based on the New Testament. The Old Testament’s requirement of capital punishments for sin was fulfilled by the cruel death of God’s own Son. Jesus took our punishment so that we would not have to bear the deadly consequences:

When we were utterly helpless, Christ came at just the right time and died for us sinners. Now, most people would not be willing to die for an upright person, though someone might perhaps be willing to die for a person who is especially good. But God showed his great love for us by sending Christ to die for us while we were still sinners. And since we have been made right in God’s sight by the blood of Christ, he will certainly save us from God’s condemnation. For since our friendship with God was restored by the death of his Son while we were still his enemies, we will certainly be saved through the life of his Son. So now we can rejoice in our wonderful new relationship with God because our Lord Jesus Christ has made us friends of God (Romans 5:6-11).

Islam has no new testament. “Radical Islamists” are simply taking the words of its founder and prophet Muhammad literally. Conversely, Jesus speaks of love and mercy rather than crucifying infidels and smashing the babies of idolaters against the rocks.

“For this is how God loved the world: He gave his one and only Son, so that everyone who believes in him will not perish but have eternal life” (John 3:16).

Dear friends, let us continue to love one another, for love comes from God. Anyone who loves is a child of God and knows God. But anyone who does not love does not know God, for God is love.

God showed how much he loved us by sending his one and only Son into the world so that we might have eternal life through him. This is real love—not that we loved God, but that he loved us and sent his Son as a sacrifice to take away our sins (1 John 4:7-10).

“You have heard the law that says, ‘Love your neighbor’ and hate your enemy. But I say, love your enemies! Pray for those who persecute you! In that way, you will be acting as true children of your Father in heaven. For he gives his sunlight to both the evil and the good, and he sends rain on the just and the unjust alike. If you love only those who love you, what reward is there for that?” (Matthew 5:43-46a).

The Qur’an and Old Testament are similar in demanding obedience under the threat of death, but the New Testament is truly “new.”

But back to the original question:

Are Islam, Christianity “peaceful” religions? No to both!

While Jesus teaches his followers to show love and peace to friends and enemies alike, Christianity is by its very nature divisive. It demands total and complete allegiance to Christ. But the goal is indeed peace as the apostle Paul writes.

Live in harmony with each other. Don’t be too proud to enjoy the company of ordinary people. And don’t think you know it all!

Never pay back evil with more evil. Do things in such a way that everyone can see you are honorable. Do all that you can to live in peace with everyone (Romans 12:16-18).

Graeme Wood in The Atlantic argues that the Islamic State of Iraq and Syria (ISIS) is true to Muhammad’s teachings and actions:

The reality is that the Islamic State is Islamic. Very Islamic. Yes, it has attracted psychopaths and adventure seekers, drawn largely from the disaffected populations of the Middle East and Europe. But the religion preached by its most ardent followers derives from coherent and even learned interpretations of Islam.

Virtually every major decision and law promulgated by the Islamic State adheres to . . . the prophecy and example of Muhammad, in punctilious detail.

Muslims who call the Islamic State un-Islamic are typically, as the Princeton scholar Bernard Haykel, the leading expert on the group’s theology, told me, “embarrassed and politically correct, with a cotton-candy view of their own religion” that neglects “what their religion has historically and legally required.” Many denials of the Islamic State’s religious nature, he said, are rooted in an “interfaith-Christian-nonsense tradition.”

It seems to me that truly peace-loving Muslims need to create a “Reformed Islam”—and remove the vengeful, violent aspects of the religion—or stop calling themselves Muslims. There are some very good moral principles in the Qur’an, but those are intertwined with brutal and deadly punishments for those who don’t follow them.