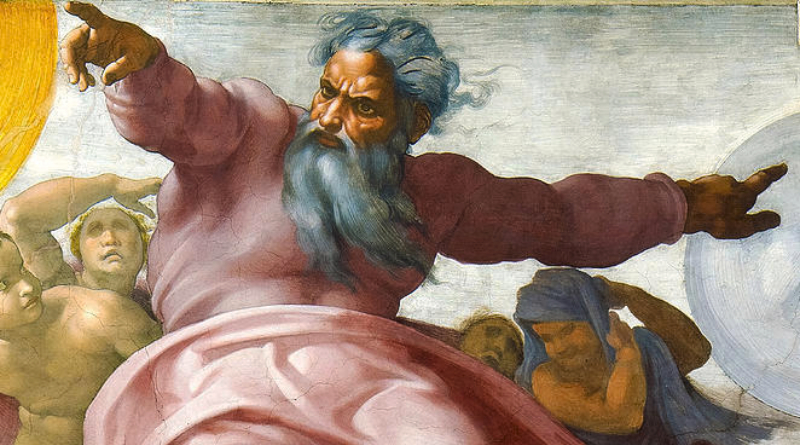 Rather than a book of answers or a systematic theology, the Bible is a book full of mysteries and intriguing clues: God is three yet one; Christ Jesus is completely God and at the very same time completely human; and God is raising up leaders while on election day, voters in democracies can freely electing officials.

The prophet Daniel wrote that God “controls the course of world events; he removes kings and sets up other kings” (2:21). Curiously, this was written while the Jewish people were under Babylonian captivity. And the apostle Paul wrote “Let every person be subject to the governing authorities. For there is no authority except from God, and those that exist have been instituted by God” (Romans 13:1). He continues that authorities are “God’s servant[s] for your good” and “ministers of God” (Romans 13:4, 6). Mysteriously, he wrote that passage while under Roman occupation with deranged dictator, Nero, in authority.

So, are God’s purposes accomplished in human election?

I have a degree in theology and so, with complete confidence, I can emphatically state, “It’s a mystery!” I do, however, know this:

God has a record of working through pagan rulers

Pharaoh’s heart was influenced by God to do His will. “For the Scripture says to Pharaoh, ‘For this very purpose I have raised you up, that I might show my power in you, and that my name might be proclaimed in all the earth'” (Romans 9:17).

Cyrus the Great, ruled “the four corners of the World” and followed Nebuchadnezzar II, who had destroyed Jerusalem and taken the Israelites captive into Babylon. God declares “I will raise up Cyrus in my righteousness: I will make all his ways straight. He will rebuild my city and set my exiles free, but not for a price or reward, says Yahweh Almighty” (Isaiah 45:13). And so, Cyrus also returned the gold and silver that Nebuchadnezzar II had plundered from the Temple. (Ezra 6:3-5) And in the last century, when the creation of the nation of Israel was being championed by President Harry Truman, he boasted “I am your Cyrus.”

Artaxerxes continued Cyrus’ favorable treatment of the Jewish people, assigning the prophet Ezra the oversight of the Jewish resettlement in Jerusalem in 457 B.C. In the king’s twentieth year, he authorized Nehemiah to rebuild Jerusalem’s walls after learning they were is disrepair and even ordered supplies be provided.

Alexander the Great conquered much of the known world in 334-326 BC. As a result, Greek was a universal trade language at the birth of Christianity. And the Roman’s world conquest provided major highways that connected the world centers of power.

So, when we read in Acts 8 that persecution caused early Christians to flee, the Roman infrastructure allowed them to take the gospel to the ends of the earth on well-built roads. When the written gospel needed to be proclaimed, the universal Greek language provided the perfect medium. And if persecution had not broken out in Jerusalem, the early Christians may have been content to stay in the holy city, ignoring Christ’s command to “go into all the world.”

God has a record of working good out of evil

But God’s workings are often a mystery to his children. It’s hard to imagine Adolph Hitler, who was responsible for over 12 million deaths, as being sent for the world’s good. Or, worse, that Mao Ze-Dong, who ordered the death of as many as 78 million of his own people, was God’s servant.

One of the clues to this mystery may be Romans 8:28: “And we know that for those who love God all things work together for good, for those who are called according to his purpose.”

Does God personally put specific political leaders in places of authority? I have no clue! Does God work those leaders’ benevolent and brutal actions for His ultimate purpose? Absolutely!

1. Ask God for discernment to choose candidates who best—although. probably imperfectly—reflect God’s principles and values. Then, get out and vote for those candidates.

3. Pray for those elected. Even those you voted against! As Paul urged the early church—under the rule of Nero—”First of all, then, I urge that supplications, prayers, intercessions, and thanksgivings be made for all people, for kings and all who are in high positions, that we may lead a peaceful and quiet life, godly and dignified in every way” (1 Timothy 2:1-2).