Is depression a gift?

University studies have shown the people with clinical depression tend to be more creative, more empathetic and deeper thinkers than “normal” people.

What I had always viewed at a curse has become a gift. Here’s what St. Paul writes:

All praise to God, the Father of our Lord Jesus Christ. God is our merciful Father and the source of all comfort. He comforts us in all our troubles so that we can comfort others. When they are troubled, we will be able to give them the same comfort God has given us” (2 Corinthians 1:3-4).

And so, clinical depression has made me a more creative, empathetic, and compassionate person to encourage people through my writing and speaking. And God can turn your weakness into a strength as I describe in this brand new video.

If you find this video helpful, please share it on your social networks. Thanks!

Hope and humor and Halloween 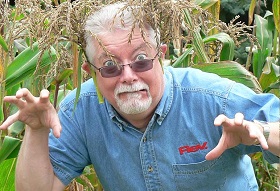 Welcome to my annual look at really creepy stuff. Don’t read alone!
• Are demons, exorcisms real?
• Are there really ghosts?
• Harry Potter: the good, the bad, the muggly
• Ouija: It’s not just a game
• Psychic secrets revealed
• Should Christians celebrate Halloween?
• Talking to the dead
• Top ten reasons Halloween is a strange holiday
• The Why Files: My book on the supernatural
• Vampires, werewolves real!
• Which witch is which?

Being a citizen of earth and heaven 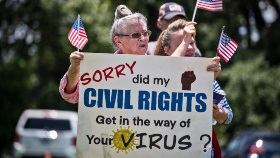 I keep hearing—often from Christians—that wearing masks and socially distancing during this global pandemic are infringements on freedom. “My civil rights are being trampled.”

May I gently suggest Christians have no freedom, except from sin:

Fall is my favorite season with cooler temperatures, fresh cider and spectacular colors!

As the chlorophyll—the green pigment in leaves—drains from trees, we see the true colors of the red and yellow maples, yellows of birch and reddish-purple of dogwoods. Their true colors come shining through in fall.

For that reason, this season always challenges me to show brighter and bolder colors as I age. I want my “autumn years” to be spectacular! So, here’s what I’m aiming for as God displays His amazing artwork. [More of God’s artwork] 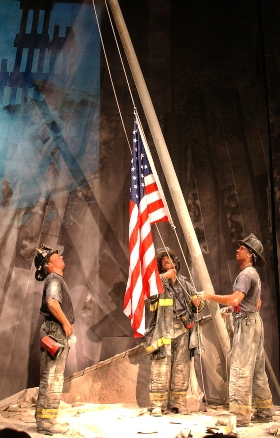 Here are some of my thoughts posted within hours of the original attack and throughout the subsequent years. I trust they’re helpful in dealing with the shock, anger and grief of that day and continuing attacks.

Reacting
• Dealing with death and grief
• “bin Laden, kiss my pass!” (September 10, 2003)
• Talking to your children about terrorism

Reasoning
• Hope amid horror (September 11, 2006)
• What motivates terrorists?
• Taking the terror out of terrorism

What are your thoughts on the anniversary of 9/11? Please leave a comment below.

Do you have the worst job? 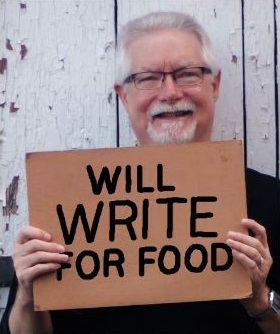 Happy Labor Day! Here in the States, we’re celebrating labor by taking the day off!

However, not everyone loves his or her job, so I have in my right hand, direct from CareerCast.com, today’s category: Ten top worst jobs in America. The company took a look at 200 jobs and ranked them based on a variety of criteria, including “income, outlook, environmental factors, stress and physical demands.” (Of course, my first question was “Am I on the list?” And second, “Where does “survey-taker” rank on the list?”)

God is on our side! And theirs?

America has always been more “un-united” than “United” during my lifetime: deadly race riots, protests of unpopular wars, bitter political fights creating years of deadlock. Today, the States seem less United than ever, but keep in mind that less than 150 years ago, Americans were killing each over the issues of government sovereignty and slavery. And both sides sincerely believed that God was on their side! Sound familiar?

So, deep divisions are nothing new. Here’s one of my newspaper columns from 16 years ago that is even more relevant today: [Continue reading]

In reading through the Bible, I came across this blessing that Jacob bestows on his son Naphtali:

Some translations render it as “It bears beautiful fawns,” but the Hebrew word is ‘êmer: “utterance, speech, word, saying, promise, command.”

On further study, I found that “Matthew Poole’s Commentary” notes that the deer is “not shut up in some little enclosure, but wholly left to its own freedom.” “Barnes’ Notes on the Bible” describes it as “free on its native hills, it roams with instinctive confidence and delight.” [Continue reading]

This global pandemic has infected millions of believers with serious questions about unanswered prayer and unfulfilled promises. Why did I lose my job? Why did my friend die? Why did God allow COVID-19? Here’s my attempt to provide some answers.

And for posts on talking to your children about coronavirus, God’s role—or non-role—in the deadly outbreak and ten ways God may be working good out of this tragedy, visit Calming coronavirus concerns. 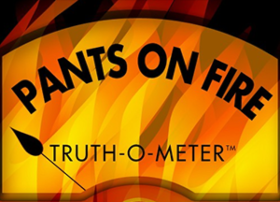 Pop quiz! Which of the following claims have appeared on social media and news sites?

U.S. government introduced the coronavirus in 2018

Coronavirus is bioweapon engineered by the Chinese government

Coronavirus no worse than the common cold