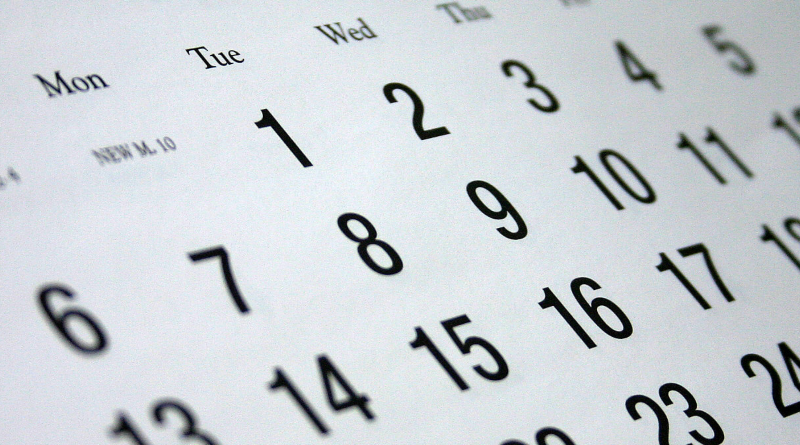 The tabloids are no longer making their outrageous predictions for the New Year. (Perhaps my mocking of their dismal record had something to do with it.)

So, let me make some of my own predictions for the coming year. (Well, actually, I’ve stolen them right out of the Christmas story in the Gospel of Matthew.)

God has a plan for our relationships this coming year

And Jacob the father of Joseph, the husband of Mary, of whom was born Jesus, who is called Christ. Thus there were fourteen generations in all from Abraham to David, fourteen from David to the exile to Babylon, and fourteen from the exile to the Christ (Matthew 1:16-17).

Relationships were far less complicated in the early Mideast. There were no concerns about “Will he ask me out?” or “Where should we go on a date?” Marriages were arranged by your parents. But even here, the parents had absolute free choice in selecting their future in-laws. But God was working out the details so His Son would have the perfectly predicted lineage. (Somehow God has no problem reconciling His sovereignty and our freewill as we will see.)

God doesn’t merely predict something, then sit back and wait for it to happen. He is intimately involved. Matthew 1:22 assures us that all this took place to fulfill what the Lord has said through the prophet.

This coming year, God will orchestrate the relationships in our lives. He will arrange for us to meet those who need our help, friendship and love.

God has a plan for our schedule this coming year

After Jesus was born in Bethlehem in Judea, during the time of King Herod, Magi from the east came to Jerusalem and asked, “Where is the one who has been born king of the Jews? We saw his star in the east and have come to worship him.

God had some serious logistical problems to work out. Mary and Joseph were from Nazareth. Bethlehem was a one-donkey town that wasn’t exactly known for its tourist trade. Why should Christ be born there? August Caesar, not know for his closeness to God (other than thinking he was God) commanded all to return to their ancestral birthplace for a census. Augustus had absolute freewill in calling for a census, but God’s providence worked out all the details.

Amazingly, baby Jesus wasn’t born halfway between Nazareth and Bethlehem. Babies rarely arrive on their due dates! And walking several days or riding on a donkey could have easily started early labor. But God’s timing is always perfect.

Then there is the Bethlehem star. In those days, observing signs in the skies was considered a science. And the magi of Persia were trained in science, philosophy and religion. Could it be that God used the “scientific knowledge” of the time to proclaim His Son’s birth?

According to computer programs, during that time, Jupiter (known then as the King star) and Venus (Virgin Mother) joined Regulus (also a king star) in the constellation of Leo (the Lion King). Jupiter and Venus then rose as the brilliant morning star. Did the magi interpret these signs to mean the birth of “The Lord of Lords and King of Kings;” “The Lion of the Tribe of Judah;” “The Bright and Morning Star”?

Several months later, Jupiter moved across the sky and because of its normal orbit appeared to stop in the sky. From the perspective of Jerusalem, it would have appeared precisely above Bethlehem on December 25! If, as some believe, the star of Bethlehem was Jupiter, this dramatically emphasizes God’s incredible timing. Since creation, His cosmic clock has kept perfect time.*

And this same God can work out the timing of each event in our lives. It is this promise that can allow us to wait patiently rather than become frustrated with schedules and deadlines in the coming year.

God has a plan for our location this coming year

I’m sure the cynics in early times scoffed at the Bible’s prophecies. I can hear them sneering, “Micah says Christ will come out of Bethlehem, Hosea says Egypt and another says Nazareth! See, the Bible is always contradicting itself!”

But Herod’s threat on the life of Jesus sent Mary, Joseph and the baby fleeing from Bethlehem to Egypt.

And so was fulfilled what the Lord had said through the prophet: “Out of Egypt I called my son” (Matthew 2:15).

On their return they discovered that Herod had been succeeded by none better. Once again they fled Bethlehem and moved back to Nazareth.

So was fulfilled what was said through the prophets: “He will be called a Nazarene” (Matthew 2:23).

God’s providence extends to our very location. If a major move is in this coming year, we can be assured that God has worked out all the details. His providence applies to even personnel managers!

If God is in control, why did He allow Herod to order the murder of innocent babies? Why are God’s children the victims of war, crime, injustice and divorce?

While God is directing history, He is also allowing humankind free choice. Herod misused his freedom—to put it mildly. He murdered his wife, his mother-in-law and three of his sons. And, so there would be sorrow at his death, Herod rounded up the town’s leading citizens on false charges with orders to kill them when he died.

But God’s sovereignty is able to bring good out of humankind’s worst abuses of freewill:

And we know that in all things God works for the good of those who love him, who have been called according to his purpose (Romans 8:28).

Tragedy may come to anyone of us this New Year. Not all things are good! But somehow, as evidenced in the Christmas story, God’s incredible love and providence will work good out of each situation we face

And so was fulfilled what the Lord had said . . .

* I’m with the camp that believes the star over Bethlehem was God’s glory pin-pointing the exact location of Jesus. A planet could appear to be directly over a huge area on earth.

Related sites:
• The 12 Sites of Christmas
• The Christmas story in chronological order
• God is never late—but He sure is slow
• Why? Some thoughts on life’s tough questions
• Predictions for new year in cartoons

One thought on “God has a plan for new year”