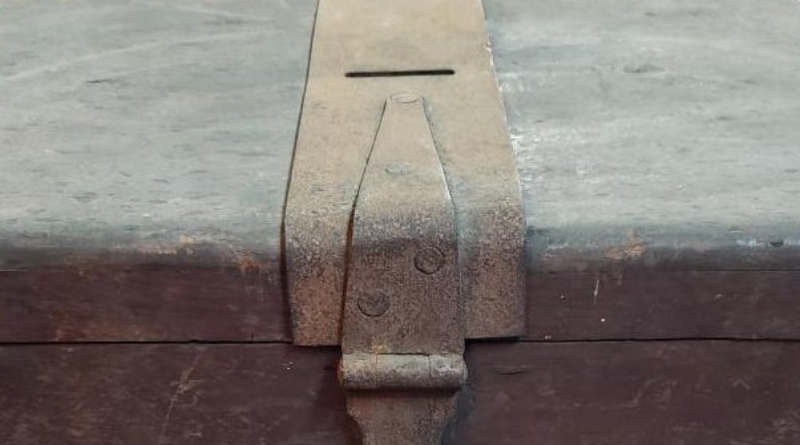 “Since President Jimmy Carter’s 1976 profession that he was born again, voters have expected a faith narrative,” reports sociologist Alan Wolfe, director of the Boisi Center for Religion and American Public Life at Boston College. “More and more candidates are going to find out that Americans are going to want them to say something about their faith and how that affects their life,”

Every presidential candidate in 2016, except the Jewish Bernie Sanders, claims to be a Christian!

There is a biblical verse that I have often read and I want to repeat it again because I feel it is so important to what we are trying to achieve right now in our country. It is from First John, Chapter 4.”

“No one has ever seen God; but if we love one another, God lives in us and His love is made complete in us.”

Imagine what our country could accomplish if it started working together as one people under one God, saluting one flag.

We need a president who understands the powerful role that faith—and communities of faith—have always played in moving our country toward justice, from the abolitionists of the 19th century, to the Civil Rights Movement of the 20th century, to the unfinished business of today.

A president who will pray with you, and for you, who will defend the dignity of every individual, and the principle of religious freedom that was woven into the moral fabric of our nation from the very beginning. Yes, we need a president who will do justice, love kindness, and walk humbly with our God.

So, WWJE? Who would Jesus elect? It’s not an easy question.

First, Jesus would warn against “people [who] honor me with their lips, but their heart is far from me” (Matthew 15:8)

Not everyone who claims to be a Christian is actually living out Jesus’ teachings. He commands not to “judge” but in the same chapter he commands us to be good jurors (Matthew 7:15-23).

Read their books. Read their blogs. Google their names. What kind of marriage(s) do they have? What have they voted for or against? What kinds of businesses do they invest in? Have Christian principles guided their behavior?

Second, Jesus would warn against those who parade their faith for personal—and political—gain.

“Beware of practicing your righteousness before other people in order to be seen by them, for then you will have no reward from your Father who is in heaven” (Matthew 6:1).

Check out their church attendance. Are they “CE” Christians? (Christmas and Easter Christians?) Are they endorsed by their pastors? Can the quote one Bible verse? Do they correctly pronounce books of the Bible?

Third, Jesus would ask, what’s your record on issues that are important to Me?

Notice that Jesus goes beyond a few “Christian” issues!

Again, look at their campaign sites? What is there position on poverty? On welcoming strangers? On abortion? On healthcare? Jesus is clear that the way we treat “the least of these” is a salvation issue, so it would be really important to him in the voting booth. (For theological “gnat strainers,” Jesus is not teaching salvation by works, but is teaching that if one is saved their works will demonstrate it.)

Fourth, Jesus would evaluate a candidate by their competency.

Several of Jesus’ parable involve good and bad stewards, honest and dishonest managers. And if they weren’t competent, the supervisor would “cast the worthless servant into the outer darkness. In that place there [would] be weeping and gnashing of teeth.”

A denominational leader warns, “A Christian bozo is still a bozo!” Don’t vote for someone simply he or she appears to be a great Christian. Are they a great leader? Can they get things done? Can they manage this country?

So ask yourself, who do you want guiding the economy? Negotiating deals with foreign friends or enemies? With his or her finger on the nuclear button?

And, fifth, Jesus would probably evaluate how the candidates treat each other based on his “love your enemies; bless those who persecute you,” “turn the other cheek” commands. What do the candidates say about each other?

Name-calling has been around in American politics at least since Thomas Paine called George Washington a “hypocrite,” “apostate,” and “an impostor.” But I can’t remember a campaign cycle like this where a candidate called an opponent a female body part!

So, don’t support someone simply because he or she spouts spiritual sound bytes.

Many candidates are counting on gullible and uninformed Christians to blindly follow like sheep! Instead, follow Christ’s warning as you carefully and prayerfully evaluate the candidates: “Be as shrewd as snakes.” You know the candidates will be!

From my James Watkins for president campaign site. “The Tupperware Party: Putting a Lid on Government.”